Post news RSS Runers is on Kickstarter and Greenlight

Hello everyone! We are proud to announce that Runers is now on Kickstarter and Greenlight!

We are proud to announce that Runers is now on Kickstarter and Greenlight!

Runers is a top-down rogue-like dungeon shooter that lets the player explore a vast dungeon and face fierce monsters and bosses. As the game advances further in to the dungeon, the player will gather Runes, which will be used to combine into more than 285 spells. AFter selecting from 13 unique races, each with a different passive ability, and 12 different classes, each with 3 subclasses offering different versions of a class ability, the player descends into a dungeon of 10 floors. Each enemy beaten a chance to drop runes. You can combine one, two, or three runes to make different spells. For example, a Fire rune on its own would just make Kindle, while a Fire and Air rune would make Flame Devil. You can also add a rune to an existing spell to increase that spells potency; for example, adding a Fire rune to Flame Devil will make the bullet go faster and do more damage. On floors three, six, and nine you face a boss, chosen from a pool of bosses for each boss tier. 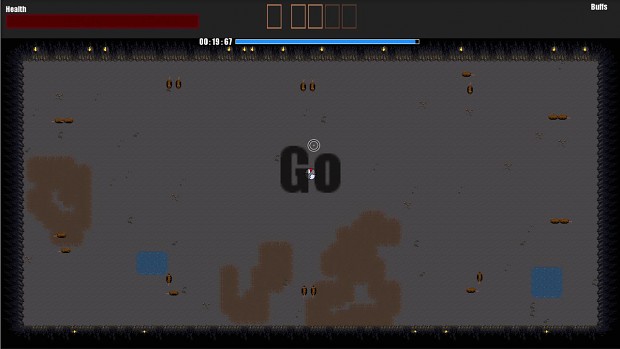 After working on this game for so long, it is a pleasure to finally have people watching and commenting on it. The Kickstarter is for us to help fund out artist, so you can probably see some of our awesome developer art next to his. We would appreciate anyone heading over to the Greenlight or Kickstarter and taking a look and commenting on what they like and don't like. 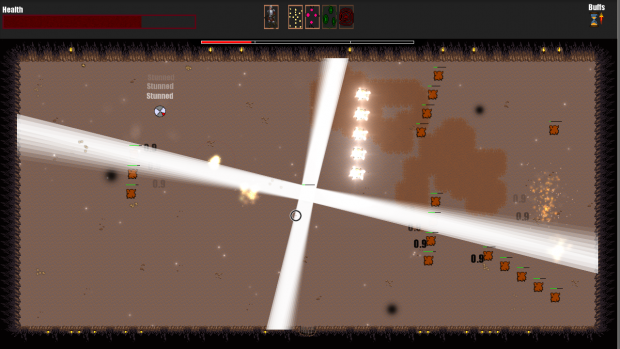 Be sure to watch out for more gameplay videos and updates as we post them.