Finally, you can download and play KarBOOM on Mac and Linux (and, as always, Windows)!

...With a wide-open level and re-introducing the Hold The Flag mutator! Hold onto the flag to reach the score limit, to accrue the most points before the time limit, or to chip away at everyone else's lives in life limit mode. 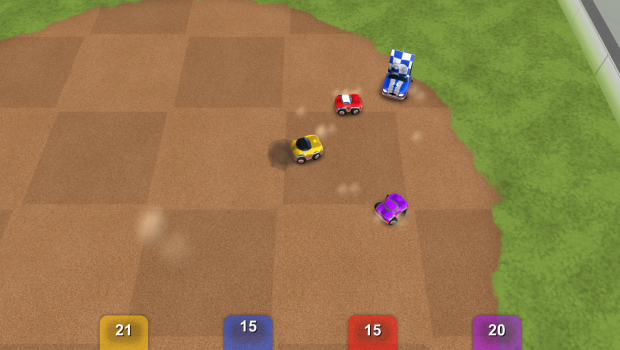 See it in action

Those reluctant to download something without seeing it in action first may want to check out this gameplay video (~3 minutes), or the extended version (~21 minutes) to see my roommate and I battle it out.

My roommate and I play some KarBOOM - Indie DB

KarBOOM is best played with other people - this is both due to people being awesome and KarBOOM's bots being stupid. While new players often see eight player slots and fill them up with bots, a game with fewer kars and interesting rules tends to be a lot more fun than a chaotic, saturated arena. Those extra player slots will be better utilised in future versions with team modes and bigger arenas. 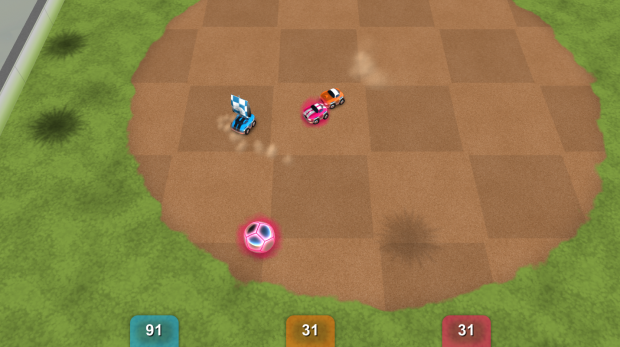 The end is in sight

I'm hoping to release the full version of KarBOOM in late October to coincide with the third anniversary of its first alpha release. You can help me out by reporting bugs and making suggestions, so I can focus on content creation as I add new game modes and levels to make KarBOOM the best it can be!

So download KarBOOM Demo 3 for Linux, Mac & Windows here at KarBOOM's downloads page. Find more info on KarBOOM's website, IndieDB, or follow @JibbSmart (me, the sole developer of this game) so you don't miss an update!