Post news RSS Just how do the towers work?

Adrift is a tower defense, but not in the traditional sense. In this update we'll run through how Adrift differs from many other tower defenses out there.

Posted by RileytheBrown on Oct 3rd, 2013

When most people think of a tower defense they picture enemies neatly marching along a predetermined path as fodder for a perfectly constructed gauntlet of towers. That works great for a lot of games, but in Adrift, well, we kind of just threw that out the window…

The most obvious difference in Adrift from many other TDs is that there is no pathing whatsoever. Enemies can strike from any angle and they can take whatever path they choose to reach the base. Our current enemy types, asteroids and pirates, behave completely differently from one another when they assault the colony. Pirates will group up and encircle the base, which they will continue to orbit as they fire volley after volley of lasers into it and the towers surrounding it. Asteroids on the other hand just kind of drift wherever they want to go, they can either float harmlessly by, or plow right through the base destroying any towers in their path and dealing massive damage to the colony. 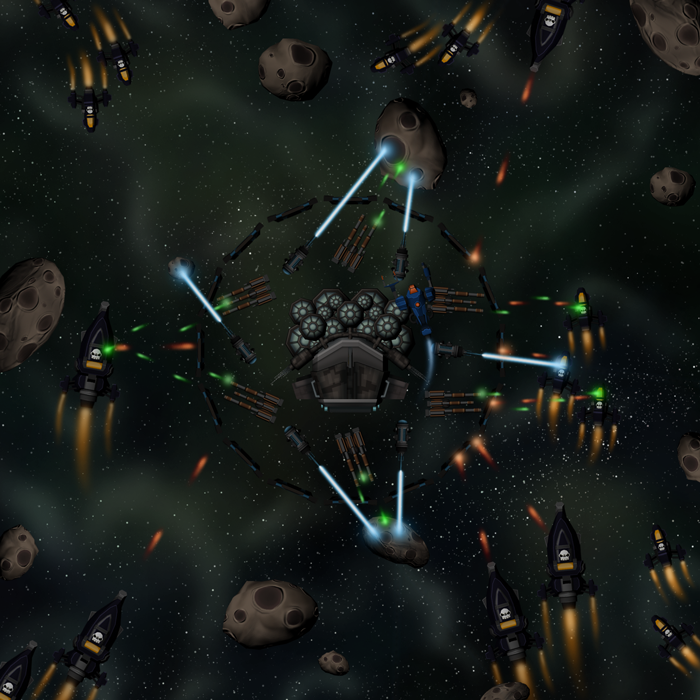 Since there are no paths, players are only able to build their towers in a small radius around the colony. This makes tower placement and selection just as important as they are in a traditional tower defense simply because of the limited space. 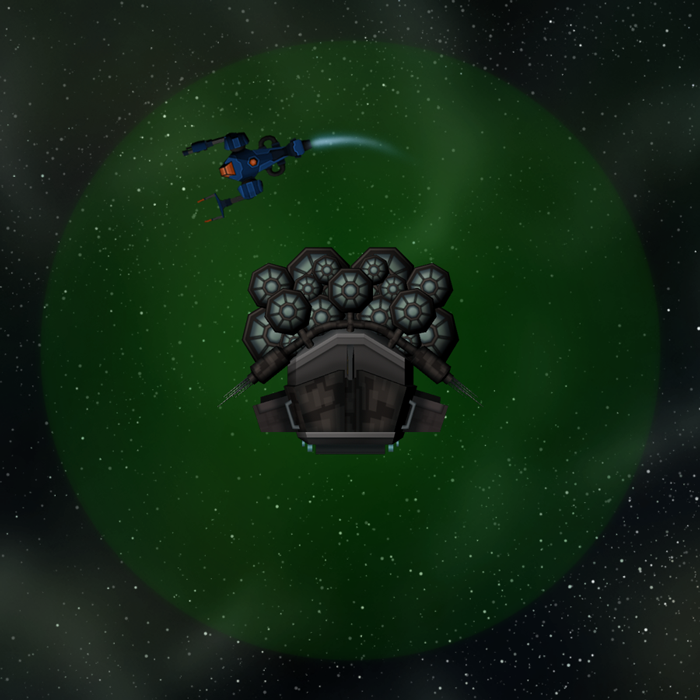 Unless of course there is a Mechanic on the team. Mechanics have the ability to build Pylons. Pylons extend the area in which towers can be built, the only problem is they take a very long time to build, during which they are extremely vulnerable to enemy attacks. The team has to cooperate in order to keep a Pylon alive long enough to get some towers up around it, at which point the towers can usually take over. 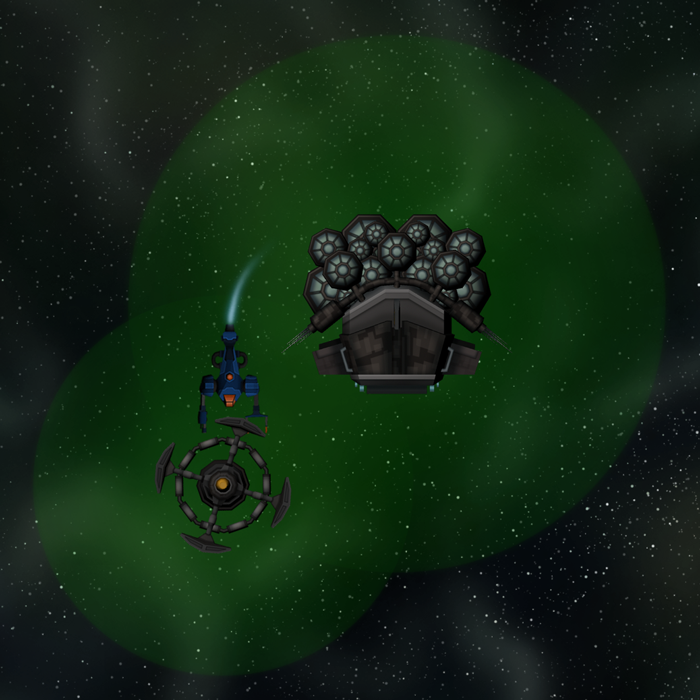 If the Pylon is destroyed, then all the towers that it was powering will go offline and will not fire until another Pylon is built within range. Unfortunately, a defenseless tower will not last long on it’s own and will most likely be destroyed long before the next Pylon is completed. 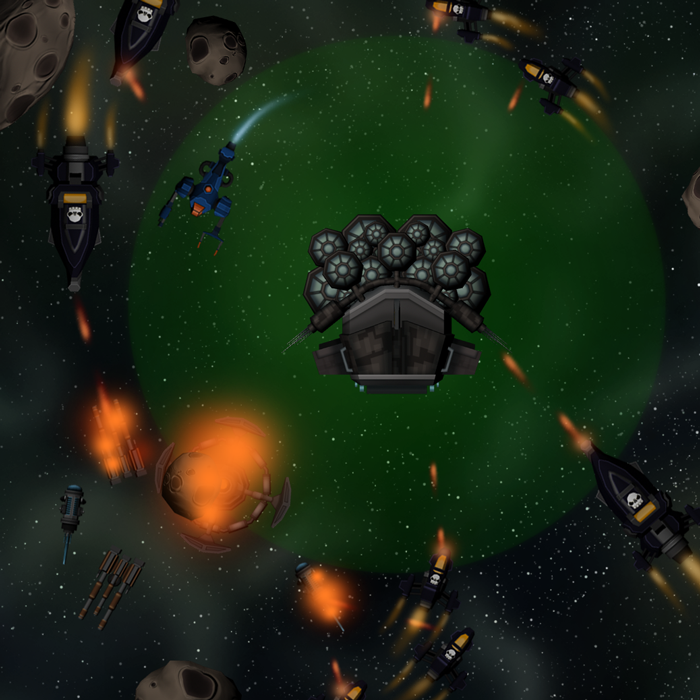 Not to worry! In Adrift, the towers are meant to be destroyed first. Towers are not a gauntlet that must be traversed by attackers before reaching the base, they are a protective armor that surrounds it. Before being able to annihilate the colony, enemies must first blow a hole in the towers and expose it. That’s not as hard as it sounds though, a well placed asteroid or large pirate fleet can wipe out even the best lineup of towers. 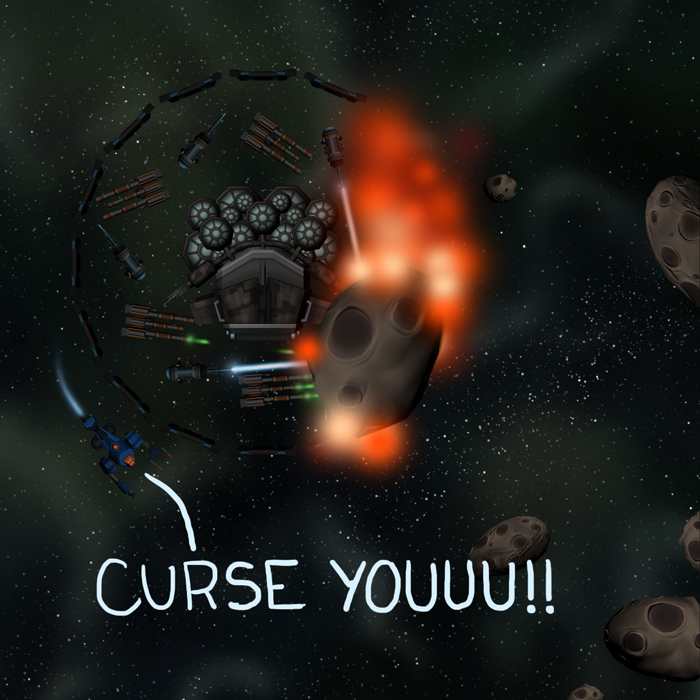 Which brings us to our final point, you don’t even have to build towers in Adrift! If the team has a good group of combat ships, they will be just as effective as a team that has towers, instead of spending their money on turrets and walls, the players can spend it on ship parts and weapons. The only difference is that the players will have to take the fight to the enemies rather than waiting for them to reach the colony. 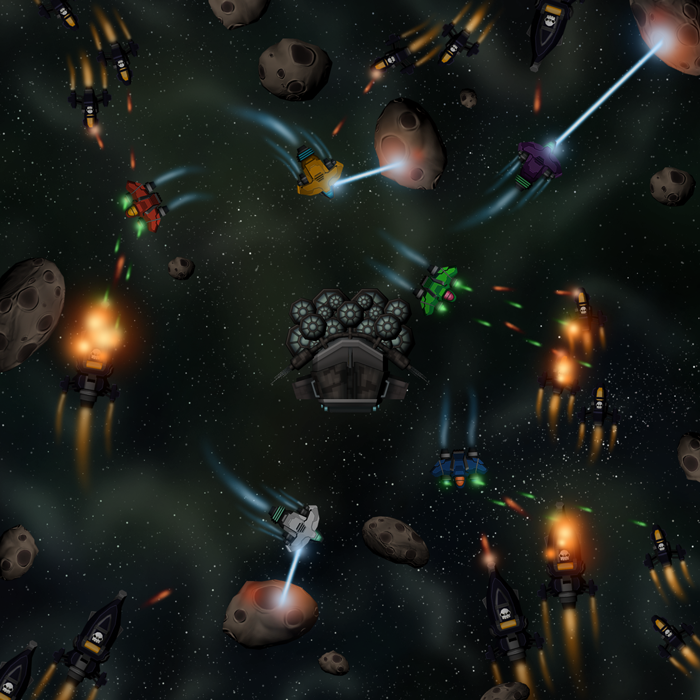