A story of project development from the idea to the beta-test version and Steam Greenlight entrance.

Hi! My name is Artem Ermakov, I’m engineer at Elephant Games studio. This post is dedicated to description of how we developed Just Bones and what we got as a result. 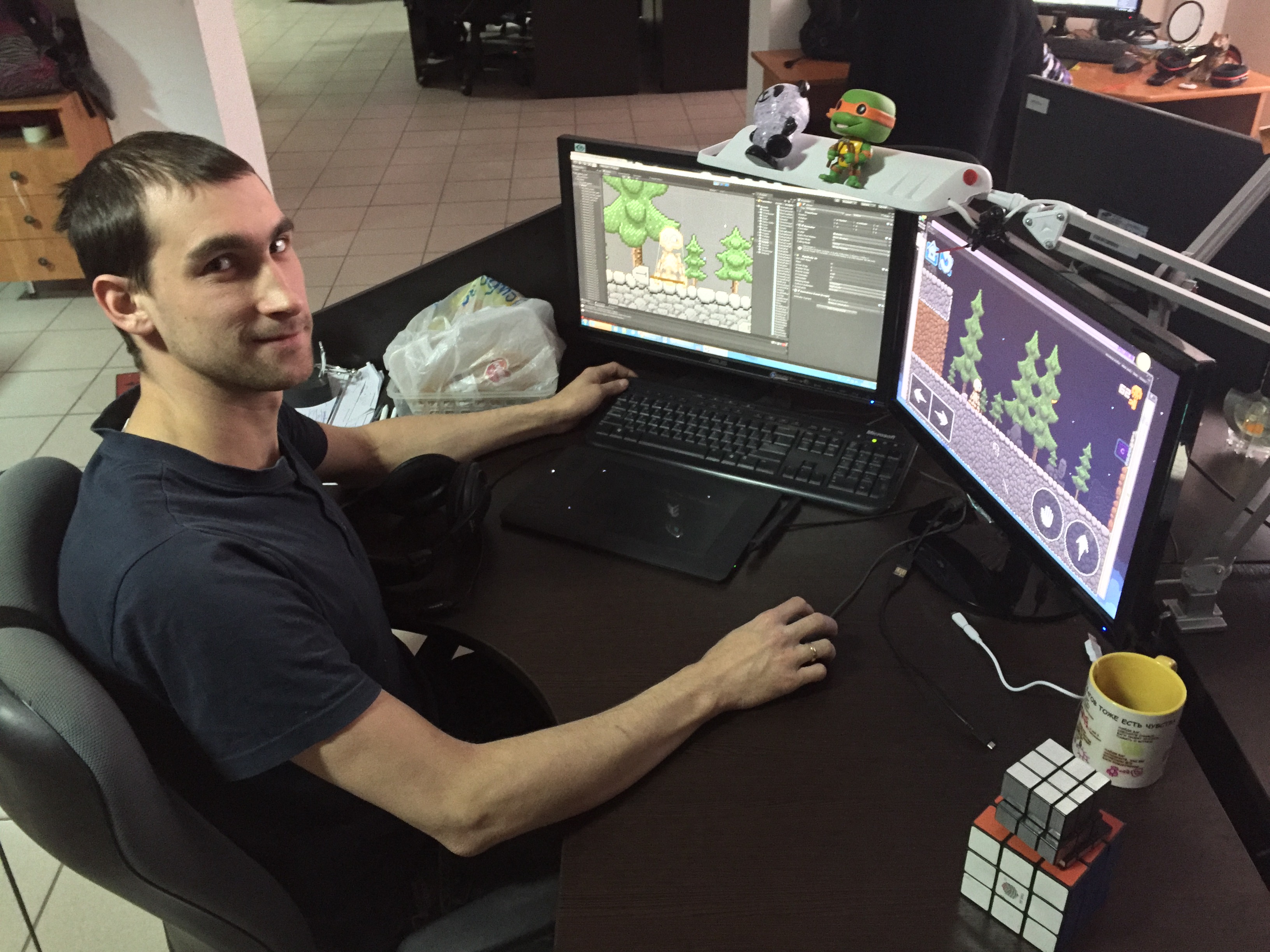 Our company announced an inner competition for overall development of employees and just for fun: anyone could invent and create a game prototype. If the inner focus group likes it, the company dedicates resources for developing a new project. I decided to take a shot.

I’ve been trying to create a card game prototype that is somehow similar to Hearthstone. During the preview, they told me that the idea was good and that I should keep doing what I do. To be honest, I was absolutely sure that the game will be a success. 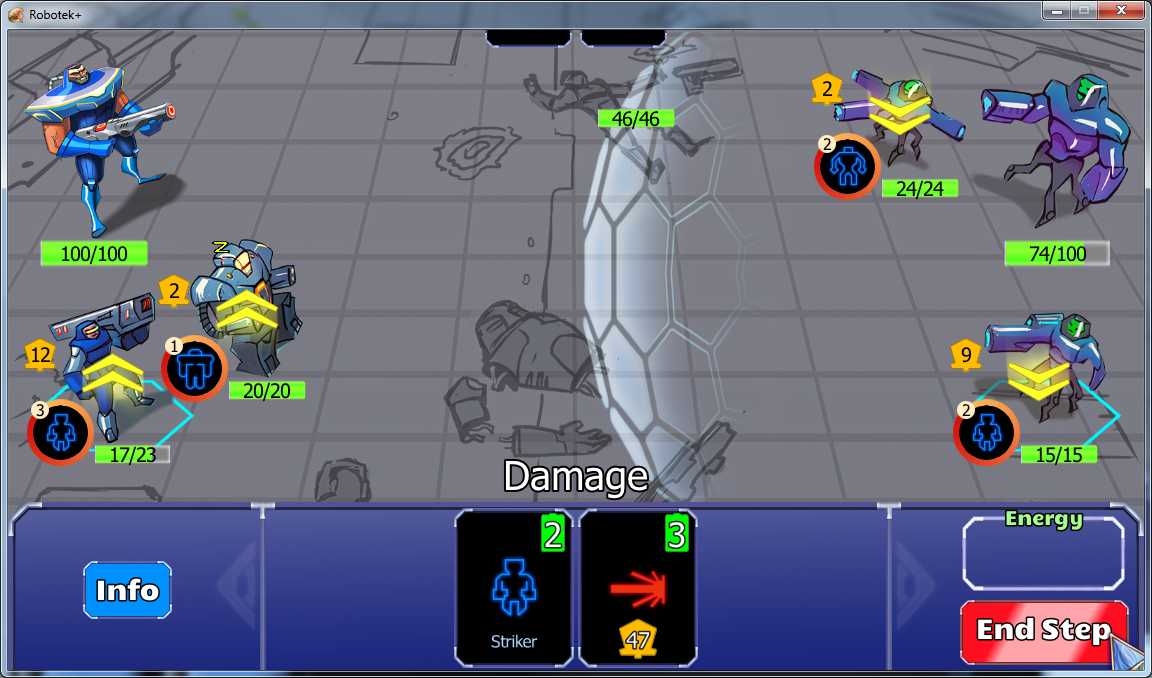 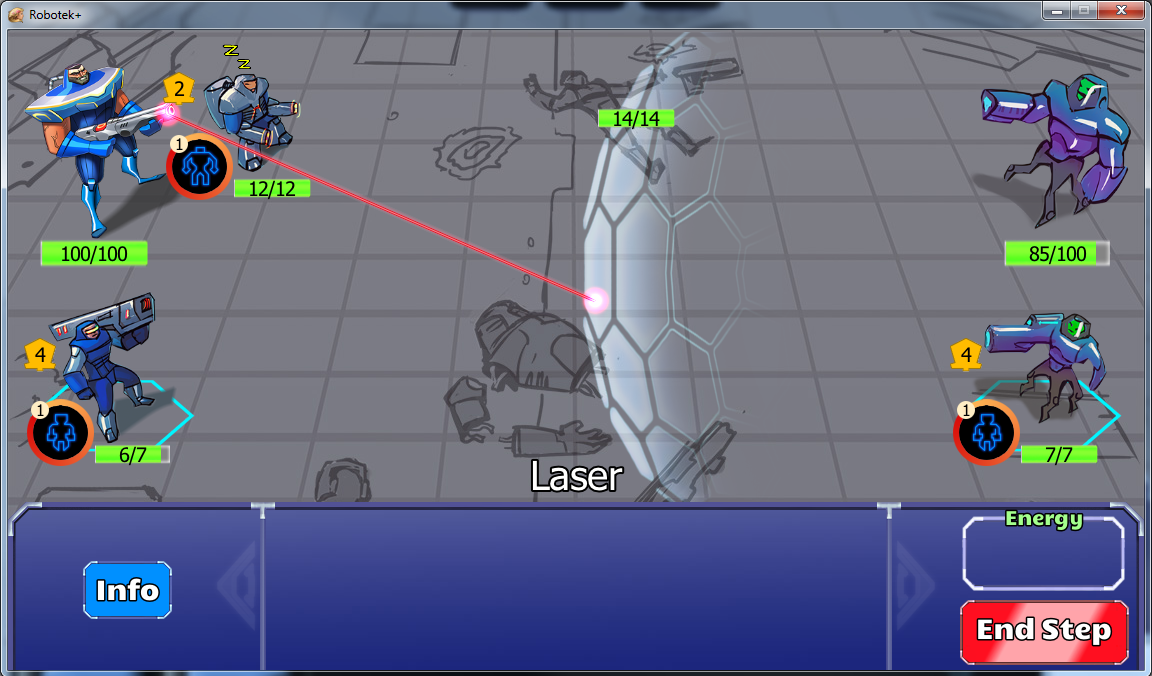 Finally, when it seemed to me that the prototype is almost perfect, the mechanics of the game is almost polished, and that the game itself, after a little bit of effort, will be on the top grossing apps list... my ambition was cut down. The reason was that by combining battler and card game I could achieve neither the dynamics of a battler nor the depth of a card game strategy. Well, between two stools you fall to the ground…

The word “frustrated” wasn't enough to describe what I felt. It’s now that I understand how impartial and far-sighted was and is that decision. Later this was confirmed by not very successful releases from Disney (“The Duckforce Rises”) and Kongregate (“BattleHand”). However back then, disappointed, I decided not to create prototypes anymore, since I spent a lot of time and received only extra experience of development.

Once I calmed down my emotions, I decided to study Unity game engine that was new to me. The most advantageous way to do that was by means of creating a game. I decided to create a platformer, since this genre is familiar to me, and during the process of studying the possibilities of the engine, I started adding small features to the game. The working title of the project was "Bones".

At first, everything looked lame. However I was only learning stuff, and with the time, the obstacles, puzzles and traps appeared on the levels. Then I decided that every new skeleton part should give a new ability. Later I invented the mechanics of falling. It seemed logical to me that in case of falling the skeleton should fall to pieces. I implemented all of this in the game. 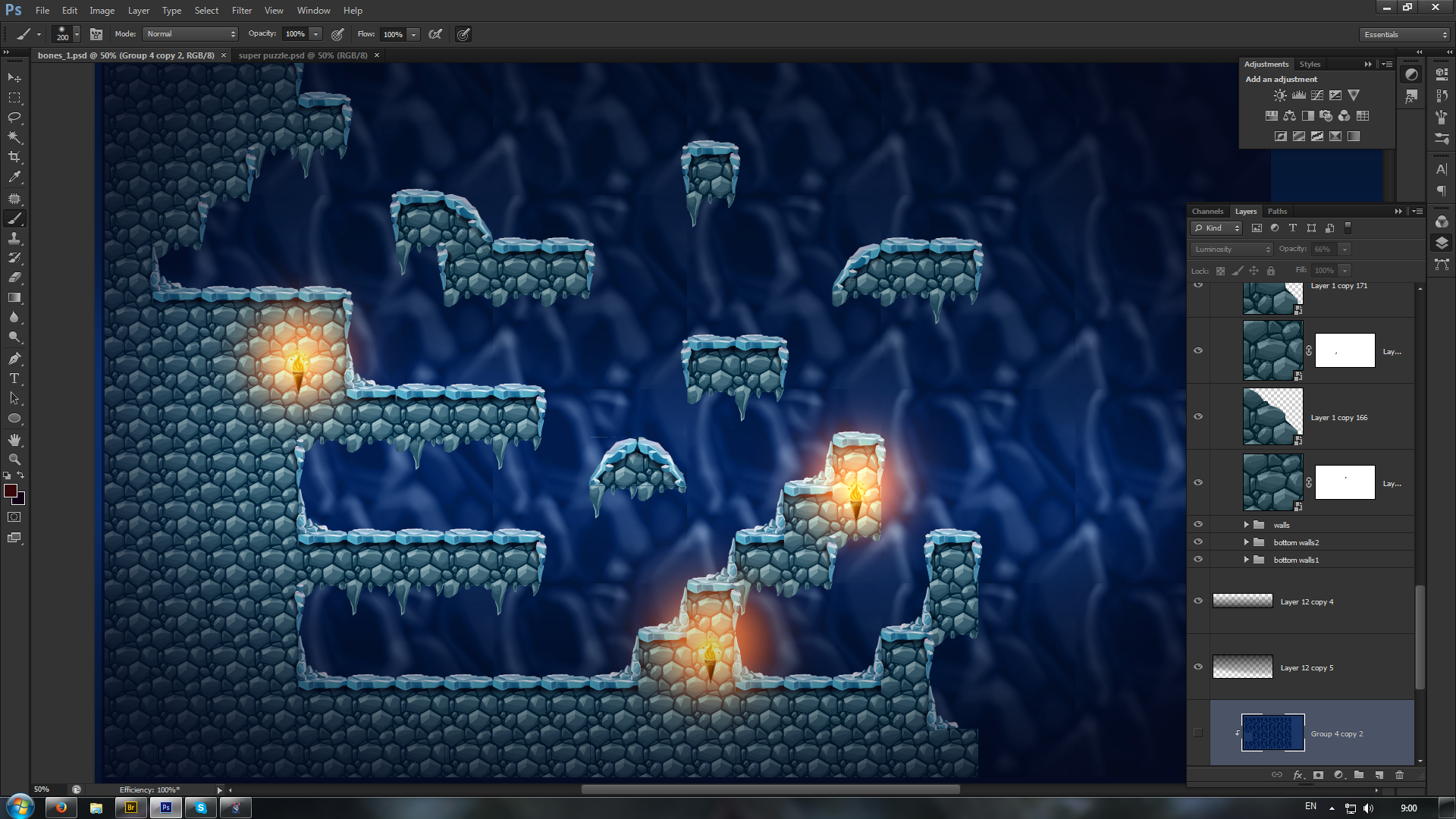 When you do something for yourself, without deadlines, you can add anything you want – any crazy idea – this gives you a large opportunity for creativity! I tried to make a game that I would eagerly play myself. Obsessed with the idea, I created a rather solid prototype before I knew it. During the next preview, everybody liked it, and it was approved for further development. In fact, I’m developing this project up to now.

Generally, at first I tried to use help of the artists for creating the art. The artists did their best to help me, but they have their schedule of the main projects that is the top priority for them. I might have to wait for a long time. That’s why I decided not to wait anymore and to try and create the art by myself. I like to draw, but I have no special education. That’s how the idea of drawing everything in pixel art style came to my mind.

At first, I converted the skeleton into pixels, and then I drew the entire environment from scratch. When I had free time, I watched the lessons of pixel art. I often drew a new level element, implemented it in the project, and only then that I assigned the means of interaction to it, though in fact it should be vice versa. By the way, an artist helped me draw the interface later, after all. However, the art of the levels is created by me. 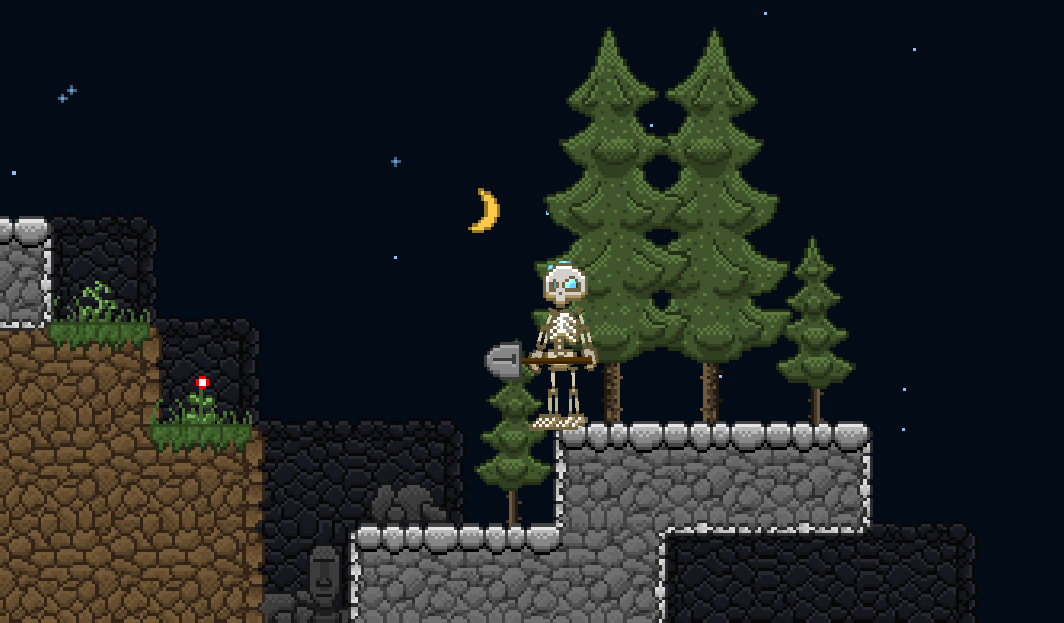 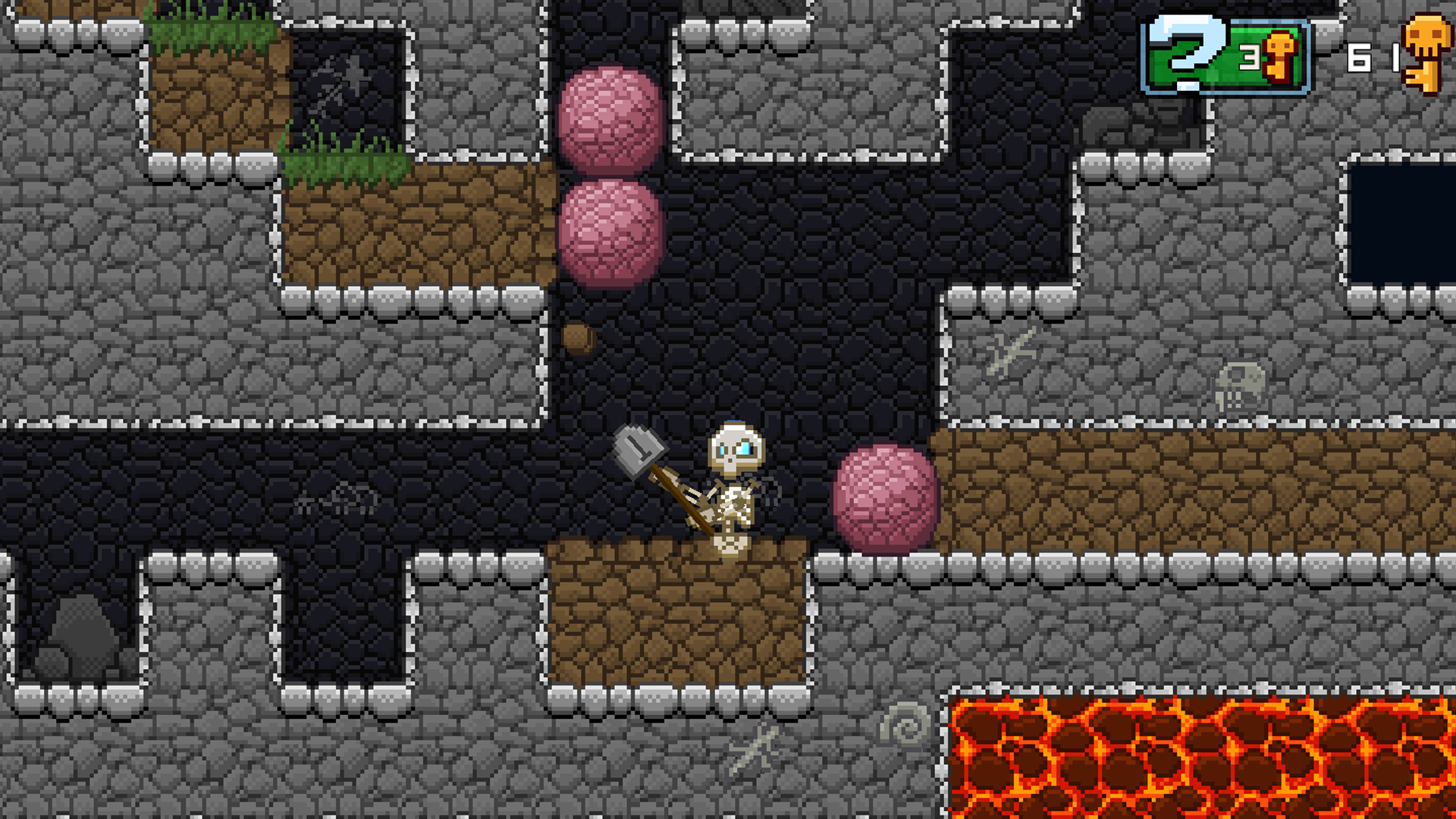 However, the animations were a sweaty piece of work: pixel art animations should be frame by frame, but it seemed very hard for me as a novice. I had to do a clever trick – I used angular and scale animations.

Apart from that, I had to create the level editor for myself. A user-friendly editor is very important for a platformer (and not only for a platformer). The more time you dedicate to making it, the simpler and the more fun it will be to create new levels. That’s why I was generous when creating the editor – I drew a separate interface for it. A pixel art one, of course.

I also wrote the music by myself – three soundtracks in all. 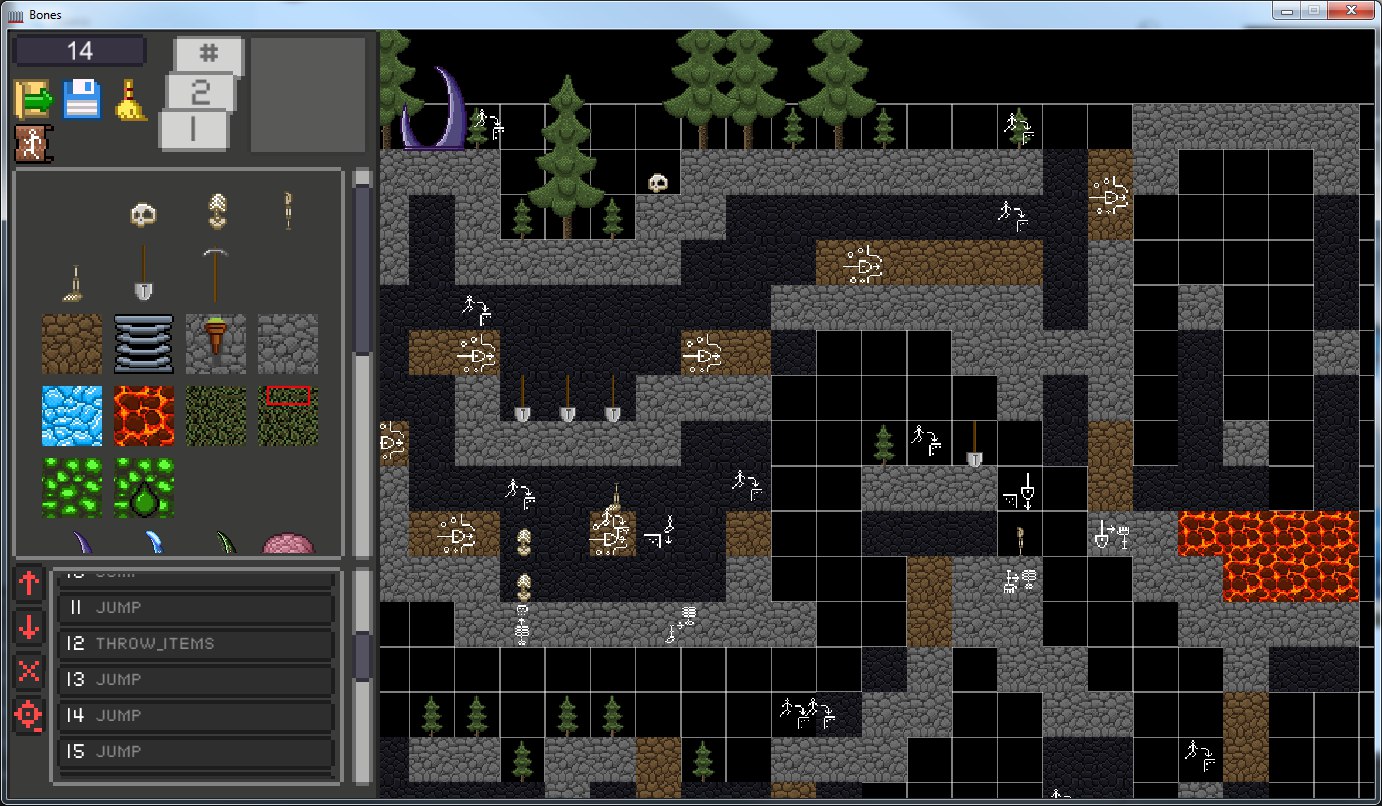 Recently I decided to implement the feature for recording the walkthrough. I drew and added the panel that allows to start recording (at any point) the gameplay and the player’s face – by means of front camera – and then to share the resulting video with friends. This seems fun.

Currently Just Bones is in Beta testing phase. We plan to release the game on Steam and in Google Play. We just added the game to the Greenlight (Steamcommunity.com). For us, Greenlight is a completely new story that promises a big amount of works on acquiring the players on our own and creating a community around the project. At this point, I want to thank all the developers who shared their experience in articles and blogs. This helped me believe I can make it. If Just Bones is successful, we’ll be able to share something as well.

We chose Android platform on purpose – the cost of install on it is much cheaper than on iOS. However, if Steam and Google Play are a success, the game will be on AppStore as well.

The release version will offer the players three big locations, and each of them contains 15 levels – the work on them is already finished. Currently I’m fixing all the bugs in Android version and thinking of the future updates. I have some ideas that I would like to implement.

Thanks for your attention! J