June 3, 1940 was the last day of the Dunkirk evacuation. The Battle of Dunkirk was a part of the larger Battle of France on the Western Front. By May 21 German forces had trapped the British Expeditionary Force, the remains of the Belgian forces, and three French field armies along the northern coast of France. The War Office made the decision to evacuate British forces on May 25 and began planning a withdrawal to Dunkirk, the closest port. 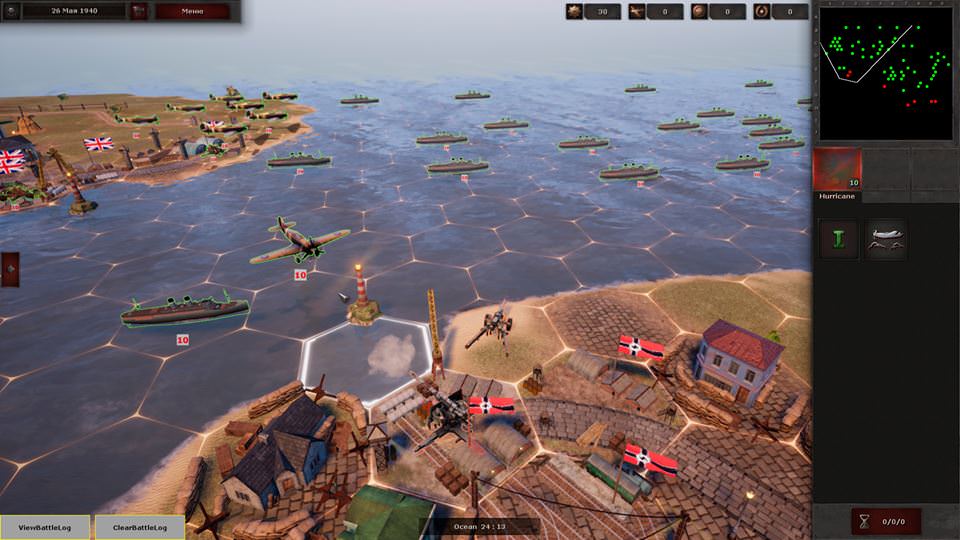 The evacuation of Allied soldiers from the beaches and harbor of Dunkirk known as the Miracle of Dunkirk was code-named "Operation Dynamo".

Battle of Dunkirk will be the fifth scenario in Panzer Strategy and we will reproduce conditions of this dramatic battle. The scenario мap corresponds to the historical theatre of military operations during the Battle of Dunkirk. The troops, roads, cities and other objects are located at the historically accurate positions.

The German army was to halt for three days, which gave the Allies sufficient time to organize the Dunkirk evacuation and build a defensive line. Despite Luftwaffe attacks on British transport vessels, in the nine days, 338,226 men escaped aboard 861 vessels (243 were sunk during the operation). Luftwaffe lost about 135 aircrafts.