In this devlog: Escudo's outlines are all done, the game's tutorial, practice Mode, and versus options.

𝕵uly has finally come and it won't be long till the new demo arrives. 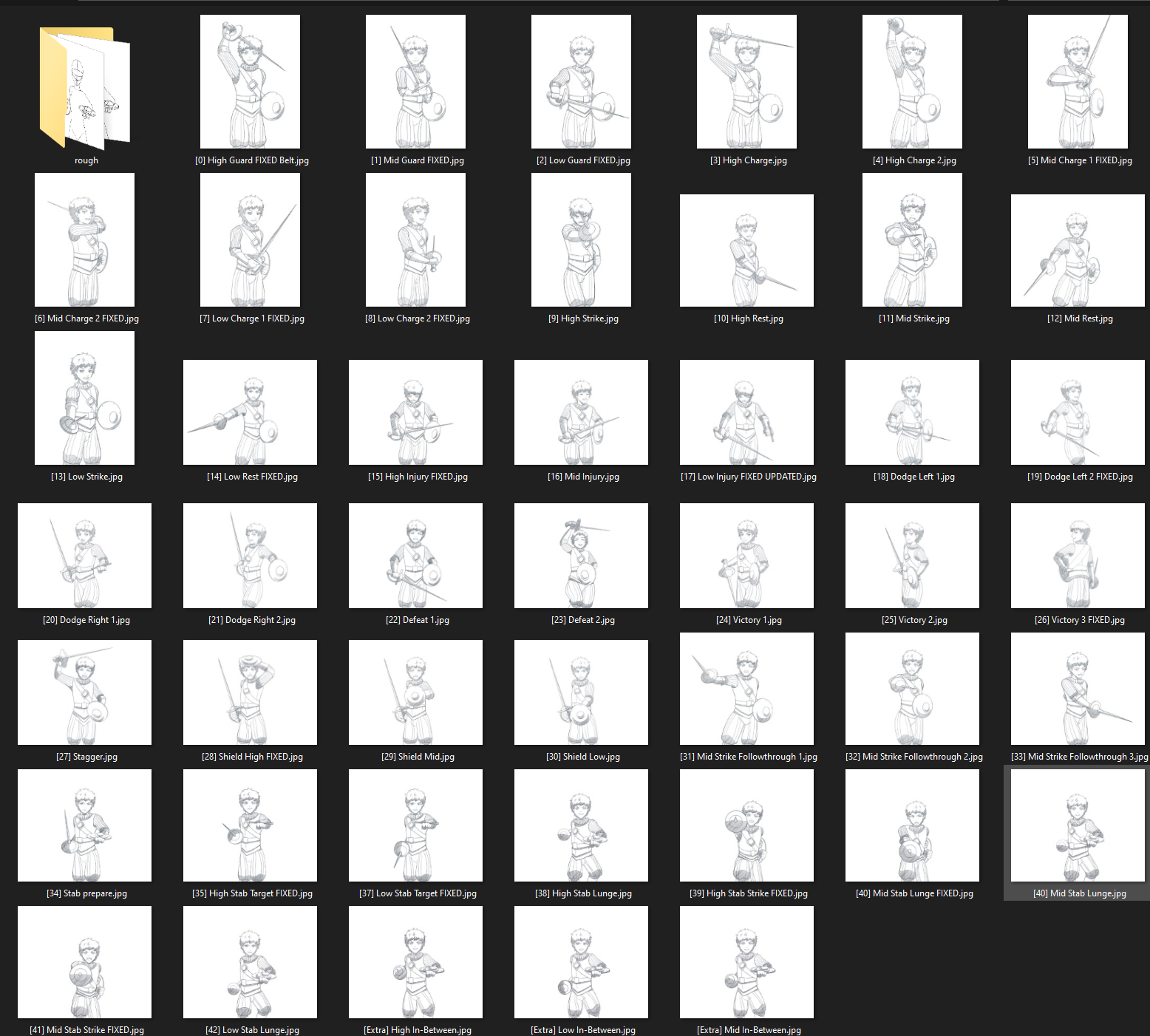 While Escudo's outlines were being finished, I continued to build the rest of the game. One of the features that was first worked on was the tutorial. It's fairly simple right now as it is just text with some opportunities to try out the moves, but playing the tutorial after leaving it alone for a while, I realized it needs more work to be both engaging and a teaching tool. I don't know what else I can add as I'm concentrating on getting everything up and running by this month so I will be investigating other tutorials and see what I can do to enhance the current one. 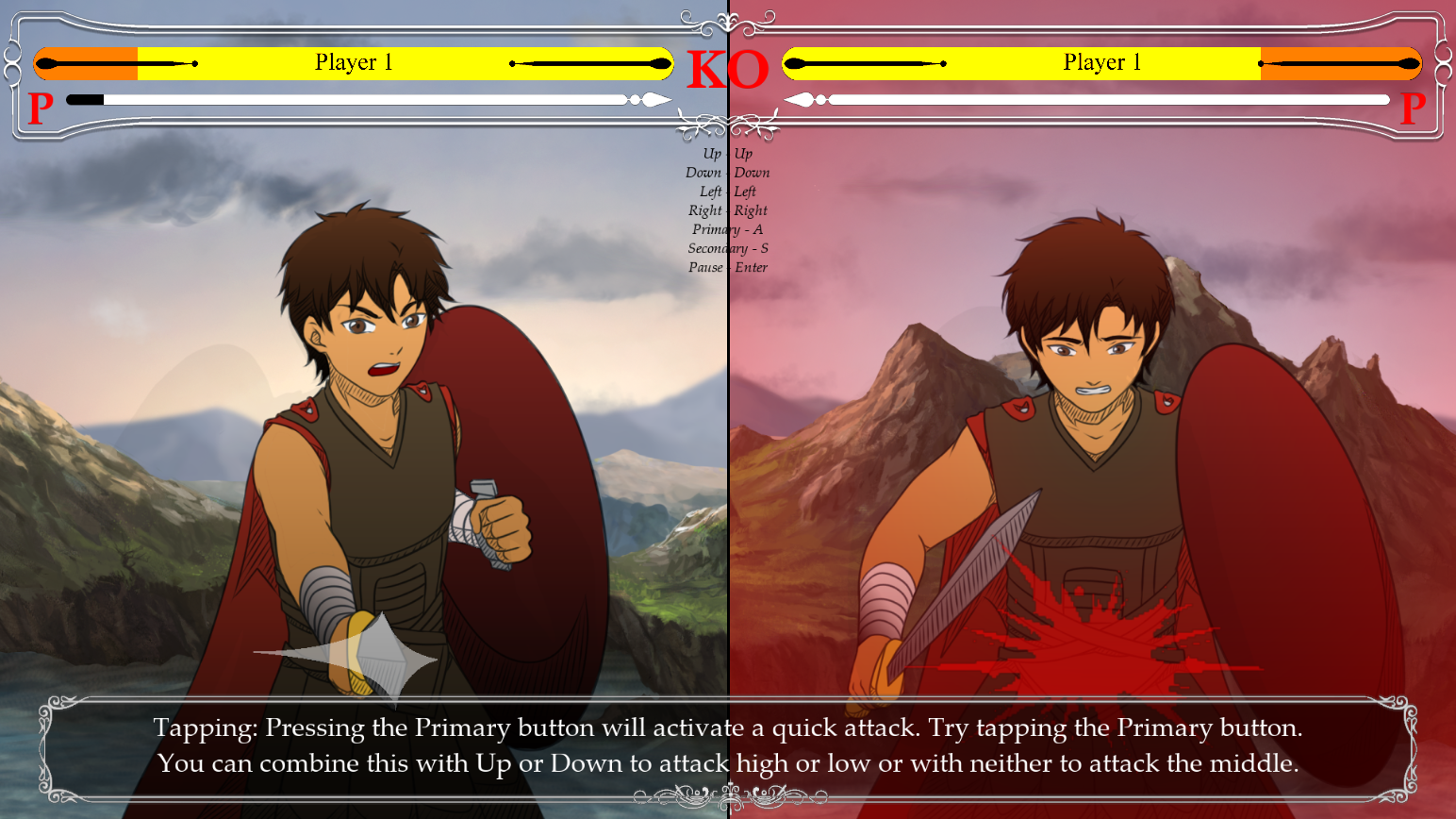 Another equally important feature that needs to be in the demo is the practice mode, which I'm happy to say is practically finished. I only need to add the 5 preset difficulties but even without that, I feel the practice mode is sufficient. You can edit the health regeneration, the room speed, even make the game move frame by frame. On the left side are stats with a glossary should you need to know what they are, and while you will eventually get to choose a difficulty for the AI, there is already a feature in practice mode that allows you to customize the AI's moveset to practice with. 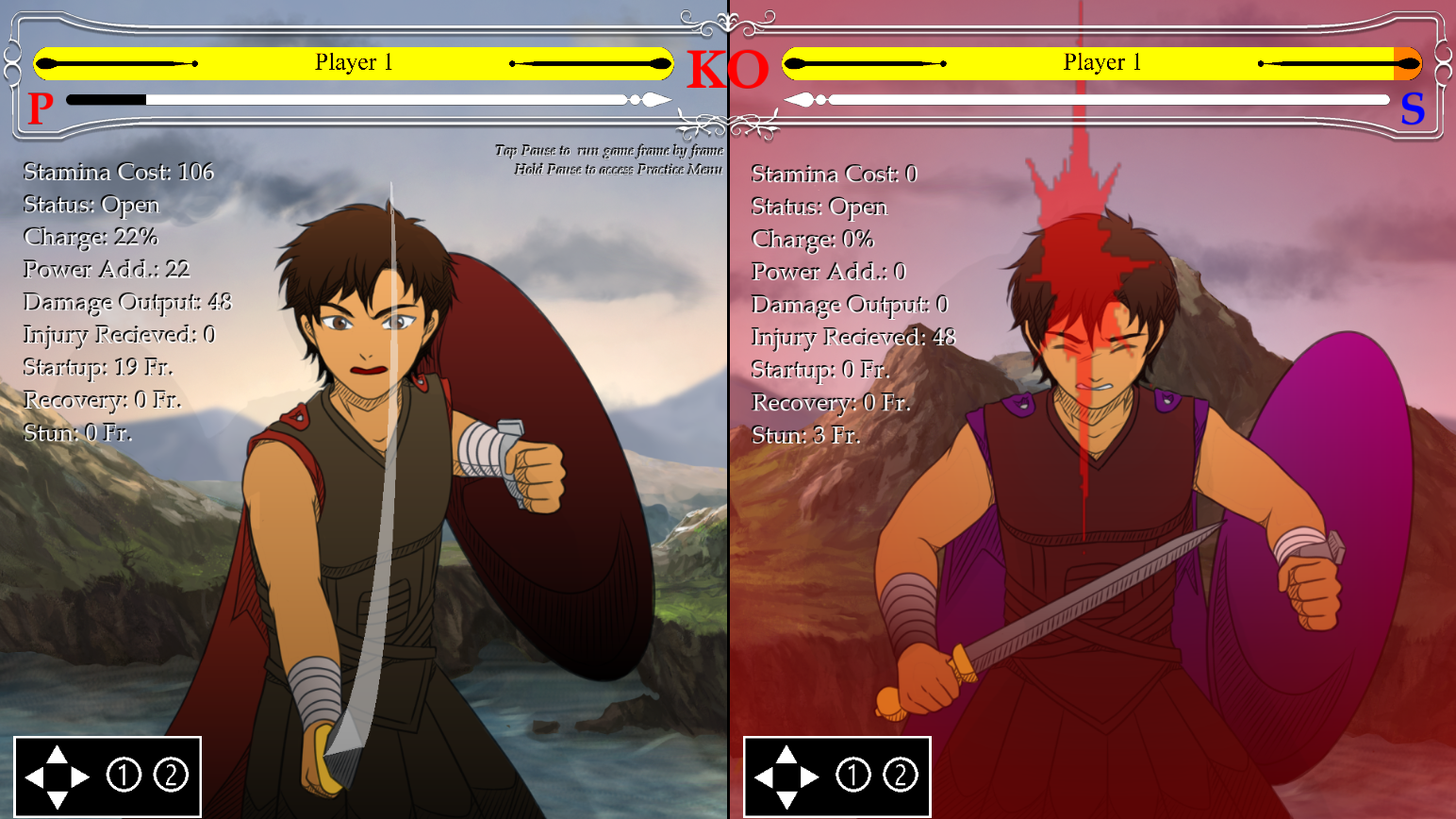 The last thing I worked one was adding options to the versus mode, which is fairly simple enough. One feature allows you to set each player to be controlled by a human or CPU. Though I must disclose that choosing CPU will allow you to choose one of the 5 preset difficulties, but if you choose both players to be controlled by the computer, both players will share the same difficulty. I don't know if anyone wants two spectate CPUs of different difficulty settings but I figured people are more interested in fighting the CPU rather than spectating them. However, if there is an interest in seeing two CPUs fighting in different difficulties, I might include it in the future, but the game's difficulty system is based on only having one single difficulty for everything due to the way this game was built. Implementing two different CPU difficulties may be difficulty in itself and may require extensive remodeling of the game's source code, so for now I'm going to leave it as is.

The rest of the options are the usual stuff: number of rounds, time limit, and you can even set up to 7 health bars. 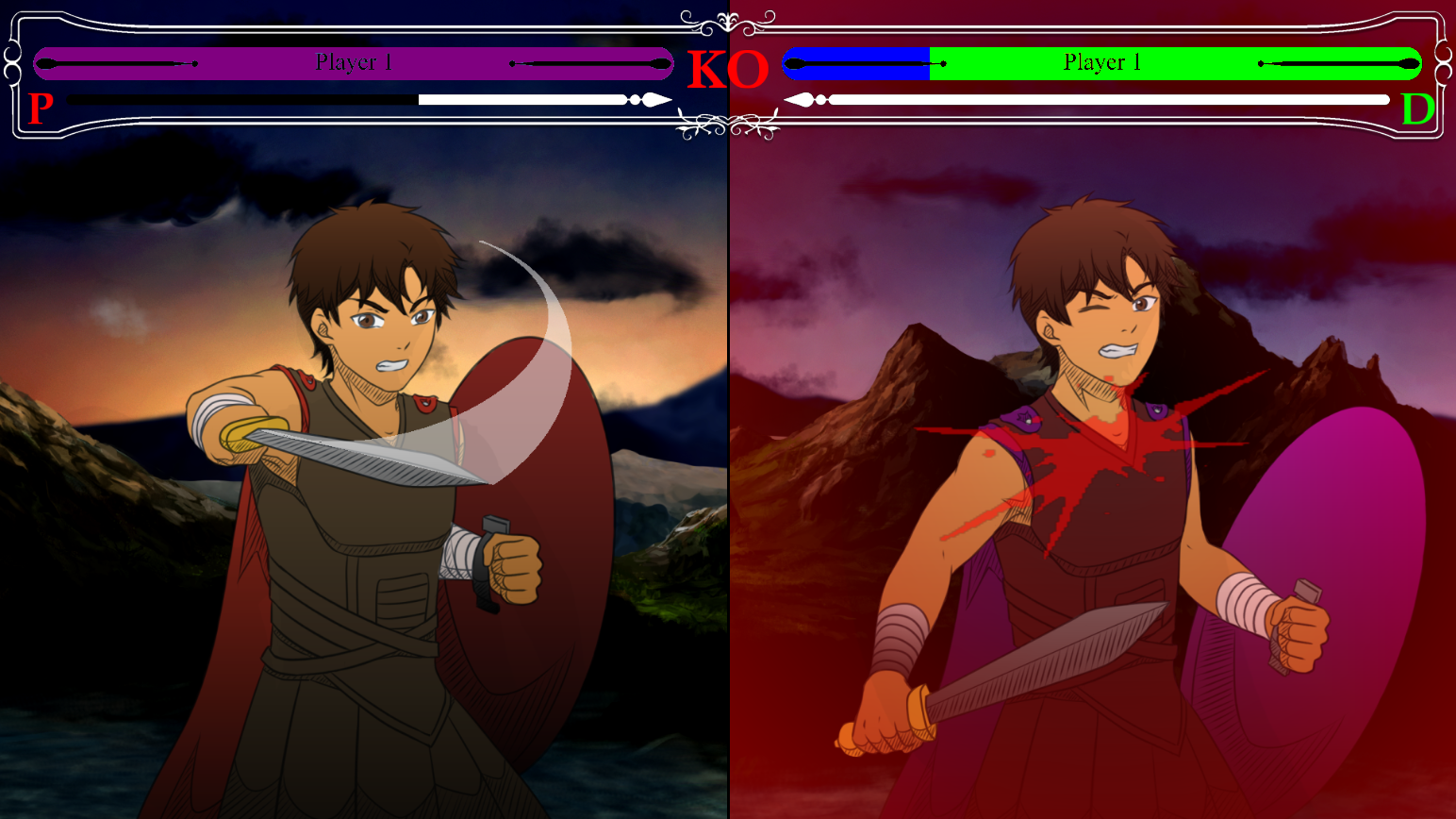