It's been a couple of weeks of seemingly endless playtesting, tweaking and bugfixing. Numerous small improvements including a much improved game map!

The last couple of weeks have been taken up with what seems like an endless round of playtesting, bugfixing, and making minor improvements. It’s the first time I’ve really played the game through from scratch, gradually upgrading a character and progressing through the various worlds in an attempt to see how much time, and how difficult it is, to complete the game.

I made it to just before the second-to-last boss before realising I had to implement major changes to the cost/benefit ratio of the weapon upgrade system in order to get things to scale properly across the game. So now it’s back to square one for another go (groan). It took me around 11.5hrs of gameplay to get this far so I reckon there’s at least 15hrs worth in the game in total.

Every time I come across a bug (no matter how minor), or something that I just find frustrating in the overall experience, I log it in Trello to fix later. There’s been too many minor improvements to list here so I’ll just go over some of the key ones…

Abduction Warnings
There is now an indicator to show where the closest abduction is relative to the player. What became clear to me during playtesting is how vital it is to unlock teleports at the end of each level in order to enable free travel throughout the various worlds. As you unlock teleports by completing a level without having had any of your babies abducted, warnings as to when and where abductions are occurring are key. I may also add some kind of audio indicator as well, like a siren or something.

Map Improvements
Rather than show every upgradeable item with the same icon the map now differentiates between new weapons, weapon upgrades and (valuable) jetboard/jetsuit upgrades. This make it less likely that the player will get frustrated chasing items that are less important. The map now also shows the location of the jetsuit (akin to the bloodstain in Dark Souls) which makes it easier for them to retrieve any cash they may have lost on their previous game. 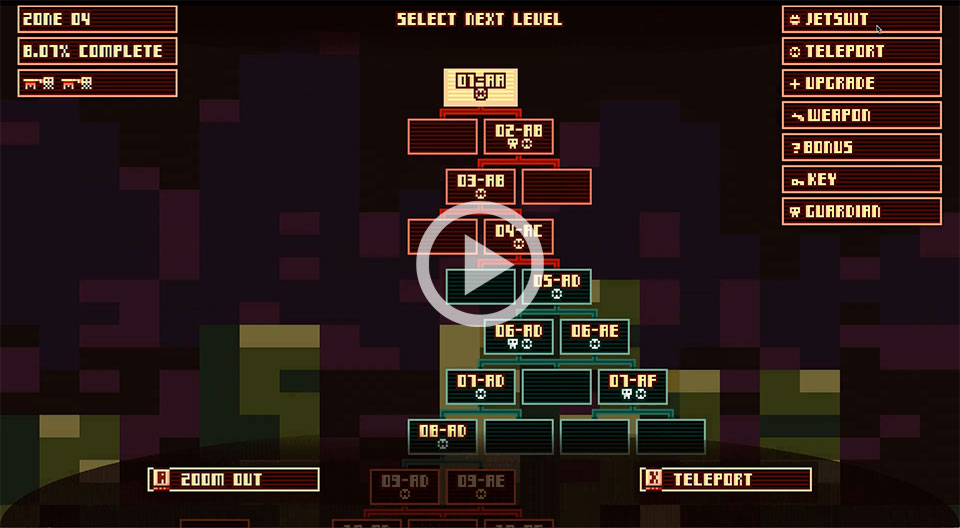 Weapon Warnings
It was too annoying when enemies armed with powerful weapons such as the RPG or grenade launcher ‘one shotted’ the player pretty much as soon as they appeared onscreen so I’ve implemented a configurable delay for certain weapon types. The first time an enemy appear on screen there’s a delay set before they can fire so the player has adequate warning that that weapon is ‘in play’. A separate (shorter) delay time can also be set for each subsequent time the same weapon appears on screen.

Combo Restrictions
I have limited the cash ‘combo’ multiplier at x5 as it was ratcheting up massive combos which could dish out a huge amount of cash and throw off the upgrades system.

Upgrade Tweaks
I have implemented an algorithmic system for allocating weapon upgrade costs that takes into account the maximum amount of cash that can be earned on the level when the weapon is unlocked, and the estimated amount of levels before the weapon is maxxed out. For weapons that are unlocked earlier on in the game I have allocated more upgrade levels so that they can be upgraded regularly early on but also continue to be upgraded throughout the game and dish out enough to damage to be effective in the later levels. This is proving to be one of the hardest things to balance.

Restrict Level Exit
It was too annoying to accidentally teleport out of a level when you were in the middle of a boss fight. Consequently I’ve made it so that, once a treasure chamber has been activated, you can’t exit the level until either the boss(es) have been defeated and the treasure retrieved, or you’ve lost a life.

There have been numerous bugfixes as well, and other minor improvements. I’ve also made some very significant improvements to the way I calculate explosive damage but that’s going to be the subject of a post in its own right…

Added some recoil to the antimatter gun as it was too overpowered... 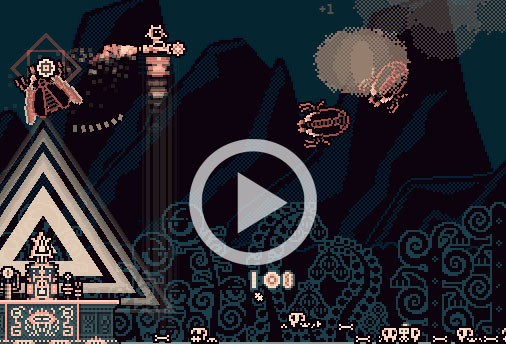