This week’s devblog is about a new mechanic we implemented into the game. It’s a new type of viscosity that can be found in certain areas. We call it „Jelly-thingy“. The new viscosity behaves similar to oily/sticky viscosities. This means that the player gets slowed down while being inside of this area.

It sounds like being in these areas means a huge disadvantage to the player, but this is not true. Actually it’s the opposite. You can hide inside the new area because projectiles can’t break through and enemies can’t follow up. It’s like a hideout that brings alot of new possibilities to the player. You might find routes where you can decide between two path’s. One of them having the common viscosity and the other one with the new sticky viscosity.

The "Jelly-thingy" is generated by runtime, and adapts automatically to all the sourroundings in his generating radius. No glitching into other objects or similar mistakes. We love it! 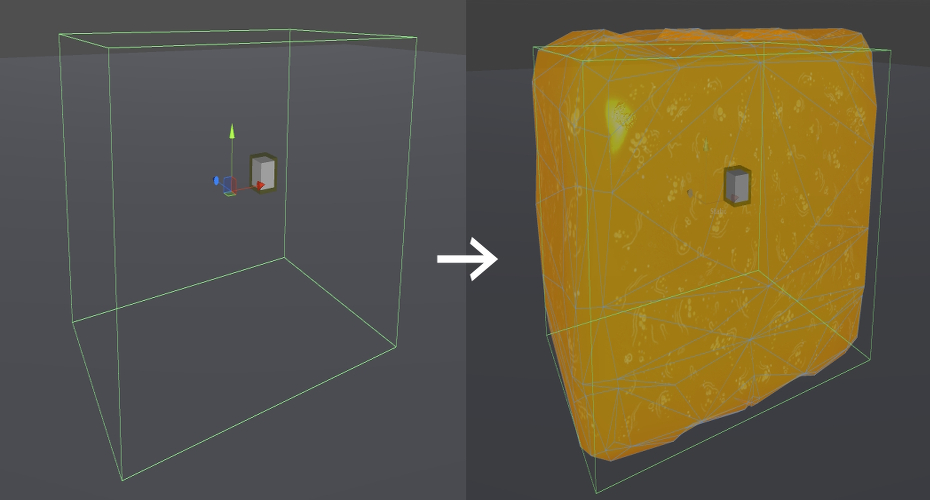 The best thing about our new „Jelly-thingy“ is that we can change the parameters and make it more or even less sticky. The wobble-effect of the „Jelly-thingy“ can also be changed. For example, we could give it a „pulse-effect“ similar to a beating heart. Right now the wobble-effect get’s more intense on impact. This can be the player, an enemy or even a projectile.

Another big step towards an epic diversity while playing the game.