Game asks players: “Do YOU have what it takes to seduce a world leader?”

Publisher Great Idea Games announced today that their satirical visual novel, International Affairs, will launch for PC & Mac on Steam this April 1st. Set in the ultra-exclusive world of the UN, International Affairs challenges players with the task of romancing powerful world leaders while attempting to uncover an urgent and sinister threat to global security. With fully branching paths, sparkling dialogue, and a dazzling array of globetrotting hunks to choose from, the prospect of achieving world peace has never been so sensual!

“This is a revolutionary project, and the political message behind it is something we take pretty darn seriously,” said Thelonious Spunk, of Great Idea Games. “Some people seem to think our game is just a cheap way to bone down with various world leaders, but in reality nothing could be further from the truth; it’s about bringing people together with a message of tolerance, understanding and, dare I say, love.” 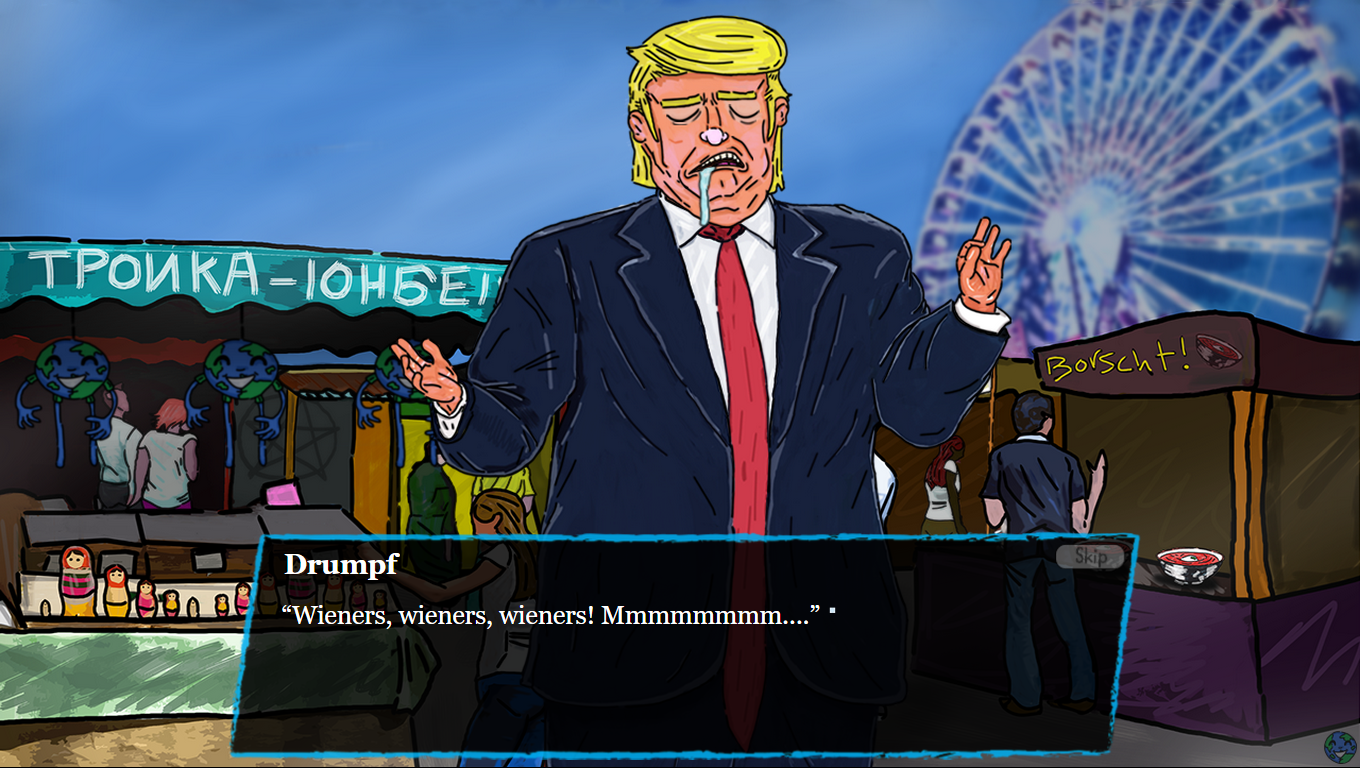 You can view the International Affairs reveal trailer here and actually, real-deal download it on Steam starting April 1st!

Great Idea Games is an independent game developer and publisher founded in 2018 with the goal of developing and releasing high quality video games based upon the greatest ideas possible. We are currently located in the US and have plenty of strong opinions about plenty of things.