A new year means a new update - and fashionably late of course ;) The 8-Bit Adventures 2 January Update includes a progress update + a showcase of more concept art, with a focus on how we made our monsters!

Posted by CriticalGames on Feb 2nd, 2020

A late Happy New Year to everyone! I know 2020’s gotten off to a rough start (certainly here in Australia), but the generosity and solidarity I’ve seen from ordinary people around the world to help combat every new challenge has been really inspiring. I know we’re all working to help each other and make this the best year we possibly can! And for me, part of that means releasing 8-Bit Adventures 2 and hopefully making a lot of people happy – even if only for a few hours =)

So let’s kick off this release year with the January update for 8-Bit Adventures 2!

Okay, so let’s start with the good news – Sufyan (the programmer) is finally back home and working on 8-Bit Adventures 2 again! He’s sent me a couple of requested tweaks so far and is working on fixing the major issue which has left the battle system broken these past few months. We’re not quite there yet, but we’re in a much better position than we were when I last spoke to you. Hopefully in February everything will finally be fixed and I can start zooming along again with testing.

For anyone who’s been following this whole saga, I really can’t apologise enough for the delays here (this completely caught me by surprise too), and hopefully I’ve been open enough in communicating what’s going on. Unfortunately, this has been one of those things that’s just completely out of my control, and so all I’ve been able to do is wait - and keep working on other things.

Thankfully, I’ve been getting a lot of things done! Including a few extra odds and ends that I wasn’t sure were going to make the cut – such as a hidden Black Market for enterprising adventurers to discover (an Airship might be required to find it, though!). I’ve also been doing final mapping and detail passes on some of the optional dungeons, a couple of which needed some expansion. I mentioned in December that we’d just passed 800 individual maps that make up the world of 8-Bit Adventures 2. Now we’re nearly at 850 maps – which should be the final tally (there are just a couple more optional areas I want to add, seeing as I have the opportunity while waiting for the battle system fixes).

So things are definitely looking up! …Buuuuut it’s still not an ideal situation.

Last month, I showed off some of the concept art made by Jerram (the artist). This time, I thought I’d include some more – but with a little extra context. So let’s take a brief, simplified look at the process of making monsters for 8-Bit Adventures 2! 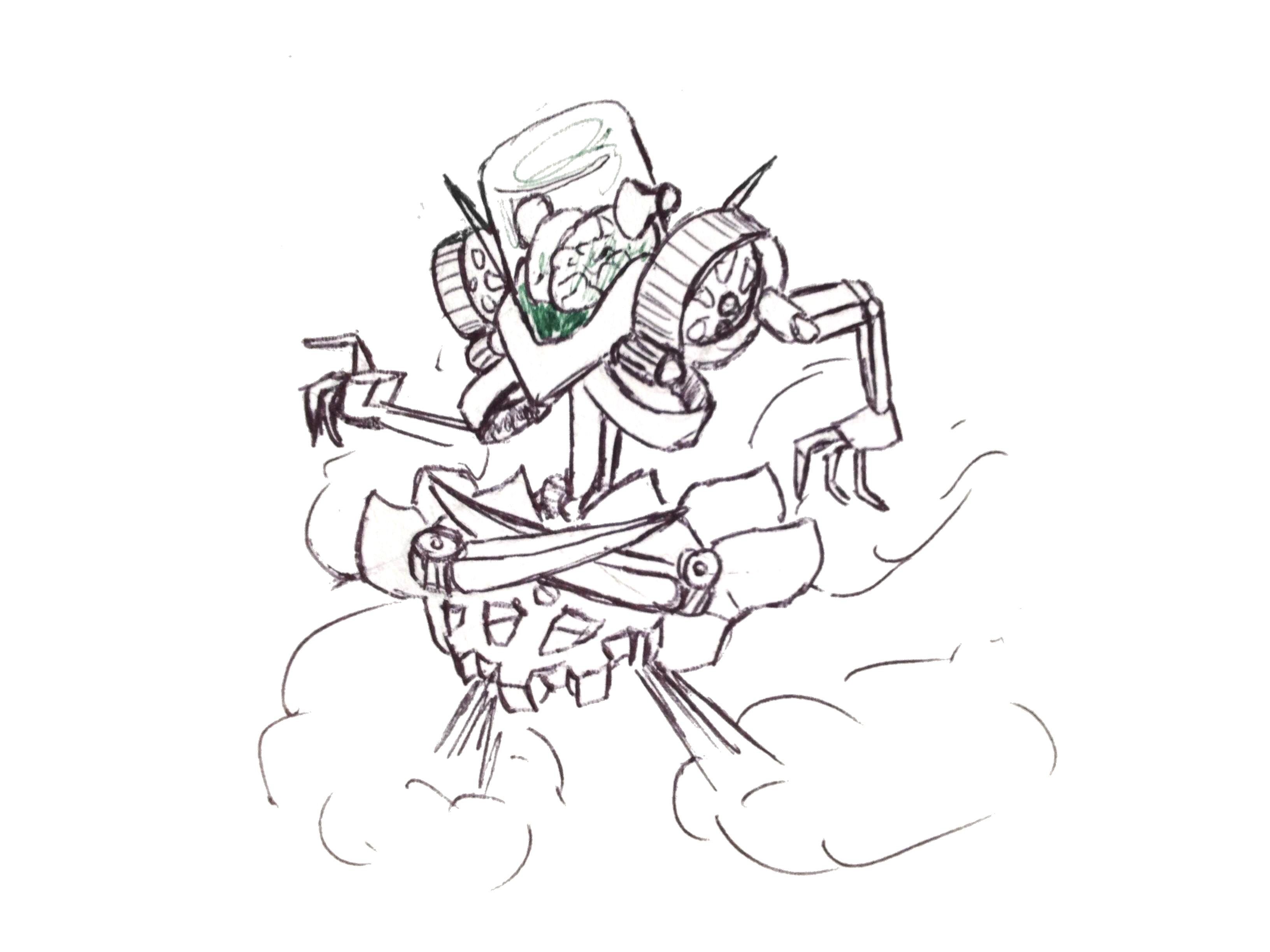 In general, I like to introduce two or three new enemy types per unique environment, as I think this helps to keep battles feeling fresh and varied; as well as maintaining a sense of mystique (as the player has no idea what any new foe might do). So there are really two factors that went into my monster concepts. Either I’d consider the environment I wanted them to inhabit and think up a design which fit, or I’d come up with some ability or unusual quirk/mechanic for an enemy and imagine it from that basis.

As you can probably tell, a lot of my monster concepts are a little quirky and strange. Part of that is the influence of the Mother/Earthbound series, but in general it’s JRPG tradition to skew towards the weird and wonderful when it comes to common enemies. I personally like this approach – not only because I think it adds to the world’s personality, but because it keeps the game feeling more unique and surprising when your next foe can range from utterly bizarre to deadly badass. 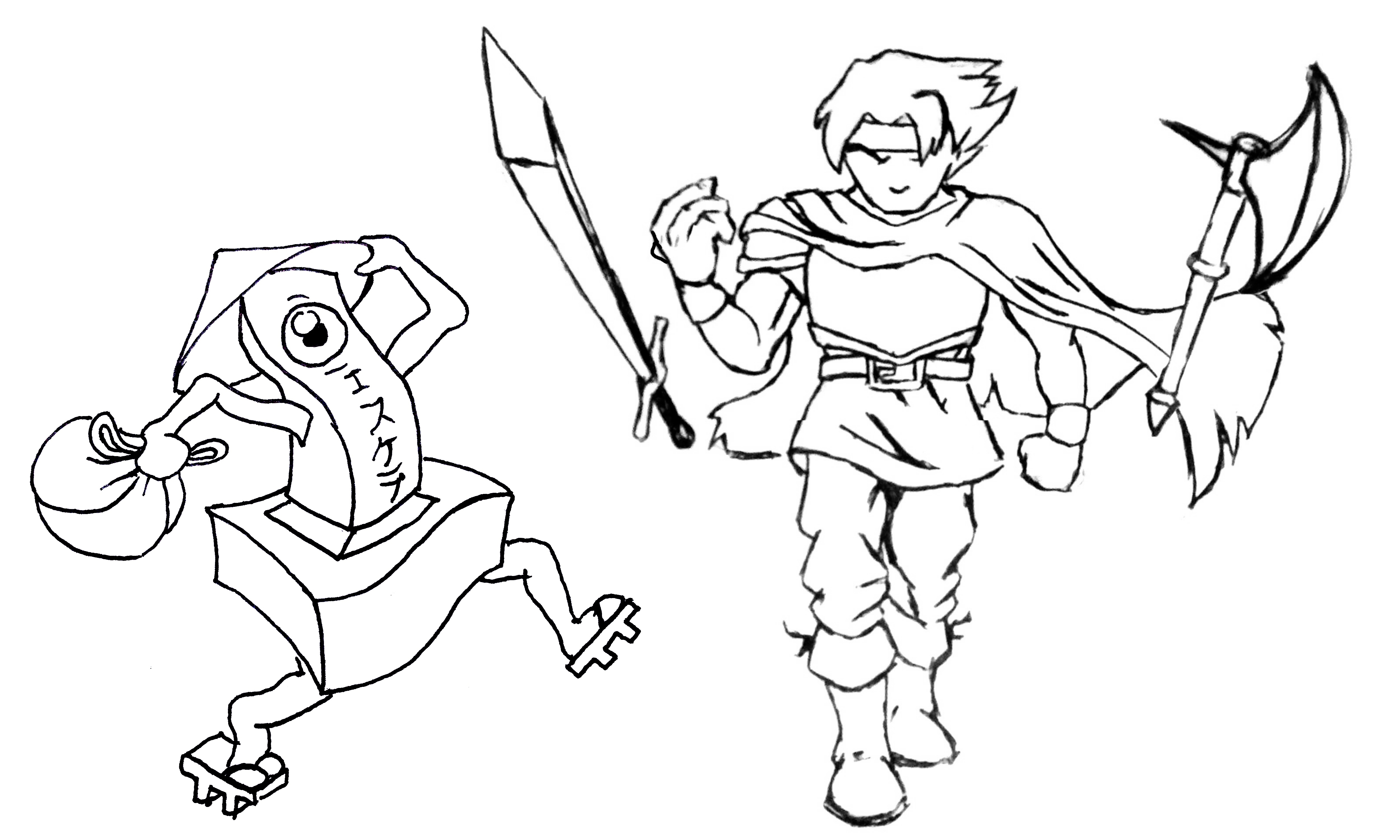 Of course, this only works when you have a unifying visual style that can make these two extremes feel coherent, and that’s where Jerram came in. I’d describe my vague ideas for the enemy, providing the most relevant references I could find, and then he would take that information, filter it through his own imagination, and turn it into something dynamic and vibrant! 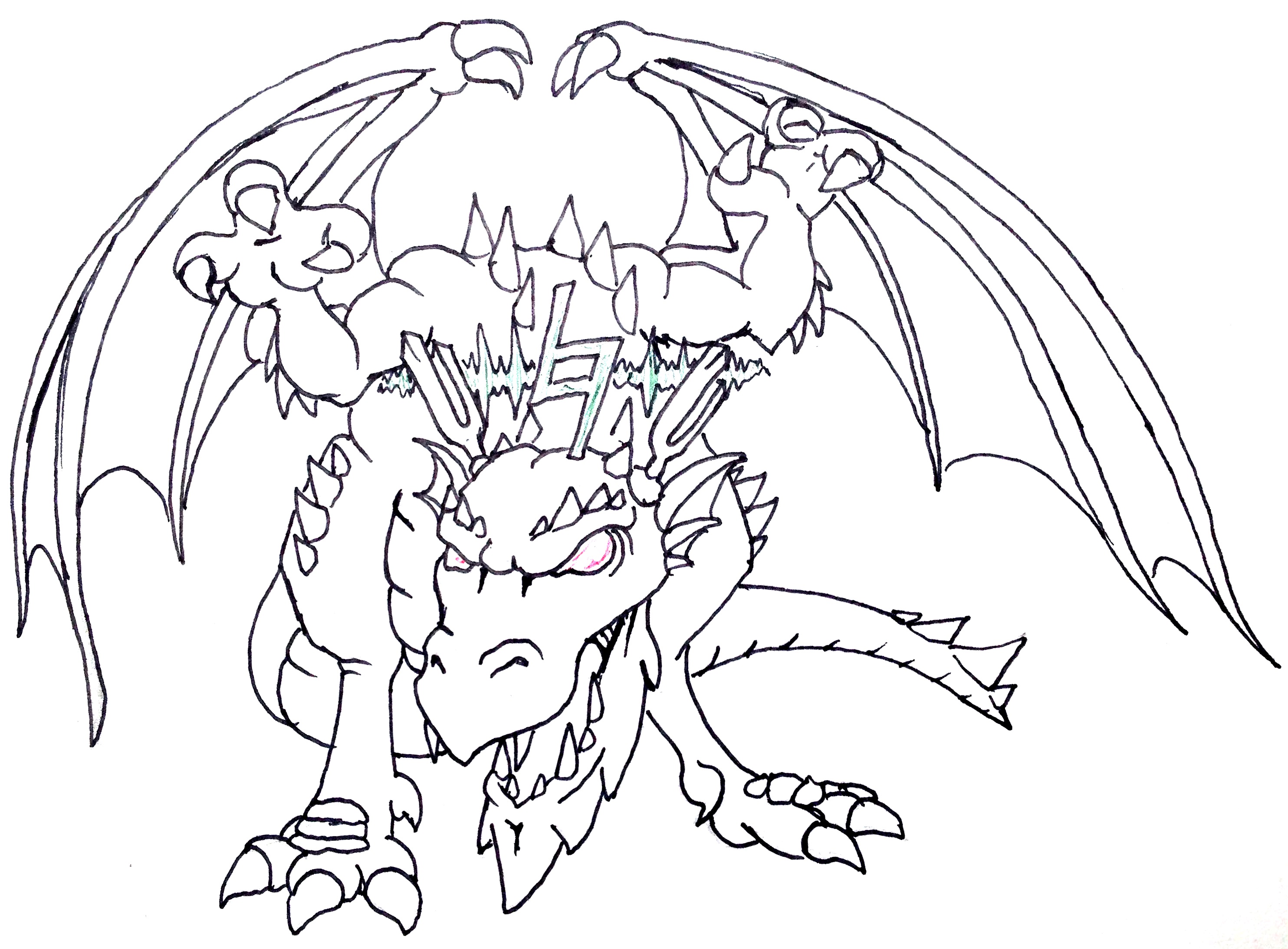 Generally no revisions or debate were required; it just took one pass and we’d both be in total agreement about the design. Occasionally I’d make a tweak or comment (or Jerram would make a change himself), but generally it was a seamless flow from idea, to concept art, to enemy sprite – which all turned out far better than I could’ve ever imagined! Jerram did an amazing job creating a cast of fiends that are both memorable and filled with personality; many of their battle animations also really helping to express that. The Grinning Ember – one of the few enemies to get a re-design (and an attitude change!). I'm pretty sure Jerram was the one behind these alterati>

The last thing our monsters needed was a name; and when you play 8-Bit Adventures 2, you’ll quickly learn that I have an affinity for alliteration, puns, and silly jokes – some of which might only make sense to me XD But sometimes these quirky names generated ideas too! For example, in the City of Sounds dungeon, I was trying to come up with enemy designs and thought of the name ‘Electric Guitarist’, which immediately struck a chord with me. As this is a high-tech area, the idea of an electrical enemy was perfect, along with the musical connection and name pun. This then lead to the idea of a whole band of enemies who are stronger when they fight as a team - and this really gave the area an extra dose of character - and a more distinct identity.

Obviously this is a pretty simple breakdown of the process (especially for Jerram - there's a whole lot of amazing design work on his side of things!), but I hope you enjoyed this quick look at some more concept art from 8-Bit Adventures 2 =)

I’m not sure if this is of interest to anyone here, but in my spare time over the past 9 months, I’ve written a six-part essay - titled Kingdom Hearts III: A Conclusion without a Story - which analyses Kingdom Hearts III’s approach to storytelling; viewed both from the perspective of a player, and a writer/game designer.

My intention was to examine the game’s structure, ideas, and mistakes, and draw out numerous lessons that could be applicable to the reader’s own game – all centred around a main hypothesis. The hope is that anyone can read and enjoy it, but that developers can gain a lot more from the topics explored.

But the reason I bring this up is because, in this essay, I analyse Kingdom Hearts III through the same kind of lens that I apply to 8-Bit Adventures 2. So if anyone is curious about my perspective or approach to game design, story telling, or character building – especially in the context of a JRPG – you might find it interesting! Or at least get a sense of where I’m coming from with my own work =)

To make sure you don't miss any news, I recommend following @CriticalGamesAU on Twitter, as that's the best way I've found to keep up-to-date on news! Every monthly update is also posted here on IndieDB, and on the Steam Store page.

I’m sorry for the lacklustre update to kick off the year, but I hope the news that Sufyan is back on the job and working on those fixes as we speak adds a tinge of optimism to the post! Believe me, I’m biting my fingernails and counting the hours in anticipation of that – I can’t overstate how big of a challenge this issue has been over the last few months.

So let's cross our fingers and look forward to a February filled with progress and success! And I mean that for every single one of us, to be clear =) I hope you all have a wonderful month and I'll see you in the next update!
~Josh