Hi Sailors, welcome to the first roundup of the year! January was a month of planning and organizing things to speed up our process. 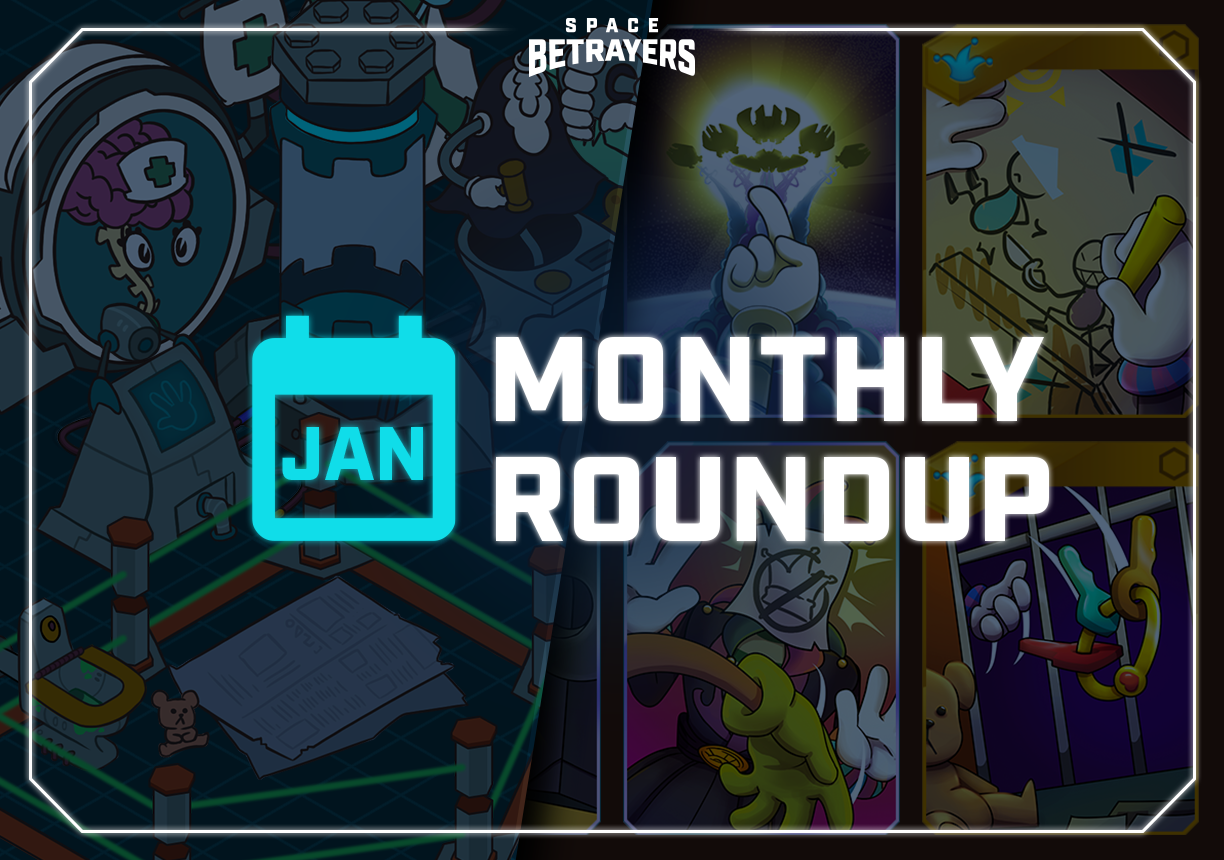 Hi Sailors, welcome to the first roundup of the year! January was a month of planning and organizing things to speed up our process. Expect some cool stuff to come in the upcoming months.

Without further due, it is time to show some of the work done during the last couple of weeks, let's get started!

We are finally working on the creation of the graphical assets to compose the inside of the Sailors ship. Currently these are just concepts and static assets but once all rooms are properly integrated, they will all have cool and fun animations. 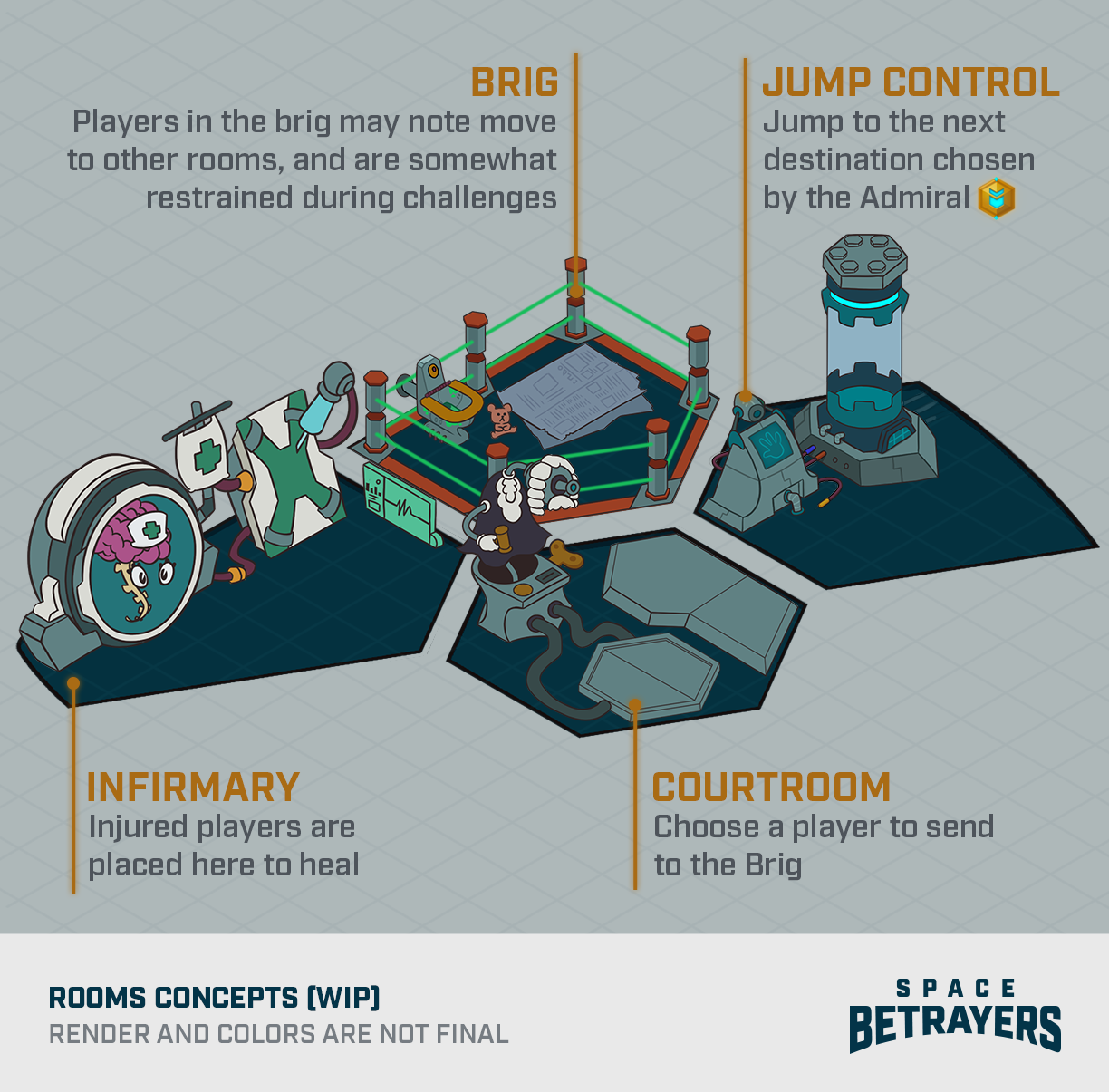 These are the cards with new artwork, most of them were never shown to the public before but they have been part of the game for quite some time. 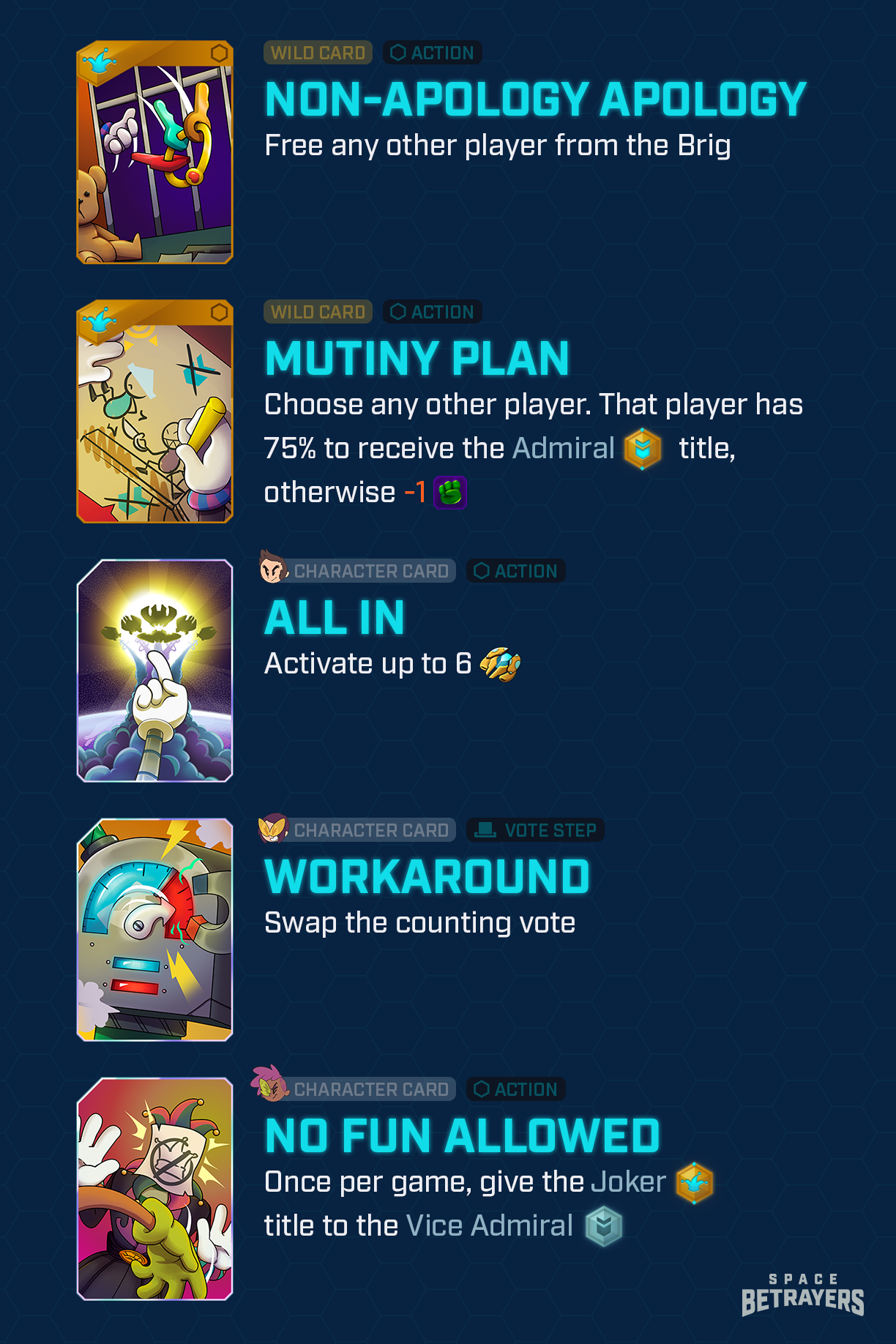 It has been a long time since we wanted to overhaul our Action Button to make it easier for players to understand what kind of action they can make at the moment.

There is now an extra label used as a hint to let the players know who is playing and what they should do. This addition also made it possible to simplify and reduce the amount of information needed on the Action Button label. 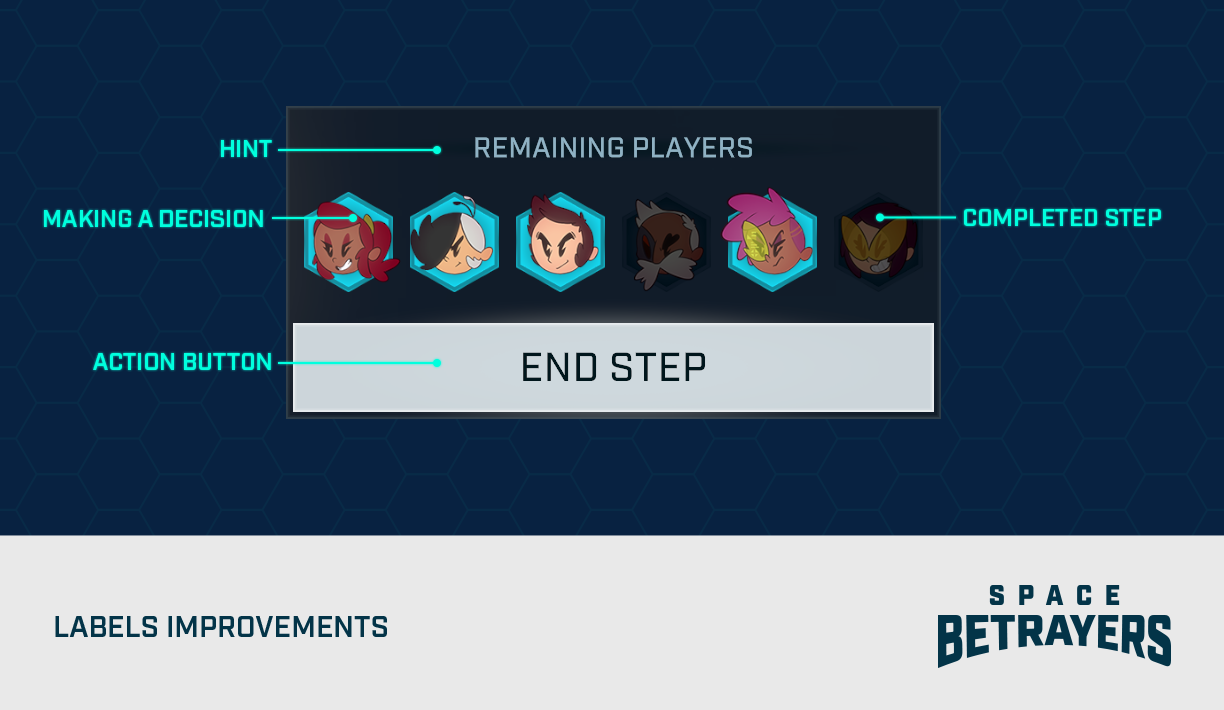 Internally, this was kinda of a big task, it took us a long time to check how those changes interacted with all types of states between actions and cards.

These changes also open the opportunity to make the action bar resizable, making it less distracting while players wait for his next action.

Following some of the changes from above, the card deck will now also resize according to how many cards the player has, and not only that, the cards are now centered improving the overall experience of players with ultra-wide (21:9) screens. This addition should reduce a little bit the UI footprint.

Next up: Bug fixing and getting ready for space combat overhaul.

But before the streak of improvements continues, we need to take a step back and work on the systems that have been added or changed in the last couple of months. Meaning that the next couple builds will be entirely focused on ironing out any rough edges that were left during this last rush of improvements. This only means that we won't heavily change any system right now, you will still see new content and improvements.

After we have a really nice build our next step will be the space combat overhaul. This is one of our oldest content that really needs attention. For a long time, we have been aware that players have doubts on how to interact with the Sailors ship as the current controls are clunky and not intuitive at all. Since this is still in the planning phase, we don’t have much to comment on what kind of improvements will be made.

This build is available since last Friday to all our testers and it includes the card artwork, labels improvements and the resizable decks.

As always, you can check the complete changelog on our Discord: