Just a news update detailing the start of Islands, a side project I'm doing to enhance my programming skills, and something to do when not working on Faceless.

Islands has finally started development and I'm really glad. It's a project I've wanted to start for a while now and it's been a pain in the ass, but I can finally dedicate some time to work on it. If you're following this project you may have heard about the mod some friends and I have started called Faceless way back in July and it's been going along really well considering we won "Best Upcoming Mod 2012" which felt really good for us.

Faceless is still in development, but I've decided to work on this little side project to get better with programming and give me something to do on my free-time when I feel like messing around, and Islands is just that. 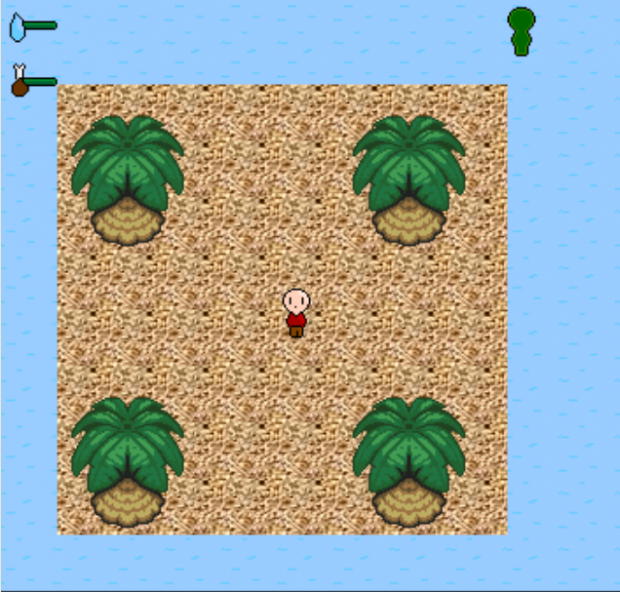 If you can't tell, Islands is in the very early stages of production and everything (graphically) is subject to change. It's not meant to look like an amazing game, or be the best game ever made it's just something I'm doing in my spare time to get better with all things game design.

If you're still reading this, and curious about the game then this update is essentially to explain what the game is all about and what you'll be able to expect when the game releases hopefully sometime this year. But, without further ado here's just some of what you can expect from the game when you hop into it.

Play with up to four friends on an island chain composing of three
islands. Each island increasing in difficulty and danger. The first
island being the easiest, and the third island being the most difficult
and dangerous.


This means the game will consist of three islands that you can explore and adventure on. The first of the islands will be the easiest to play on & survive with the final island being the most difficult to live on. This doesn't mean sparsity of food or anything like that (even though it's possible), but it'll most likely be more dangerous animals such as Jaguars, Poisonous snakes and more.

You can swim to these islands, but your chances of drowning will be highly increased and there's the chance of a shark attacking you. You'll be able to build rafts to travel between the islands much easier!

And yes, you can have up to 4 people playing at one time. There will be no PvP, so if you're prone to killing people for fun there's none of that here. However, playing with friends can definitely have its benefits. Especially if one of them happens to die and you're low on food. Can you guess what's being hinted at?

Build a shelter to protect yourself from the elements & predators.


It wouldn't be island survival without the ability to build a shelter now would it? The building system is not like Minecraft and you will not be able to build massive fortresses. You'll be able to construct shelters ranging from small little tents, to huts. Nothing massive here, just something reasonable.

Keep those supplies in stock. A shelter is one of your best assets. Sure, the huts are better than tents but each of them will keep you alive and away from predators/creepy crawlies.

Hunt & forage for food. Each animal in the game can be eaten.


Every animal can be eaten in Islands. It's a system that makes sense too because if you're stranded on an island you would eat anything, and wouldn't be picky about it. Or, at-least I wouldn't.

This also means that each animal has different cooking times, and that's something you should monitor closely. Eating overcooked food doesn't replenish your hunger/health as much as perfectly cooked food, and eating food that isn't completely cooked may have the risk of giving you food poisoning which can make everything worse.

If you're not good at hunting you can set up traps to snare small game like rodents. You'll also be able to gather vegetation, nuts, and fruits if you can't hunt right away. These are extremely helpful when you can't get any meat or seafood.

Everything in the game can become a potential risk. From food not being
cooked properly, drinking unsterilized water, and much, much more.


As mentioned above about not eating properly cooked food, unsterilized water will have the same result. Be careful! Some wild-life may be poisonous (animals & plants), swimming can be dangerous, everything in the game can have a potential risk factor. There was a lot of debate amongst myself if gathering coconuts would be dangerous and I've included that in the game.

People have died or gotten seriously injured from falling coconuts, so be careful when harvesting those. 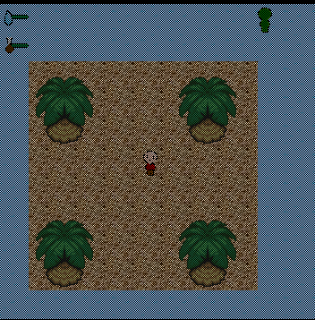 A sort of perma-death system where upon death you lose all of your gear,
items, and whatever else you had with you. This gear cannot be
retrieved. Play safe.


There's no easy road. Dying in Islands will have some serious consequences. Nothing horribly bad like losing your character for good, but you just lose all of your supplies, and they cannot be recovered. This means tools, weapons, food, etc is lost. However, any cosmetic items (items that give no bonuses, or anything. Purely aesthetic) will still be in your inventory. So, if you spent hours upon hours trying to make that white top-hat you won't lose it, just the stuff that's essential to survival.

Over 100 different species of animals can be encountered.


Pretty self explanatory. This includes a variety of birds, insects, reptiles, and more. Some of them dangerous, and some of them harmless. Mostly just animals that I feel would suit this tropical environment. Sure, some animals don't exist naturally together in the real world, but Islands isn't aiming for super realism on that front.

Almost every item in the game has a purpose. Some have more than one use.


That's right! Everything in the game has some sort of purpose. For example: Coconuts can be cracked open to drink the fluid inside, and the "hairs" from the outside of the coconut can be used as tinder for starting fires.

A weather system that can produce torrential downpours, and even hurricanes.


It wouldn't be a survival simulator without storms. Torrential downpours may add some new atmosphere to the game and provide some calming sounds, but hurricanes have the ability to fling debris around which can seriously injure and/or kill players.

Unique damage system where players receive damage to their limbs. If a limb receives too much damage it becomes useless.


Another self explanatory system. If one of your arms become 100% damaged you may not be able to used two-handed tools/weapons. If both arms are 100% damaged then you can't use anything that requires your arms to use, and going to sleep will heal the percentage back to 50% on all damaged limbs. The only way to effectively heal a limb back to full is to create bandages, and bandage the damaged parts.

The same goes for your legs, except they'll reduce your movement speed when damaged. And if your head is 100% damaged expect some visual issues when playing the game.


Once the game is in a good state, and I feel comfortable releasing the source files I will. This will allow players to create their own mods & levels. Whether it be small things like adding in new tools, or animals or doing completely new scenarios like surviving in Alaska during a harsh winter dealing with entirely new animals and environments.

The choice is yours!

So, that's essentially what you'll be able to expect from Islands in the future & upon release date hopefully by the end of this year.

If you're interested, please track this game. And as I mentioned before I'm not aiming to make a beautiful looking, or ground-breaking game in terms of gameplay. I'm just doing this in my spare time and hoping I end up with a fun game.