Game was just launched on Greenlight! Vote for it! Also check out new update 0.3.

Game is officially on Steam Greenlight! Vote for it here, if you want to see it on Steam someday (and make me happier)!

Also if you didn't know Game is updated with version 0.3 and has 6 playable levels. Intro level was remade, and game is easier from the start now. It doesn't have all the features I've described recently (I've pointed it out), but I'm working on them to be included in future submissions.
Some release notes:

More updates and fixes are coming up! So keep yourselves updated and download new alpha! And vote on Greenlight too! 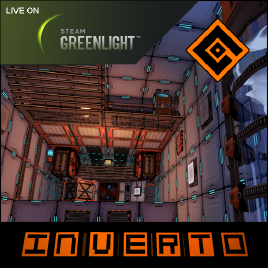 Voted, this is my one and only type of puzzle game.