Torek - Hero of The Painted World is a mix of adventure and quest with good graphics and exciting gameplay, excellent humour and interesting tasks. There are a big number of various characters and not alike levels.

Posted by imaginedreamgame on Nov 9th, 2015

Indie-studio Imagine Dream Game announced development of a new 2D adventure game Torek - Hero of The Painted World. The game will be a harmonic mix of battles and quests, with detailed graphics, exciting plot and excellent humour.

Events of the game are set in The Painted world: a series of pictures by an unknown Painter of the late Medieval. The thing is that mysterious Master possessed powerful magic brush and paints, which were known from old ages as The Ancient Tools. 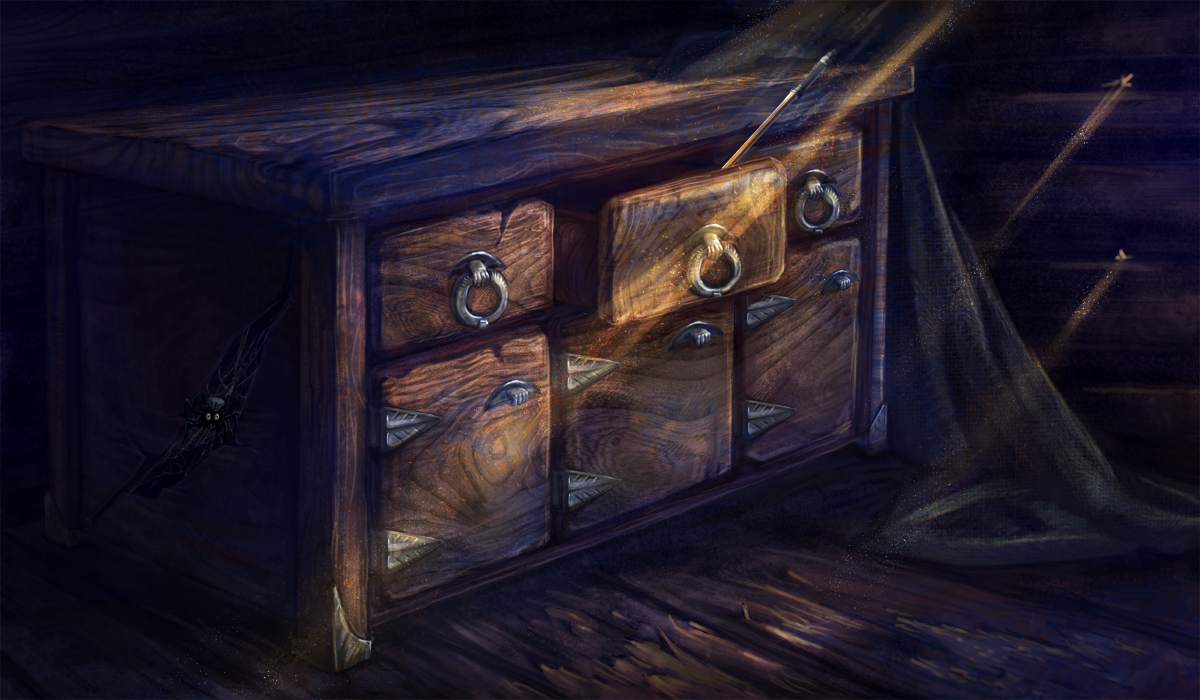 But he didn’t know the secret, which The ancient tools kept; having used them, the Maste released evil warlock Darcus, who was confined inside the artifact. With the lightning hit of the poisoned sword, he mortally poisoned the Painter and escaped into the picture. 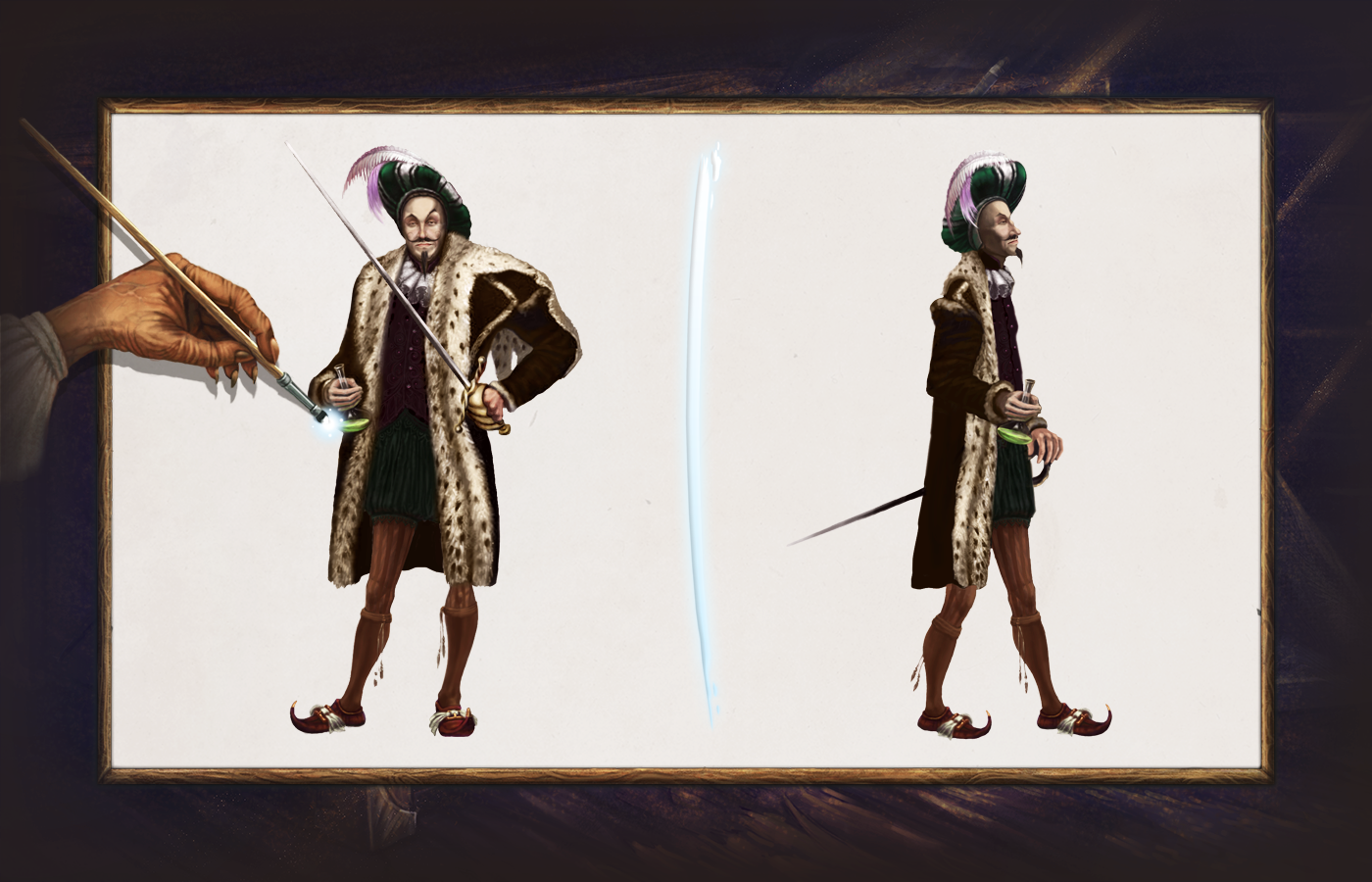 The Master was condemned to death, if there wasn’t jollier Torek’s spirit, the first owner of the Ancient Tools. The light warlock swore to defend the world against evil Darcus and watched the fate of the magic artifacts carefully, beeing out of time and space. He promised the Master to catch Darcus, take away the antidote from him and deprive the traitor of his power. However, having found himself in the Painted world, Torek realized that it would be not easy to perform it... 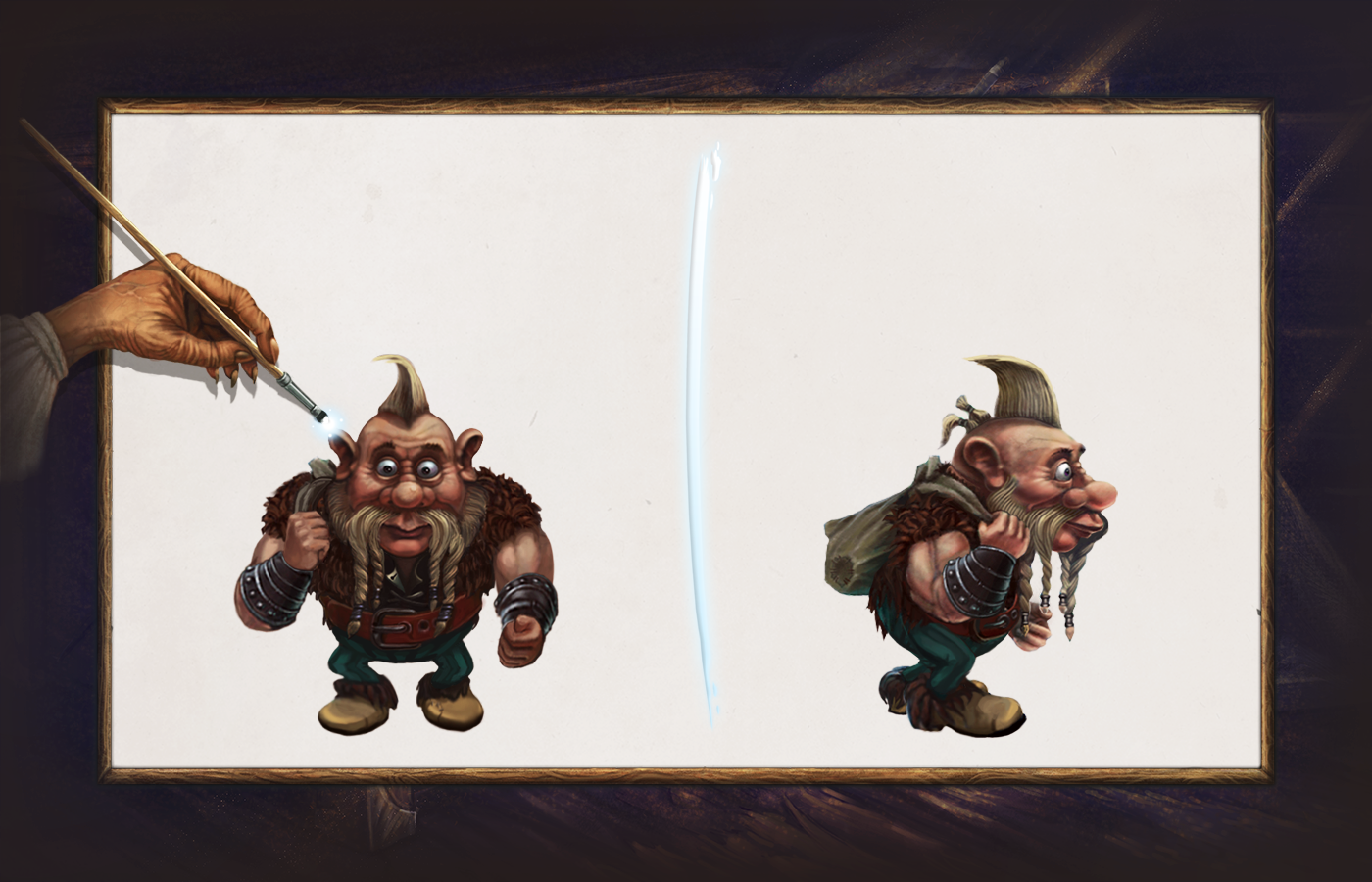 Ten levels, each of which is divided into five scenes, await players. And it means, no less, no more 50 screens of perfectly painted adventures. Any level of the game is the unique world with thematic characters living their own lives. In order to catch Darcus, it will not be enough just to complete quests and tasks; Torek will need to fight against especially unwelcome inhabitants of the painted World. And the fact that there will be about 100 various characters just emphasizes the player’s mission responsibility. 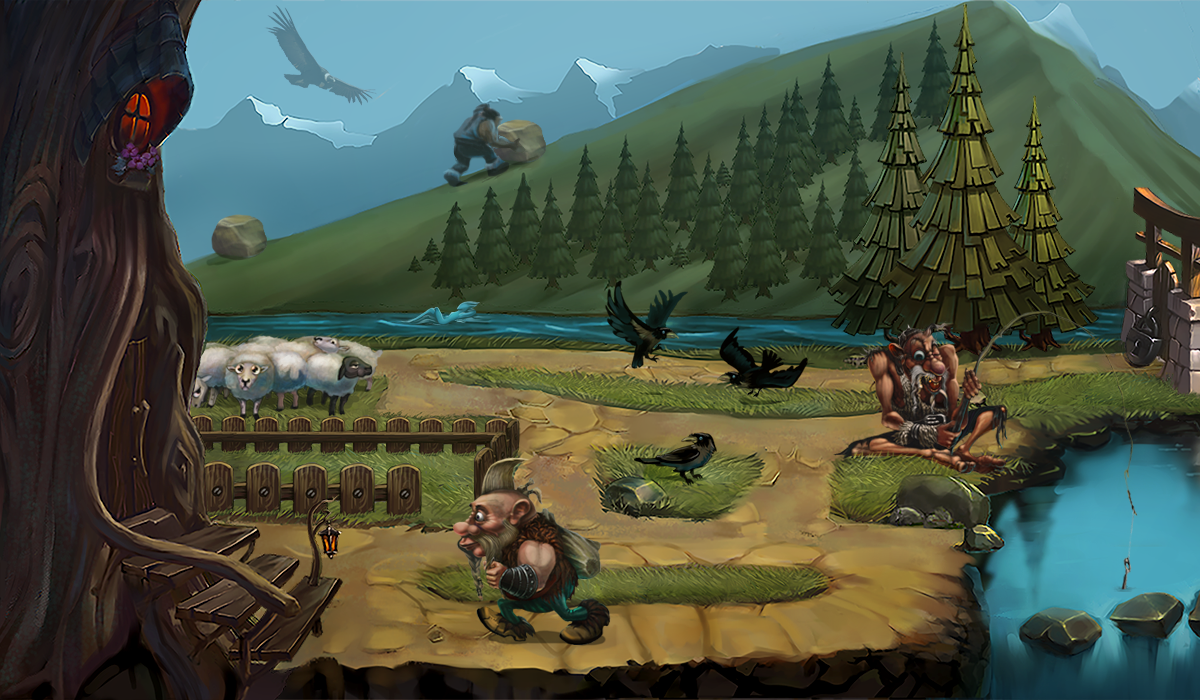 The developers had careful attitude to every, even the simplest quest. All the tasks are logically understandable and elaborated. According to the developers, they were inspired by many well-known projects, including such cult games as Machinarium, The Blind Forest and of course - The Lost Vikings. Therefore, phrase “everything is difficult and incomprehensible here” has been deleted from the developers’ vocabulary since the first day of the development of the game adventure.

Oh yes, of course there will be humor, a lot of humor in the game. And also emotions, many hero’s and characters’ emotions. There are no poker faces and still boring NPC! Each inhabitant of The Painted world is busy with his own things: Grandpa Iron Axe catches boiled crayfish in the pond, Yeti-lumberjack adores arm-wrestling competitions, and shallow Giant, piled stones on the mountain top badly, and now he has to run away from a rolling avalanche down the steep slope. So, what have we talked about? Yes, about humor. 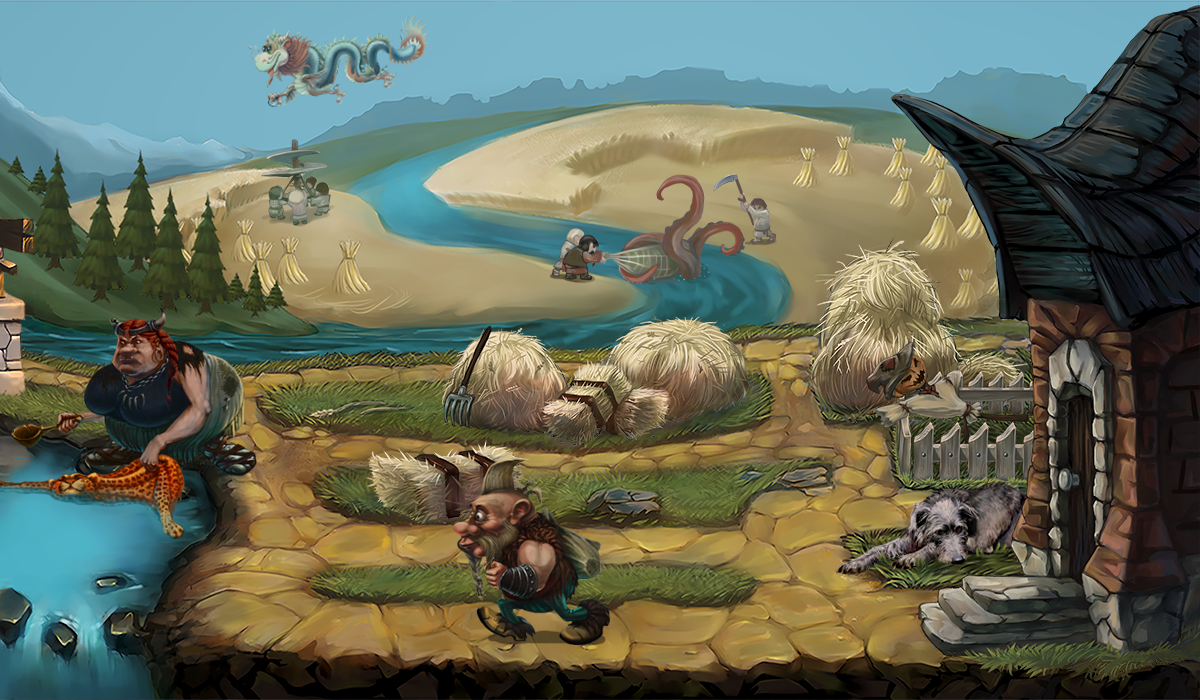 All this interesting picture is added by the fact that The Painter is not staying in one place. Suffering from the poison, he paints outfit for Torek, weapons, and sometimes even a thunderstorm above the heads of especially bothering opponents. There is just one problem - with each new level, the poison impacts The Master increasingly, he is becoming more evil, losing his temper and starting painting obstacles and more powerful enemies in front of Torek. That’s why, it’s for the benefit of the player to catch Darcus and take away the antidote from him as soon as possible. 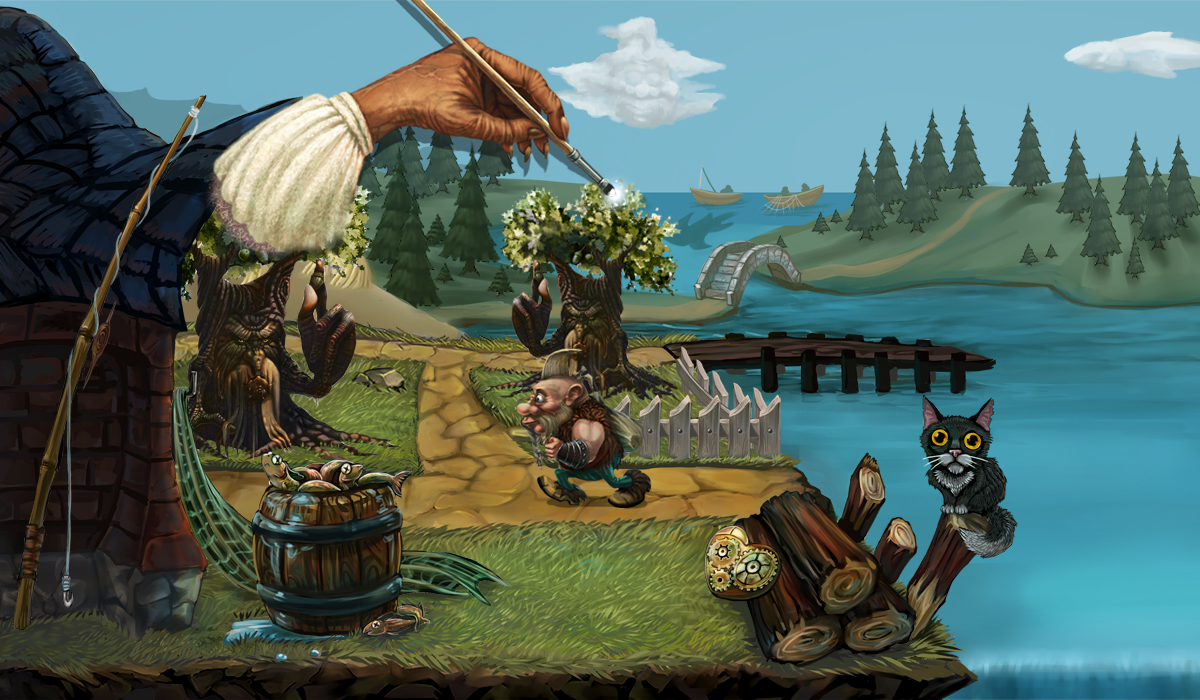 The release of Torek - Hero of The Painted World is planned for Q4 2016. The developers are planning to partly finance the project development with the help of crowdfunding campaign at Indiegogo that will start by the end of 2015.