There's a cool new menu screen, and it's a must-see!

Hi there! How are y'all doing today?

I've been toying around with menu screens in the past few weeks and I've finally decided on the final result. Today I'll be discussing the new menu screen, together with a couple of minor changes which have happened over the course of the past days.

From "First Impression" to "End Result"

At the end of last week, I tweeted out a first impression of the main menu screen, and I've been iterating over and over until I got to the current, final result. I might make a couple of changes in the future, but for now, I'm really liking it!

Here's how the menu progressed, in chronological order: 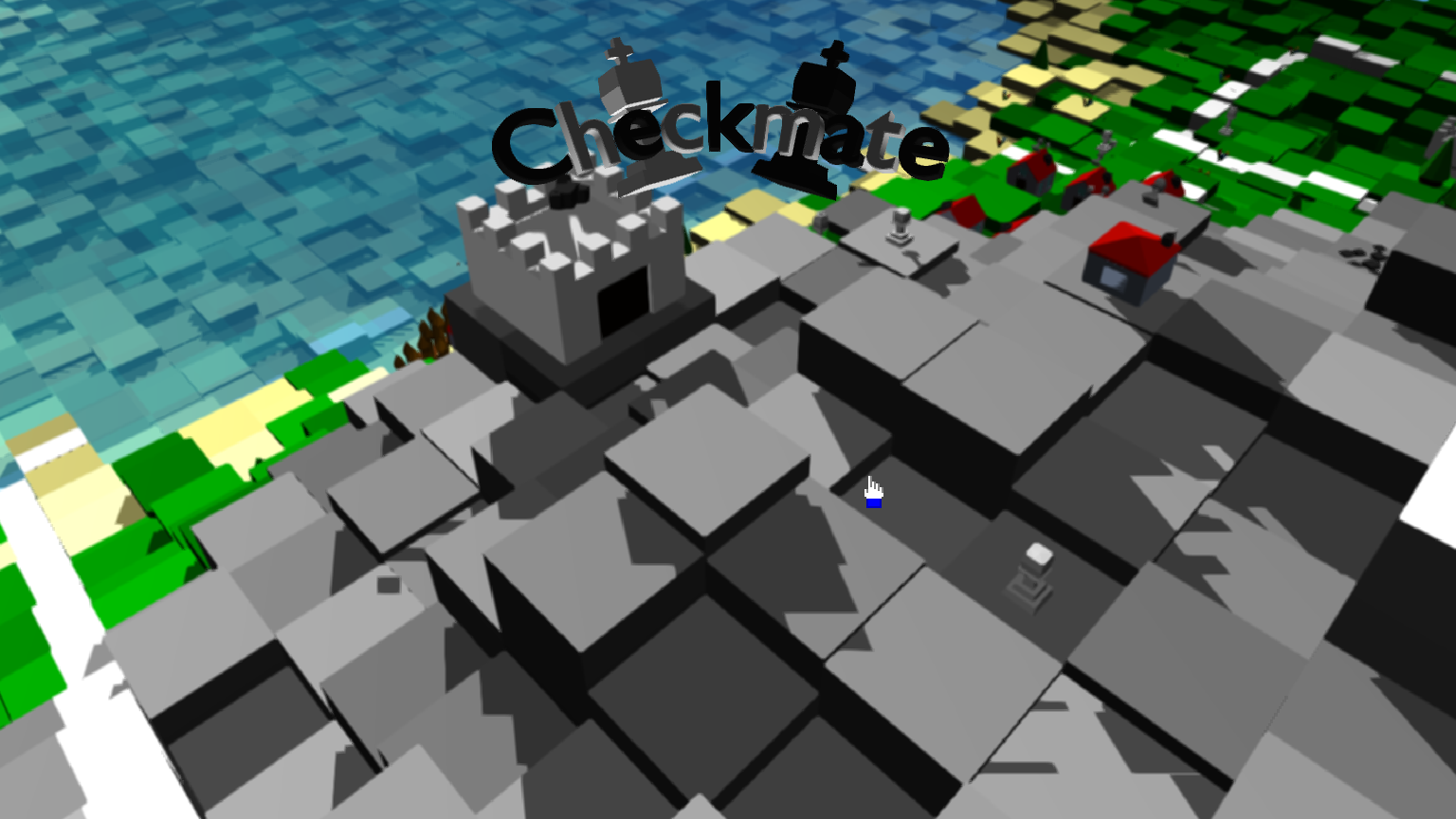 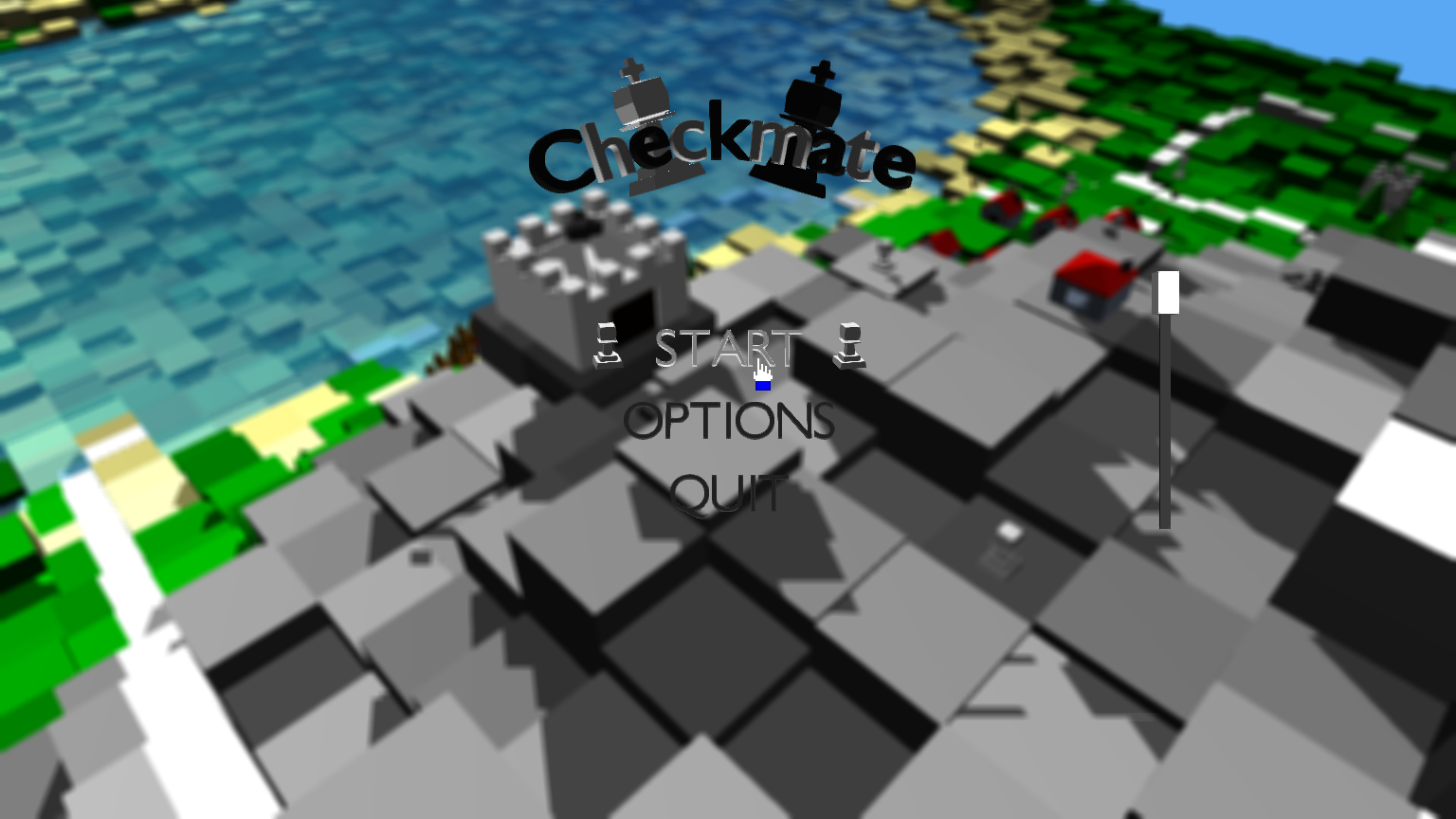 The menu started off with just the logo on screen with a basic background (in an incorrect resolution). I then added some auto-generating text together with a simplistic selection method. This was followed by mouse selection, an arrow for multiple options and a fully fleshed options menu. Finally, I blurred the background a little more, allowed different backgrounds to come in as alternatives, and added a slider bar along the right-hand side of the menu.

It was a slow, but fun journey to create the menu screen. I really wanted it to look good, as it's the first thing people see when they boot your game. As I've been scrolling through the options menu to adjust each of them, I've come to see how easy it works, and how smooth the controls are!

There is a little more to say about the options menu. The options feature a new special category, namely: "Gameplay". You may recognize this category from other games, where it's mainly about mouse sensitivity, but in Checkmate, it's something completely different.

From within the Gameplay section, you'll be able to adjust almost everything from the game; Which pieces are allowed, how many turns they should wait before play, if it's turn-based or real-time forced, if there is a timer and how long this timer should be, etc., etc.

The reason I'm doing this, is to allow you to tweak the settings yourself and build a game around the basegame which you like most. You'll be able to store settings seperately later on and load them in on particular games, allowing you to tweak the game to wherever you like it most!

A couple of other things I've added / fixed

I've been playtesting a little bit more, and a couple of bugs came to light, followed by me immediatly fixing them. Most of these bugs came from the defend part of the AI, and I hope I've finally resolved all of them, allowing me to get to the attacking bit.

First of all, I got rid of the passive movement (you can still turn it on through the options menu). Previously, pieces moved automatically when they had no task, but this turned out to be annoying and therefor I turned it off.

Secondly, I've added multi-selection. You can now hold Ctrl and select multiple pieces, then perform actions on them simultaneously, allowing you to move them to wherever you desire. This turned out to be a great feature for moving groups!

Thirdly, I've added the queen, the strongest piece in the game!

The model is still quite WIP, but it's a good indicator for now. She still needs to be tweaked a bit, but it's currently a really strong piece. The queen is the only piece which is allowed to move 5 tiles within one move, however, it does need to wait 3 turns before being able to move again.

I'll see how much I'll tweak her in the future, but for now, it's a good start.

And finally, I've tweaked the display of the timers slightly, to make them a little more user-friendly. They now become grey whenever a piece has moved, and a green outline will appear whenever a piece can be moved.

I've decided to now write weekly blogs anymore, but instead post whenever I've got something new / cool / interesting to show.

I'm hoping I'll be able to work on the attacking part of the AI next week (finally). I'm getting closer and closer towards a pre-alpha release, and who knows how quickly this may be!

I've also been looking into audio a bit; I'll try to get some sound effects up next week, and perhaps write a little background song for the game.

Hopefully you've enjoyed this post, and perhaps I'll see you next time!

Have a great day, and see y'all later!