We'd like to introduce you to the four Great Huntsman of Blacksea Odyssey! These four will be competing in the Blacksea Odyssey competition to earn the right to kill the Titanfish. The contestants include the cybernetic Old Man, the foul Xezemoth, the feared Rade "Crazy Eyes" Lawson, and the dazzling Emerald Jones!

Posted by BlackseaOdyssey on Sep 8th, 2015

Ahoy Space-Huntsman! We'd like to introduce you to the four Great Huntsman of Blacksea Odyssey! These four will be competing in the Blacksea Odyssey competition to earn the right to kill the Titanfish. The contestants include the cybernetic Old Man, the foul Xezemoth, the feared Rade "Crazy Eyes" Lawson, and the dazzling Emerald Jones!

The Old Man is the main protagonist of Blacksea Odyssey and will be the sole available character at the beginning of the game. However, all of the other contestants can be unlocked and offer unique stats and attributes! 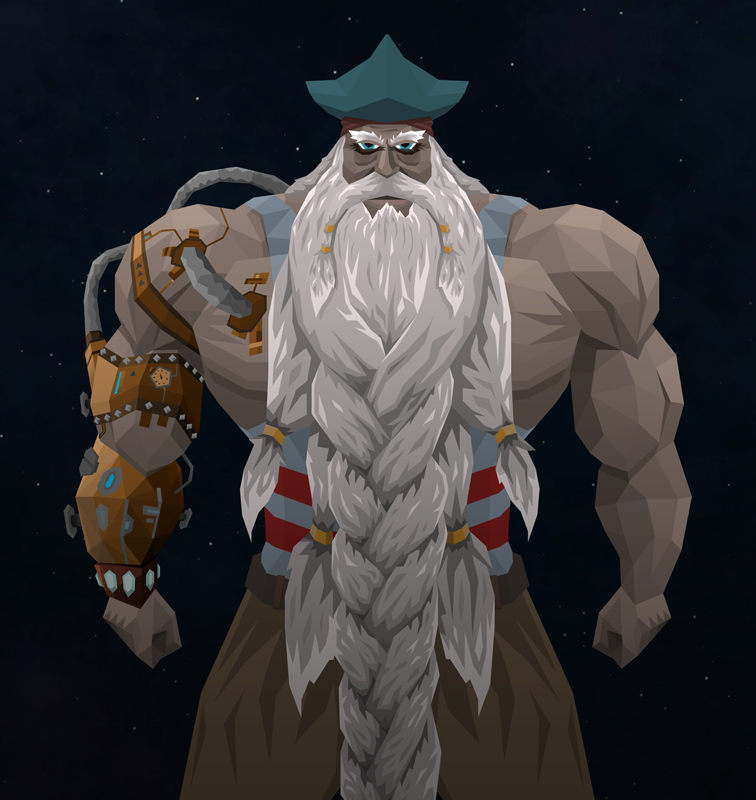 The Old Man, the eldest human huntsman to still roam the Blacksea, comes from a time where space huntsman used to kill for food, not sport. At the climax of his career, his fellow huntsman respected and revered his skill. But one day a Titanfish dug it's razor sharp teeth into his shoulder and ripped his right arm clean from his body. Despite continuing to hunt with a regenerated bionic arm, his skill and favor has sense wavered. The Old Man's unyielding determination and sense of destiny drive him to regain his glory and claim vengeance. 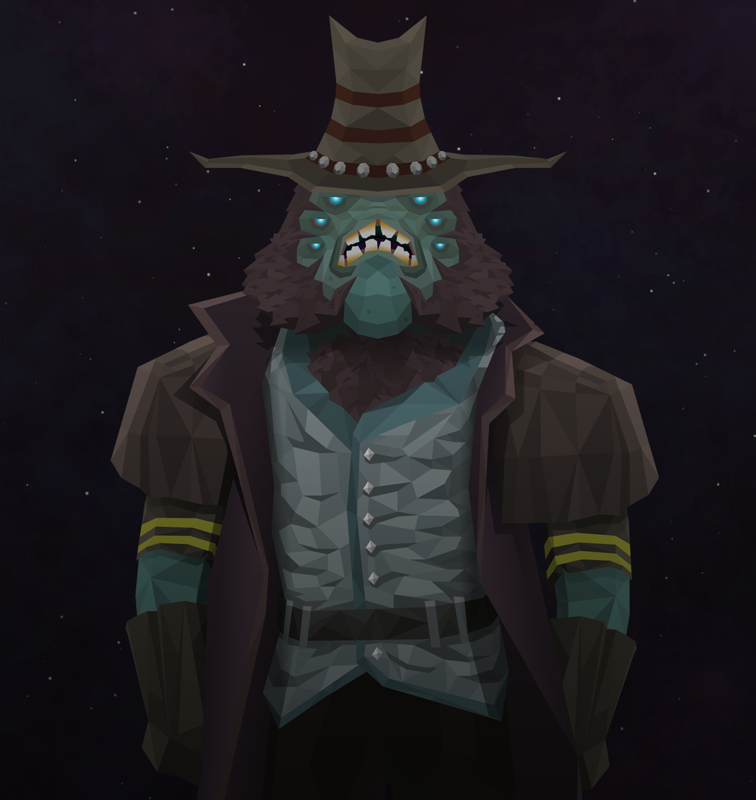 Rade "Crazy Eyes" Lawson is the most feared bounty hunter in the universe. Growing up on the galactic frontier with a rough childhood made him heartless and cruel. He only accepts the deadliest, most daring jobs - regardless of the pay. While he still does jobs on the side, he decided to take up hunting astrofish because he found hunting people "too easy and boring" for his taste. They call him "Crazy Eyes" because they say when he's on the hunt, he becomes crazed and his eyes unveil his bloodthirsty intentions. 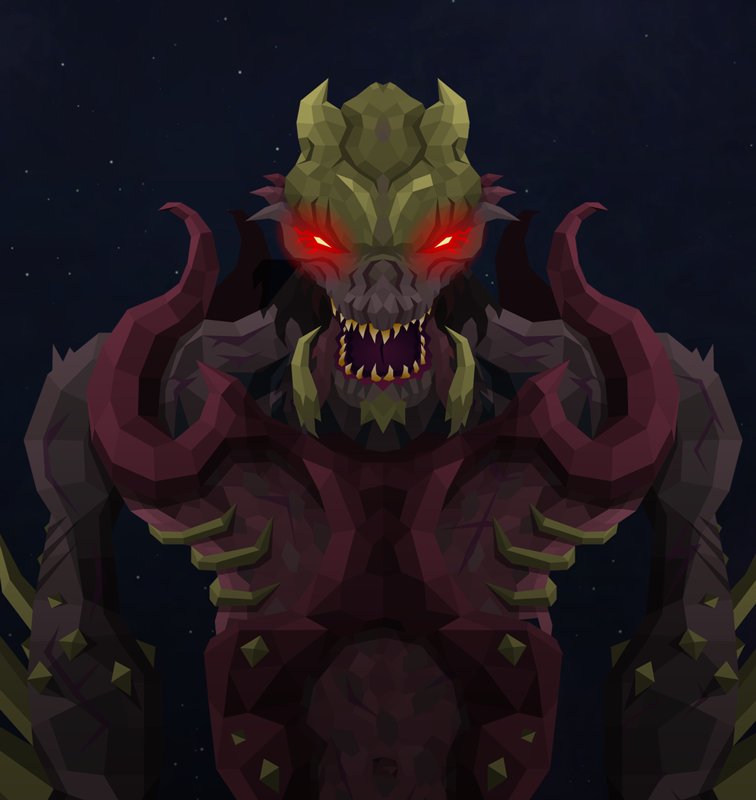 Xezemoth comes from a species of hyper intelligent reptilian creatures. Their species is known for it’s imperialistic and carnivorous view of the universe. They travel from galaxy to galaxy conquering all known forms of life, raping and pillaging anything they see fit along the way. Xezemoth is known as one of the foulest and cruelest amongst their species. Xezemoth is a specially foul beast of his species, after being tainted by the ghosts of the Neverrealm. His wrath is especially cruel, and so is his hunger to spread evil. 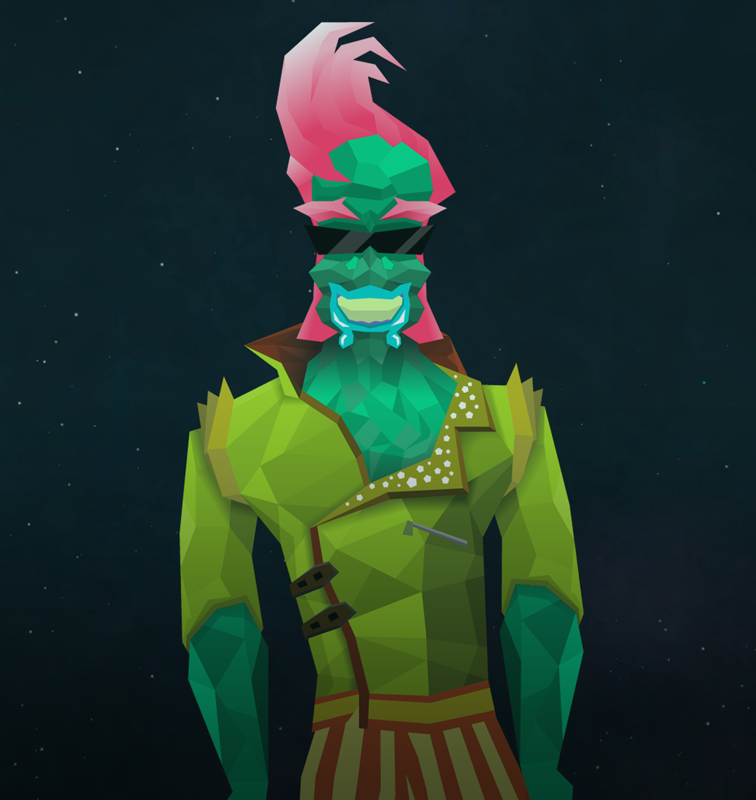 Emerald Jones' real name is Dexter, just Dexter. When he was little he was picked on by all of his peers and classmates. Growing up in the center of the fashion cosmoverse, he was always trying to fit in and be cool but had little luck. Finally when he became an adult Dexter changed his name to Emerald Jones and became a big hit in the fashion industry, his number one clothing line being Big Game Wearables, a collection of handmade purses, suits and jackets tailored from the skin of exotic space fish.

All of these characters (and more) will be unlockable and offer unique stats and attributes! Let us know which is your favorite, if you have any other character ideas, or if you straight up hate any of our ideas. We love feedback, so please be a part of our development!