Prologues, Battlegrounds and Patreon! We are excited to report that Dawn of the Tyrant has hit some big production milestones recently and we thought it was high time that we shared the news here on IndieDB too.

We are excited to report that Dawn of the Tyrant has hit some big production milestones recently and we thought it was high time that we shared the news here on IndieDB too.

There’s a bit to cover, so we’ll start at the beginning...

The most defining piece of the game has always been our unique World Quests system. This is what gives the player community the power to shape the story from one chapter to the next. Dawn of the Tyrant really isn’t Dawn of the Tyrant without World Quests – so we decided that an Alpha version of the game would be incomplete without them. It had to be about story defining gameplay – not just a series of hack and slash fights, or wandering the environments, or trying out the Crafting system, or anything like that.

So we aren’t calling it an Alpha. Well, not really, anyway.

Introducing Dawn of the Tyrant: Prologues – not just a playable demo, but the small beginning of a much bigger story. Prologues will tell the tale of the scattered clashes that will pave the way for the flames of all-out war in Chapter I. The actions and choices that players take in Prologues will make a real difference. The balance of power and the lay of the land when Chapter I starts will be up to players like you!

Over the course of Prologues, we’ll be opening up the world of Vónekh VII to players, one zone at a time. Each zone will feature a Battleground that will play host to fast and brutal battles where players can lead and fight alongside their handpicked warband to help turn the tide of the story in their faction’s favour. We are already playtesting the first Battleground, which features the first of our zones – known as The Thunderstone Geometries. In fact, if you take a look at our page here on IndieDB you’ll notice that it has undergone a big update over the past few days, with loads of new content and much, much more to see as far as gameplay goes – and that first Battleground, with its icy wastelands, frozen peaks and mysterious constructs can be spotted in screenshots and gameplay video.

That’s not all. We’ve also just opened the doors over on Patreon – and launched the Tyrant Legions: our brand new new player community. Our patrons will be able to unlock access to Prologues with all tiers from $5 a month and up.

Our Patreon gives fans the opportunity to get exclusive access to loads of content including art, lore, sneak previews, behind-the-scenes info and more. And it's not just exclusive content either. You’ll also be able to unlock access to the Alpha and be ready to play Prologues, plus even gain Chapter Passes for the forthcoming full version of the game.

Want in on the coming action? Join us! Become a Patron and join the Tyrant Legions now!

Visit us on Patreon

We’ll be sharing more about Prologues and Battlegrounds here on IndieDB shortly.

Until then – take a look at our updated IndieDB game page, check out Tyrant Legions membership on our brand new Patreon, or tell us what you think by chatting to us in the comments below. 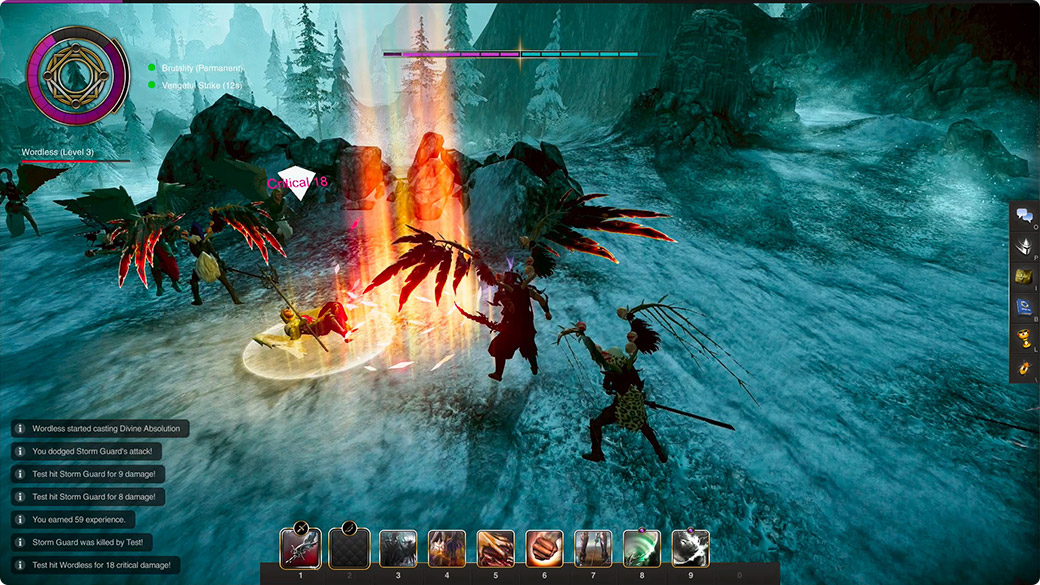