Comrade, let us introduce you to the strategic visual novel game, For the People. You are Francis River, newly appointed mayor of the industrial city, Iron-1. It is now down to you to lead this city, will you be a mayor for the people, or will the people eventually serve your needs. Whose side will you really be on?

The Union of People’s Orange Communes (UPOC) congratulates you on being appointed as the mayor of Iron-1.

The Orange Revolution has transformed this once small town into an industrial center with over 50 thousand citizens. The fate and destinies of the people in this city is now squarely in your hands, do not disappoint us.

“For the people!” is an acute social novel with strategic elements that puts the player in the shoes of a state official - the newly appointed mayor of Iron-1.

The destiny of Iron-1 is now in your hands and it will be down to you to handle everything from the justice system - it will be you who manages the townspeople’s appeals for justice, to managing the various city departments - who gets funded and who does not is your choice.

But don’t forget, politics is a dirty game and you will need to outwit your cunning opponents. Information is power - but to what lengths will you go to acquire it?

With over 5 possible endings, every decision that you make will have a consequence. You will need to balance the interests of the party, the future of the country, and the very livelihood of your citizens.

So, whose side will you really be on?

A Look at the Game

As the mayor, the people will turn to you - but it is up to you who gets help. Are some jobs beneath you, or are you a mayor for everyone? 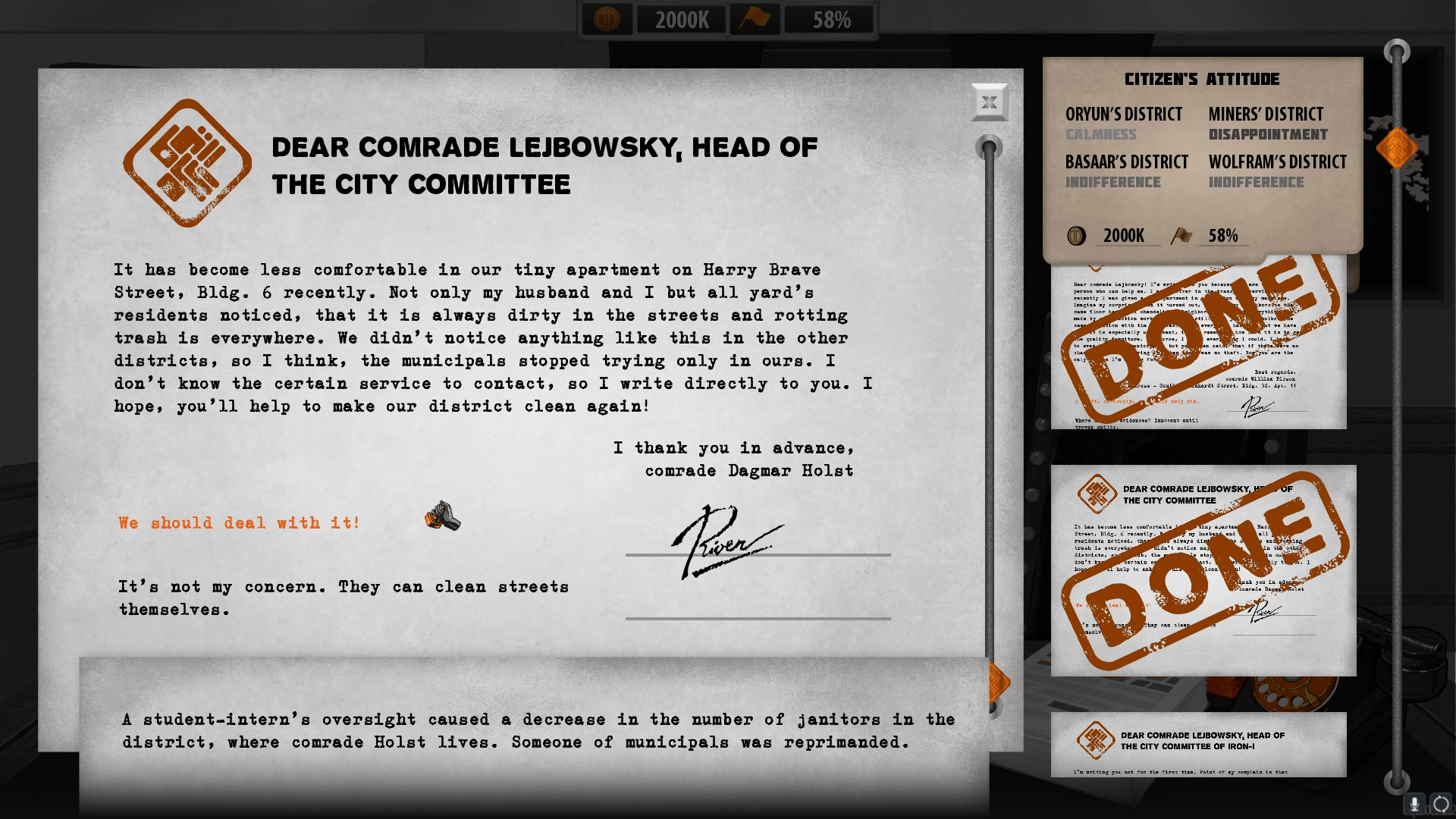 Your office is your base of operations where you will be called by the various departments to make the important decisions. 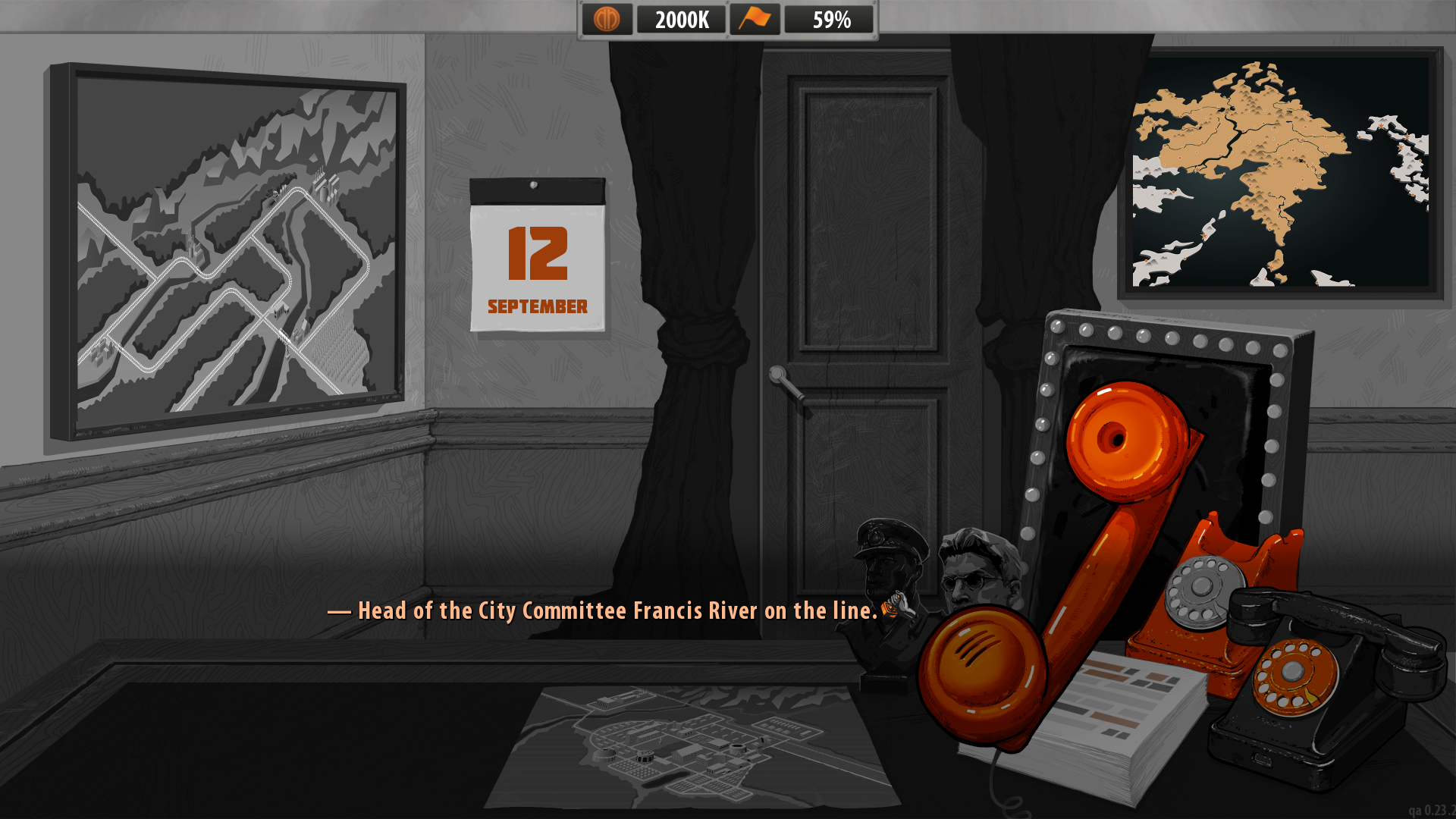 Helen Rosie is your ever-reliable secretary who has high hopes for you. Do not let her down. 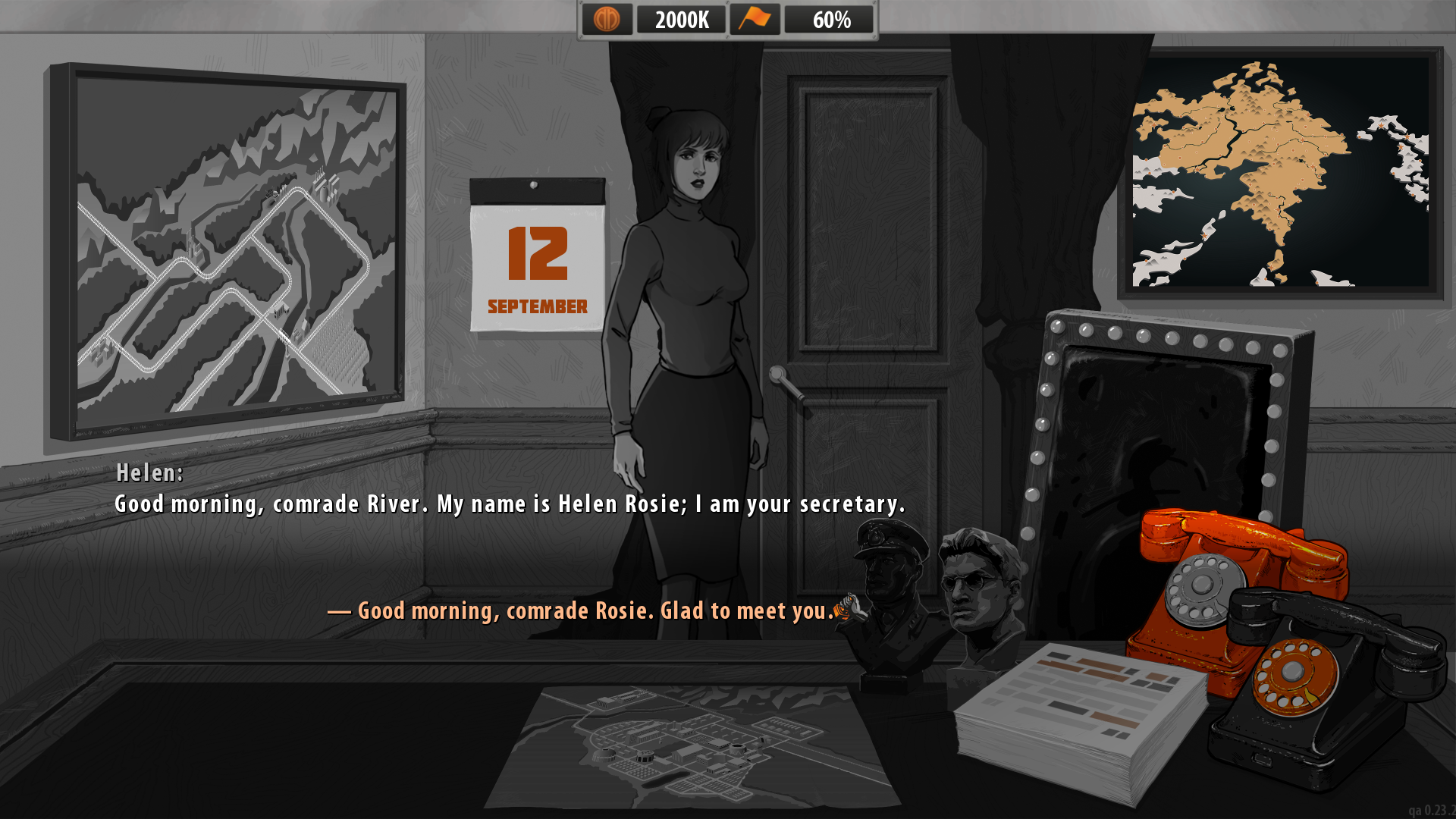 For the People is currently in development and can be added to your Steam wishlist today!