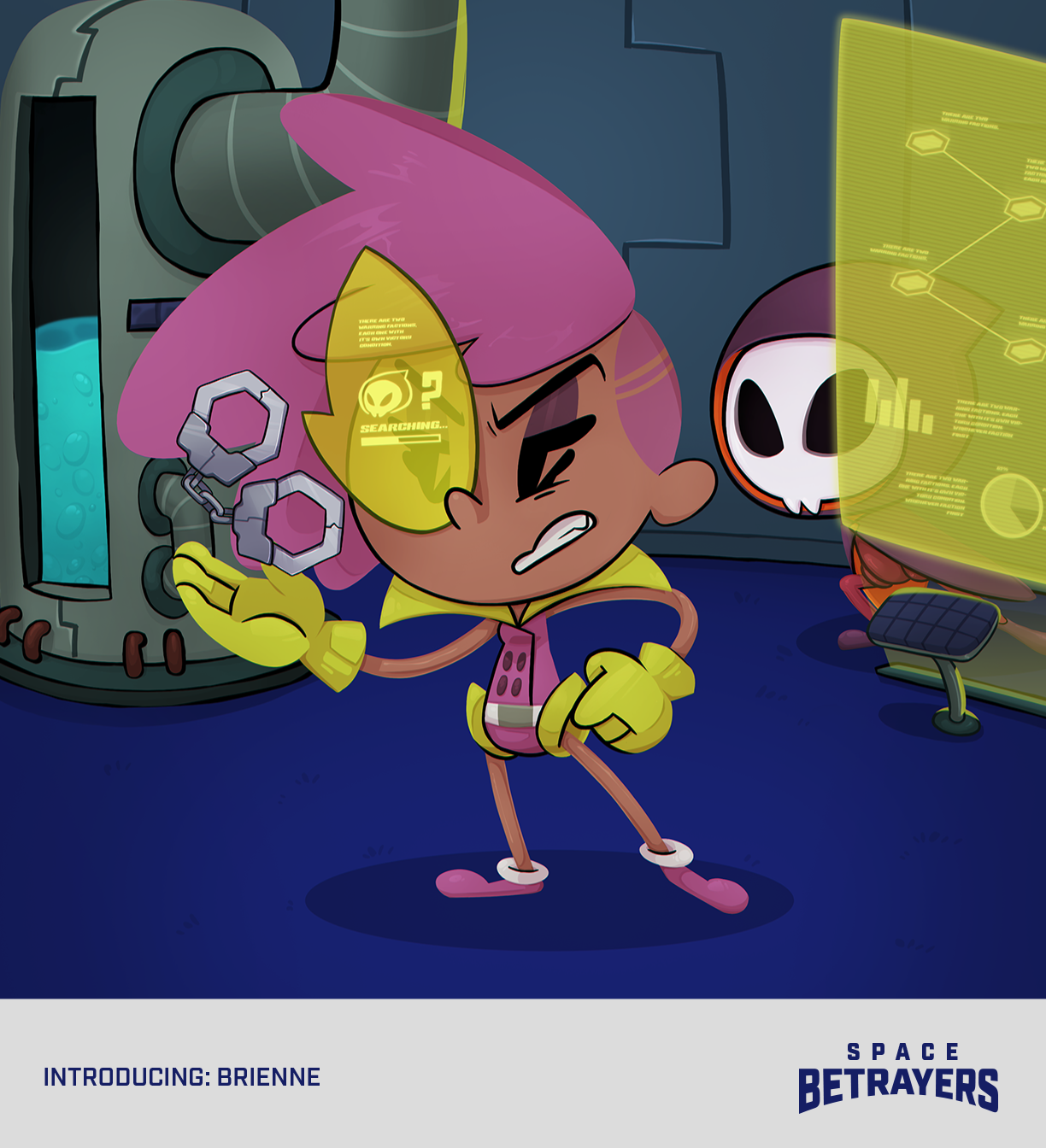 Always thinking ahead, Brienne works diligently to keep Swarm spies at bay. Her abilities allow her to control and arrest suspicious players and maybe even take the power to herself.

The skill deck defines how many cards of each type a character draws during the start of his turn. Each skill deck focuses on a different type of control and strategy.

Brienne skill card deck is heavily focused in Tactics and Leadership cards which makes her perfect to preemptively avoid any sort of danger. 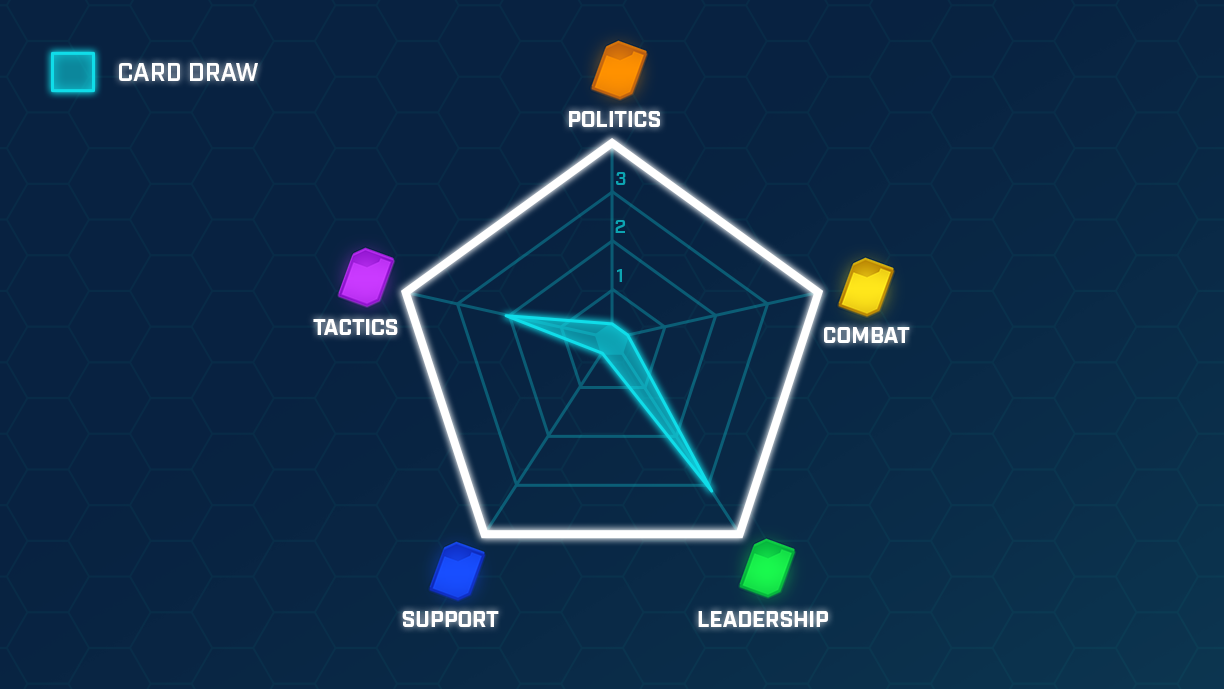 Each character has a role and a unique set of abilities, making them play differently from each other. Roles define which character can run for a power title at the start of the game or if they are capable of doing other feats such as piloting ships. Character abilities are composed of a positive and a negative modifier, which are passives that add or change game rules, and a Special Card which is a powerful trump card that can turn the tables at any moment. 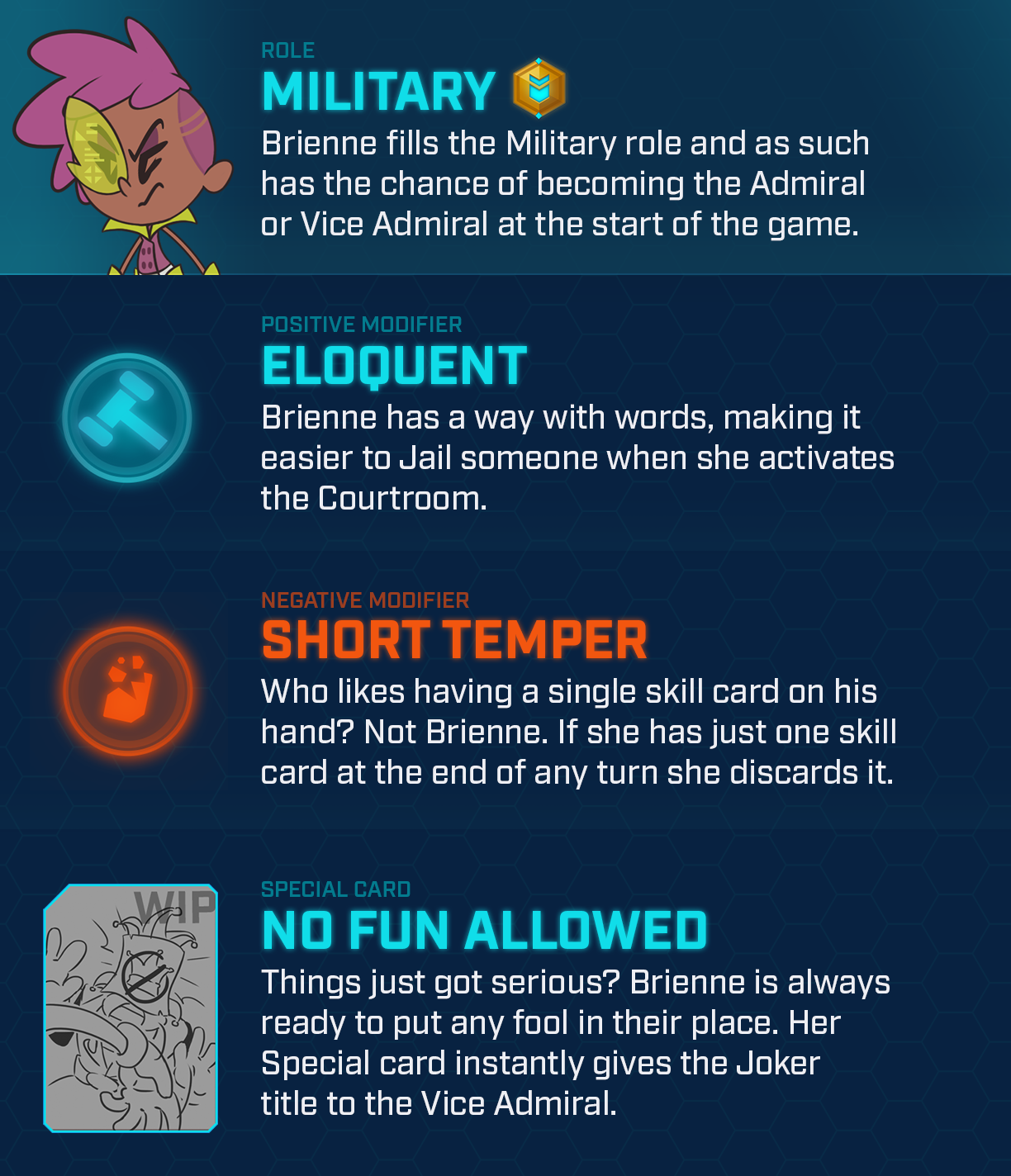 Some of the in-game animation states (Waiting, Idle, Thinking):

That is all for now, you can support the development of our game and gain access to Alpha builds by becoming a Patron. See you Sailors soon!