If you’re a fan of true crime and AR mobile titles such as Pokémon GO, then you’ll probably be intrigued by a new game entitled Misadventure in Little Lon. It’s the first game to fuse the two genres together, and just as intriguing, was created by the husband and wife team at 10Tickles Animation & Design. So, what mystery awaits those who dare play? Who are the real life people behind this true crime? What are some of the challenges of creating an AR title? Find the answers below.

If you’re a fan of true crime and AR mobile titles such as Pokémon GO, then you’ll probably be intrigued by a new game entitled Misadventure in Little Lon. It’s the first game to fuse the two genres together, and just as intriguing, was created by the husband and wife team at 10Tickles Animation & Design.

So, what mystery awaits those who dare play? Who are the real life people behind this true crime? What are some of the challenges of creating an AR title?

Find the answers to these questions and much more in our interview with Emma Ramsay & Andy Yong, below.

Andy has over 20 years of experience as an artist/animator, 10 years within the game industry. Emma’s background is in marketing and production.

As fans of true crime and gaming enthusiasts we recognized an opportunity to create games for the increasingly popular true crime genre and set about making it happen. We’ve been together for over 20 years, so we also had to figure out how to not kill each other in the process. {laughter}

Your 1st title, Misadventure in Little Lon, is a true crime mystery, AR mobile game. Can you tell us a little about it and what inspired you to mix True Crime with Augmented Reality?
Misadventure In Little Lon is based on a true crime in Melbourne Australia’s notorious red light slum district in 1910. It’s an intriguing crime narrative game that can be played from anywhere in the world. If in Melbourne players explore heritage sites where the crime went down, collecting clues and questioning witnesses to solve the crime.

We feel the augmented reality really helps to bring the historical characters to life. You interact with them as if they are a real person standing right in front of you. Lighting a cigarette, flipping coins at a gambling den and pouring drinks for a couple of gangsters adds to the immersive AR experience. 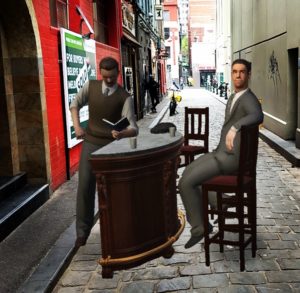 What was it about this specific storyline that drew you to it and made you decide this was the one that you’d use as the basis for your 1st game? Did you consider other storylines before landing on this one?
It’s a multi-layered story that investigates a series of clashes that led to Ernest Gunter’s demise.

There was over 200 hundred people at the Exploration Hotel that day, but each of the main witnesses in the Coroner’s Report had a very different recollection of events.

As the game unfolds you have to choose whose side of the story you believe; a stolen kiss, money owed to the mob, murderous intent or self-defense. Are they telling truth or lies? You decide.

You just have to listen to the bajillion true crime shows and podcasts out there to know there has been an insane amount of crazy true crimes. We are particularly drawn to lesser known stories that feature powerful women and tales of injustice.

As soon as we learned more about the central character and how she sought vengeance for her brother’s death, we knew this was the one.

Tell us about the main character, Maud Gunter.
Maud was a total boss! She started out as a street prostitute and worked her way up to become a powerful figure in Little Lon. She was a formidable street fighter, could do flying kicks and used a hat pin as her weapon of choice. 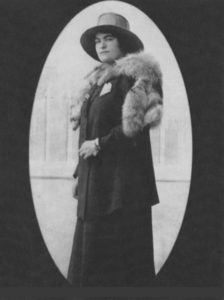 We were very fortunate to work with Maud’s descendants, who told us about her family life. She had close ties with the Chinese community, which was very taboo at the time, but most likely contributed to her success. She was also a caring mother of two (possibly adopted) boys.

As we see it, it was the unjust death of her brother that lit the fire in her belly to become an influential figure in Little Lon. She organized a ‘combine’ with the other brothel owners to have more power against the gangsters and the law. Eventually she owned 27 brothels and was driven around the dusty streets of Melbourne in a Rolls Royce. 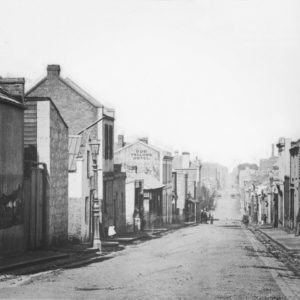 In the early 2000’s when the area was excavated to build more skyscrapers in the CBD, archeologists uncovered vast quantities of champagne bottles, oyster shells, gin & absinthe bottles, opium pipes, children’s toys like marbles and dominos and other relics indicating a vibrant and diverse community.

We have modelled some of the artifacts, which are now on display in the Melbourne Museum. These can be found hidden throughout the game.

Many illegal businesses had a ‘legitimate’ front. Lolly (candy) shops were a front for brothels and, at one stage, Little Lon had more lolly shops than any other {type of} business. Even one of our best-known gangsters, Squizzy Taylor, listed his profession as a confectioner!

Tell us about the process you went through to make sure that the locations, story, and real-life characters were accurately depicted in your game.
We enlisted the help of Crime Historian Michael Shelford.

He has spent the last ten years digging through the dusty police files in the Public Records Office to piece together the stories of Little Lon.

It was Michael that told us about Maud Gunter and introduced us to her granddaughters. Together we researched the locations, the witnesses and the newspaper articles from the time to make sure the story was historically accurate.

Most of the craziest parts of the story are true, so we’ve also included the real newspaper articles from 1910 that reported on the crime. (Look for them in your inventory).

Did you have to get special permission to use this real-life story (& people/their names) in your game?
We are very grateful to Maud’s granddaughters for allowing us to finally bring her story to light.

As the crime is over 100 years old most images, music, etc. that we used are out of copyright. As far as the “bad guys” go their criminal records are in the public domain and were shocking enough that we didn’t need to stray from the truth to make the game.

What are some of the challenges you encountered with the AR development?
This is the world’s first AR true crime game. So, we were experimenting with the AR systems, geo-location, game mechanics and the truthful nature of the story in a way that has never been done before.

Finding a balance between all of those elements was certainly challenging.

In terms of the user experience, the game appeals to a broad audience. We found gamers and teenagers were totally cool with the technology, while the older generation needed a bit more help.

At our launch events in Melbourne, we found that the dream teams were family groups. The younger ones could drive the tech, while the oldies were teaching them about brothels, opium dens and sly grog shops!

MILL is based on a true crime that took place in Australia. Tell us about the differences in how Misadventure in Little Lon plays in Melbourne versus anywhere else.
The story itself is so intriguing it works well as a narrative game playable from anywhere.

In some ways there is a benefit to playing it from the comfort of your own, distraction free, lounge room. Our amazing sound designer, Sianna Lee, paid close attention to the psychoacoustics and created a soundscape to transport the player back to 1910.

If you play in Melbourne, you’ll explore the actual locations where the crime went down.

There are only a few heritage buildings remaining in amongst the giant steel and glass skyscrapers. They are difficult to find if you don’t know where to look. So, the game is a perfect way to uncover them.

For example, one of the locations is now a tiny gin distillery/cocktail bar in the last single-story workers’ cottage in Melbourne. Another location, Brogans Lane, is the narrowest laneway in Melbourne. Here you’ll meet the antagonist John Evans.

It was such a dangerous place in 1910, Louis Esson wrote a spine chilling poem about it.

We’re currently working on our next game about a fortune teller and phrenologist in 1899. 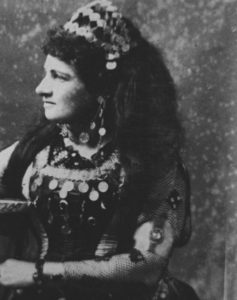 From there we’ll go wherever the most fascinating true crimes take us. Japan, London and NY are all in the cards. Dream big we say!

Now that you’ve completed and released your first game, what’s your best piece of advice to other indie developers working on their first title?
If you have a unique or innovative idea, go for it!

We are very fortunate in Australia to have funding available for creative industries and small businesses.

Have a look at what’s available in your country to help you get started. Once you’ve done your first application, they get easier each time. It also really helps to have teammates with diverse skills and a solid plan to market your game before you’ve launched.

Thanks so much for your time. We wish you the best with Misadventure in Little Lon and look forward to future mysteries from your studio, 10Tickles Animation & Design.

Misadventure in Little Lon is available now for mobile phones via the App store & Google Play. (Try the 1st 2 scenes for free).

Read more & see a trailer for the game on the title’s official website.