In which much gets done whilst internet is absent.

I just got internet back after being without it since before Christmas. It was a tearful reunion, to be sure. Turns out, I was actually more productive than usual without internet. There's a one-word explanation for that, and it rhymes with "edit".

ANYway, here's what got done:

When you finish a play session, you'll see something like this: 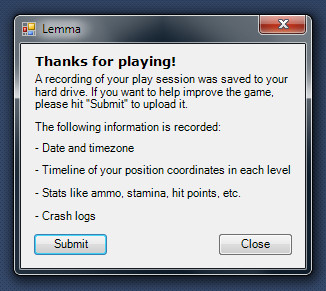 I haven't figured out the server side of this system yet, but all it really needs to do is accept plain text file uploads. Once I have the files, it's easy to load them into the editor, yielding data like this: 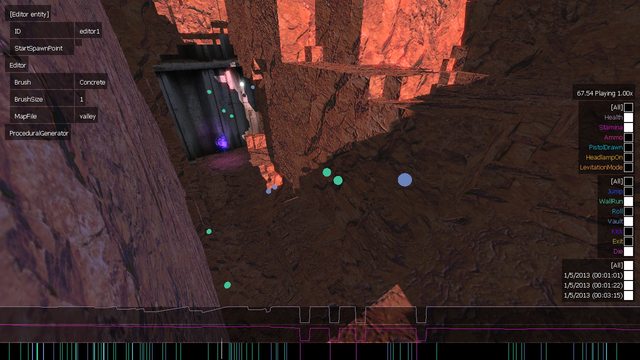 On the right-hand side, you can see how I can view individual play sessions, or select all of them and filter by event type. For example, if I wanted to see where in the map people most often exited in a fit of rage, I could select all the play sessions, then filter on the "Exit" event.The player's position at the time of each event is visualized as a colored dot. I normalize the first three bytes of the MD5 hash of the event name and use that as the color.

At the bottom you can see I also record graphs of various properties, like the player's health and ammo. I can also just play back the recorded sessions at up to 10x speed. The analytics data also includes crash logs, so now I can see the circumstances leading up to a crash.

TL;DR: The next alpha release should give me a lot more useful information about pacing, difficulty, and bugs.

I'm working on a pitch-black claustrophobic section of the game. Ancient FPS tradition requires that I implement a flashlight. 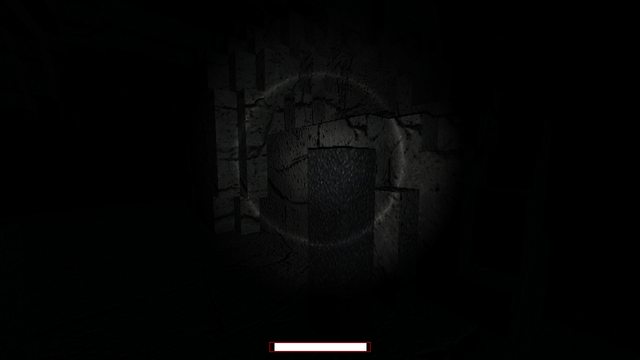 Complete with shadows and everything!

I tried to implement SSAO. This is as far as I got: 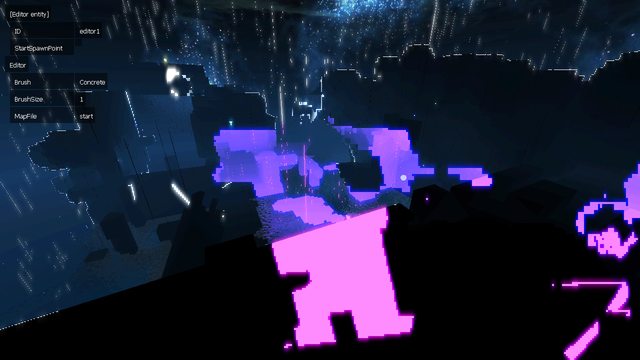 I know, I'm not a very good 3D artist. I've been getting some complaints about it. I'm trying to go back and re-vamp the player model without throwing away hundreds of hours of work. I've already made one of the easiest improvements, which was to photochop the textures a bit and add normal-mapping.

Here's before and after: 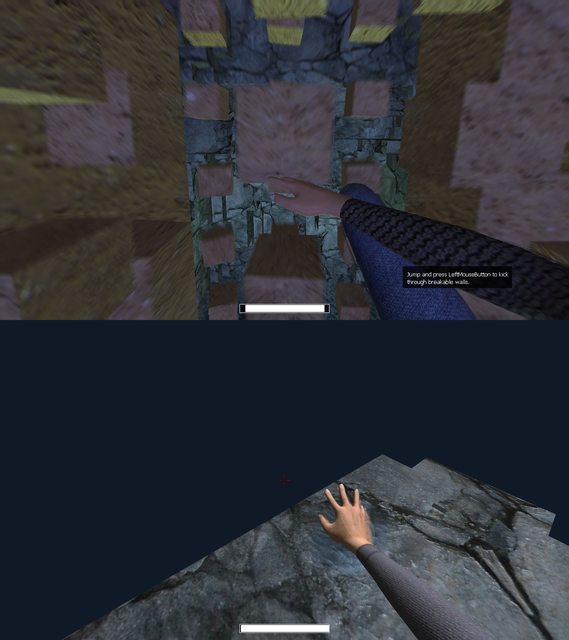 Here's some other things, because you obviously have nothing better to do!

Thanks for reading. Hang in there for the next alpha release!

I like the demo playback analysis feature, it will really help you see where most people get stuck.