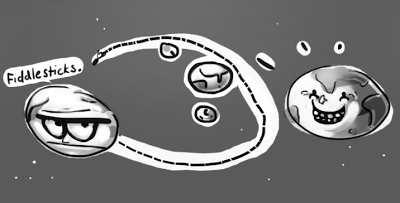 Game design guy Sasu, here with another post detailing Interplanetary's progress and game mechanics. Alpha is coming along nicely, even though the graphics might not show that big of an advancement. The weapon types have been basically implemented and just need to be fiddled with. A lot. This feels like a nice point to segue into the subject of this blog post:

The Weapons of Interplanetary

This time, we'll expand on our last time's subject of Targeting by taking a look at different weapon types and their targeting features.

There are three main weapon types: railguns, missiles and beams.

Railguns are simple weapons, meant to overwhelm the enemy, but they're not exactly known for being accurate. They don't use a huge amount of Power, so it's usually possible to fire many of them in one turn. 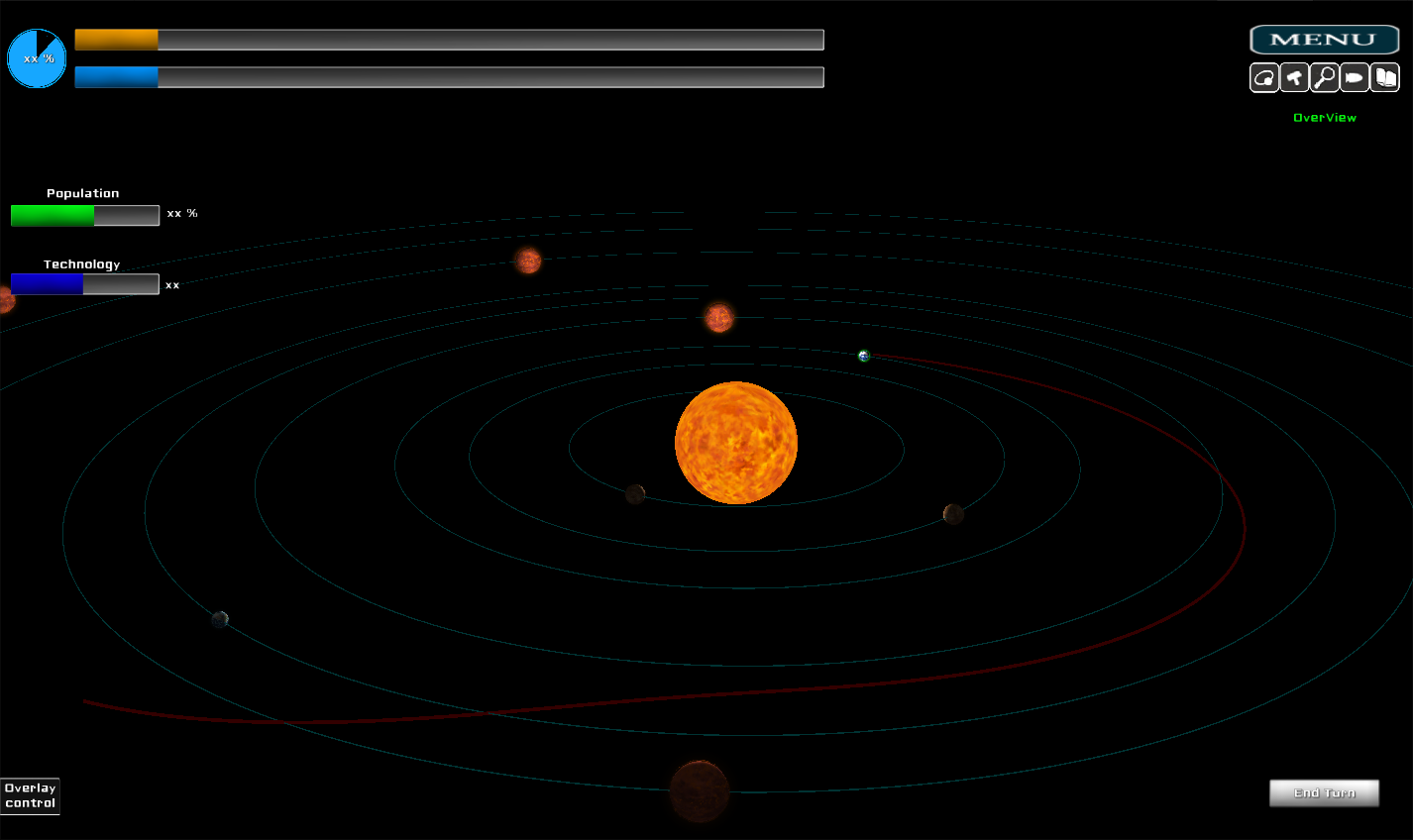 Whereas railguns have a bit of a luck element in them, missiles are designed to be accurate. They are not as much affected by their surroundings and it is much easier to hit specific targets with them. Missiles are a bit of power hogs, though.

The targeting of missiles actually consists of two phases. In the first phase, the camera zooms in to the enemy planet and you can get a proper look of its surface. This is basically the Intelligence View. In this view, you'll be able to click anywhere on the planet to set a target. After choosing your target, you enter the second phase, similar to railgun targeting. Now you can set the trajectory and try to hit as close to the marked spot as possible. 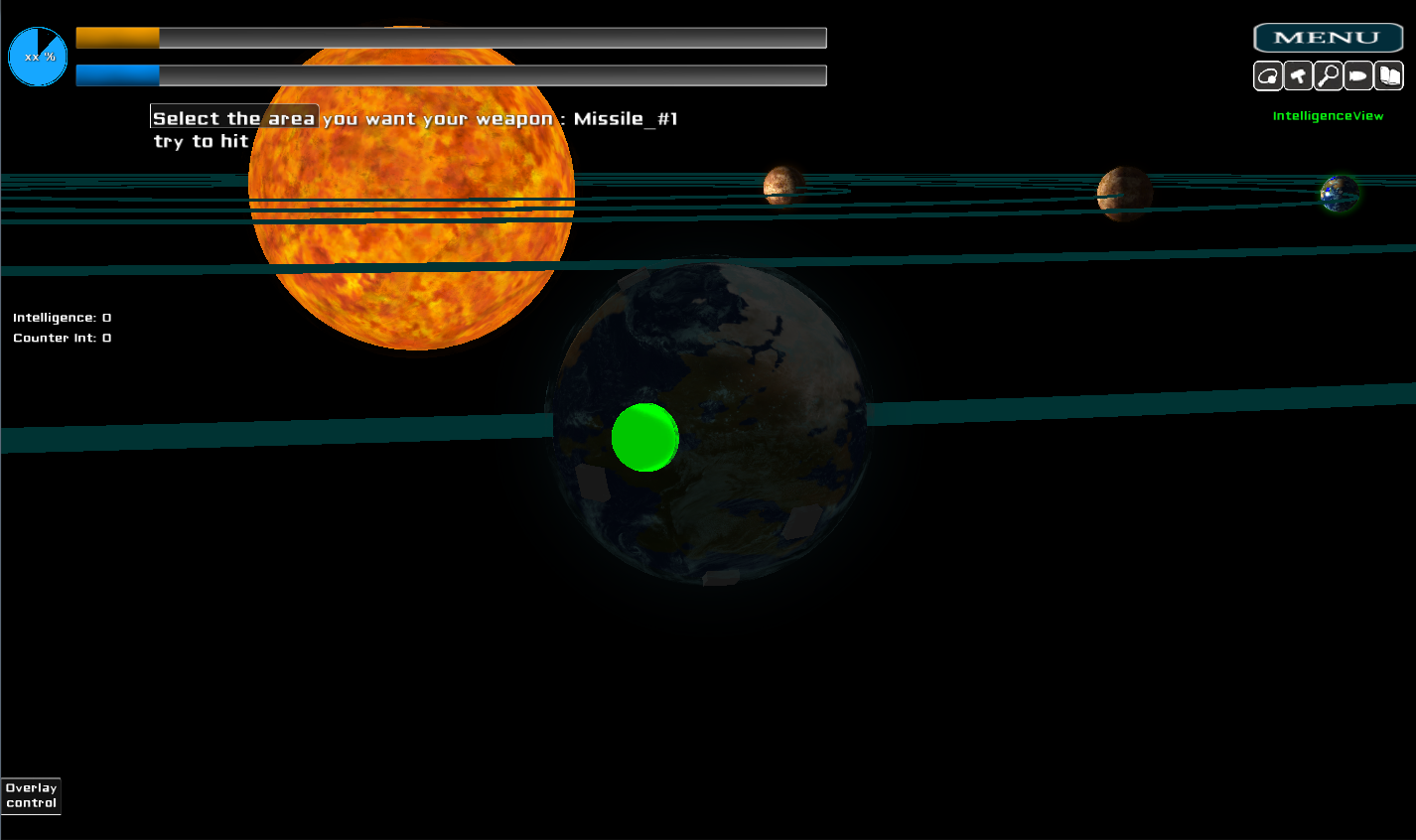 You can even target the opposite side of the enemy planet.

So, you've set the trajectory and also an exact target on the enemy building. As long as you manage to shoot your missile close enough to the enemy planet, it will enter its orbit. While there, the missile will travel towards the target point on the planet's surface. The longer the time spent on the orbit, the greater the chance that it will get shot down by defense guns or other hazards. This means you should try to aim as close to the target as possible.

Beams differ from other weapons in that the gravity doesn't affect them one bit. Their trajectory is always a straight line. Depending on the situation, the enemy planet can be very easy to hit, or simply impossible, because of obstacles in the way or beam weapons placed on the wrong side of the planet.

Beams also have a two phase targeting: once you set the trajectory, you can specify the exact spot the beam hits. The choice of targets is much smaller than with the missile, since you may only target one side of the planet. In optimal conditions, this makes beams the most accurate weapons by far. Unfortunately, their attack power is fairly low. 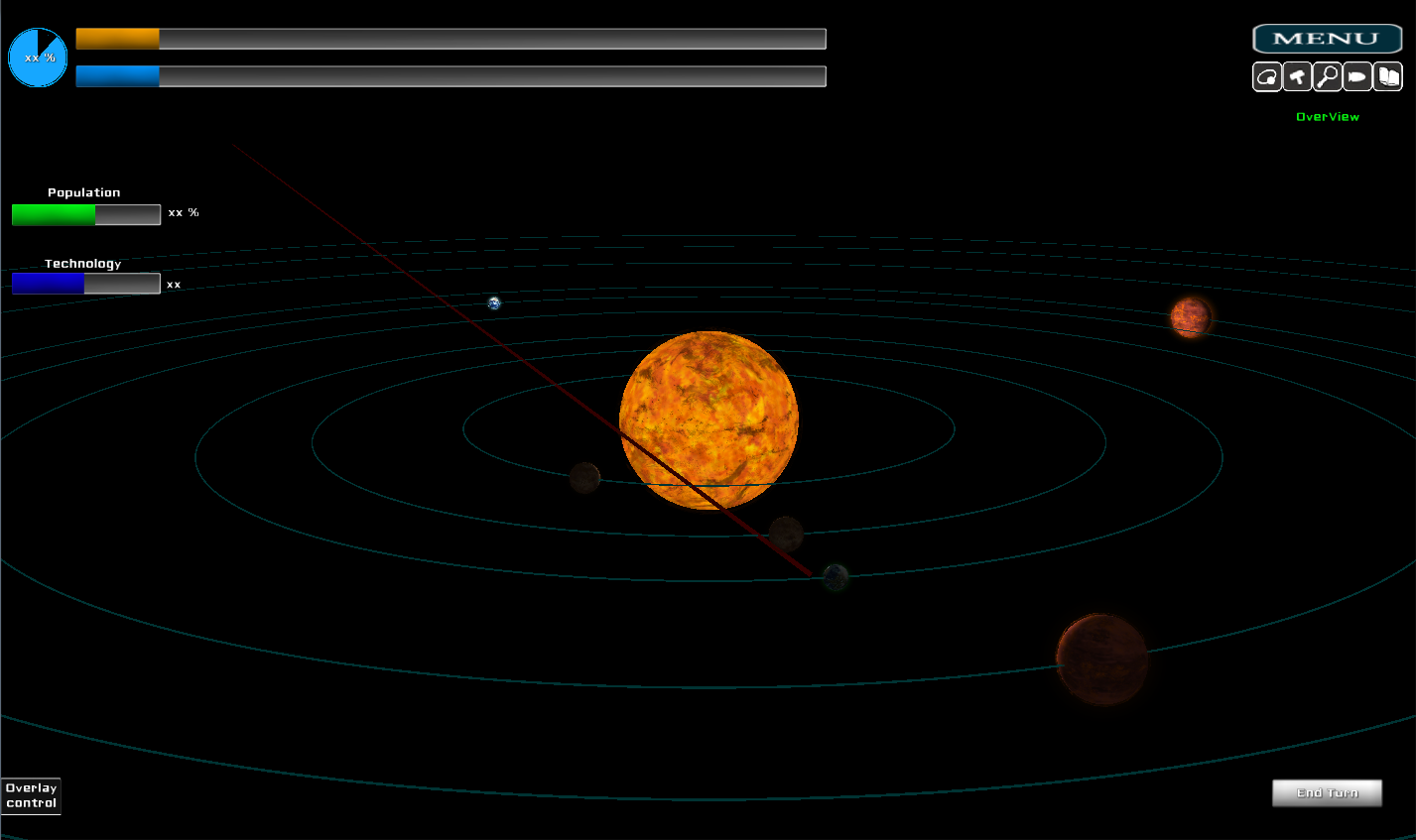 Everything's in the way!

The weapons in Interplanetary will be based on these three types. Some will have radically different stats and some will have added effects, but the basic concepts are still the same. There will also be slight tweaks to this system in the future, but the idea stays. Hopefully, this has been enlightening. See you next time!

Check our website for more info about our rocking team and projects.