Post news RSS Inside Interplanetary: The Remains of the Year

Ho ho ho! The jolliest holiday greetings from Team Jolly Roger! Hope you've been well, our dear Interplanetarists, and everyone else interested in our misadventures in game development!

It's been a while since we've been actively putting out status updates, blog posts and such. But now, right before we set out for a quick Christmas holiday, would be the perfect time to quickly go through what's going on over here and write about our general thoughts on the passing year.

Interplanetary Musings and Thoughts for the Future 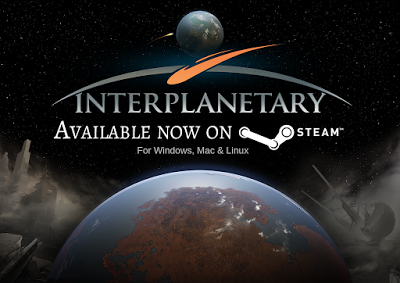 And so it began.

May 12th 2015, we released our first big PC game, Interplanetary, on Steam after a year of open development on Early Access. It was a roller-coaster of fun and horror, as these things tend to be! In the end, everything went much better than expected, a lot of which is thanks to the enthusiastic and warm reception of the game. You guys are the best!

That said, not all the features we planned made it to Interplanetary. As most developers nowadays, we didn't simply throw the game out there and were done with it, but had great plans of supporting Interplanetary by fixing things, adding things, balancing things... Maybe even a bit too great, it turned out.

Some bumps on road to release caused a lot of trouble with our subsequent support of the game. Shortly, we discovered some difficult online networking problems affecting some of the players around the launch time. You can read more about it in our July status update. We had to push back the bigger, funner features on the list and concentrate fully on critical fixes. We even put on hold some of our regular events, such as Whack-a-Dev's, until it was certain that no player would lose progress over a networking hitch. But, as it turned out, fixing the networking problem would require diving deep into the roots of the game, re-writing the code extensively; and the schedule was tight.

With all the patches and trouble, we blew through the time we wished to spend on more interesting things. Eventually, most of the team needed to move on to different work-for-hire-projects, thus, having to leave Interplanetary support to the background, which was quite disappointing for all of us.

Now, although we're heavily occupied by other work and can't give you any sort of sensible timeline yet, we are looking forward to continuing to support Interplanetary once we are able. We do eavesdrop on the community all the time and are very grateful to the players, who are still sending us excellent feedback!

Things didn't always go as planned and we ran out of time. Now we're really busy with other work. We want to update Interplanetary, but don't know when it's possible. Hopefully soon!

Of course, it wasn't all pain and disappointment. After all, Interplanetary was our first significant project and, as tough as it was at times, it let us learn a great deal of things. Not to mention the confidence we found in the friendly reactions from the critics (even got to appear in printed press!) and eager participation of the community - great morale booster! 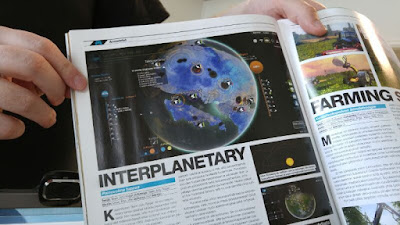 Interplanetary in print. Next to Farming Simulator 15, no less!

Speaking of morale boosters, even though enthusiastic players are the best prize any game developer could ever ask for, getting an actual award also feels pretty great. And that's how it felt to win Nordic Game Indie Sensation Award last May in Malmö, Sweden! Unexpected and absolutely overwhelming, such recognition from peers, only days after the release gave us the strength to go on and the public attention to get Interplanetary noticed by new audiences.

The conference was fun and we got a hefty souvenir to take home, too.

Aside from the Nordic Game Conference, we got to tour inside Finland and all across Europe, showing off Interplanetary and meeting some of you guys! Among the events we got to attend in 2015 are: Paris Game Connection, Slush in Helsinki and Unite Europe in Amsterdam. Pretty out there, huh?

Yeah, quite a busy year! It's been mostly behind the scenes, out of the public eye, working on secret projects and such. Makes for a kind of a boring retrospective when we can't talk much about the things we're been working on, but we hope we've been nicely transparent and answered some questions.

Thank You For Your Patience!

And now it's time for us to take a little Christmas break. We'll be back in business early next year. Enjoy your respective holidays, everyone! Take it easy, play lots of games and we'll see you again soon!

May the Blast be with you!