Just when you think you have it all figured out...

Quite chaotic, but not completely random.

Sasu, here! I design games! Mainly Interplanetary at the moment, though.

Interesting times are ahead for our team: we are about to move into new premises. This, of course, affects our pace a little bit, but it can't be helped. Also, many new expenditures are introduced with the change, but we'll manage somehow. We might chronicle our experiences here some other time, just as a curiosity.

But today, something completely different:


There are many things to manage when your planet is being bombed by an extraplanetary threat. It can get overwhelming, especially considering all the other things related to keeping up a planetary civilization. We call these other things Random Events.

At the end of the turn, your Event Log shows all the notable things that took place in the Action Phase between turns. Messages like: "Power Plant No.3 was heavily damaged" and "New Intelligence Acquired" are quite common and self-explanatory, but sometimes, something unexpected creeps in. Whoops, a meteoroid is heading straight towards a city and the Nuclear Power Plant No. 3 had a reactor explosion.

Despite their name, Random Events aren't truly random. The odds of them occurring often have a lot to do with player actions; they are just risks that you have to take. For example, building many Nuclear Power Plants naturally increases the odds of accidents happening and developing a sentient AI will have dangers of its own. Of course, some things, such as natural disasters, tend to happen whenever they feel like it, but they are usually reported on in advance. You can always at least alleviate the damage and a Random Event is almost never truly devastating, unless you really mess up your reaction to it. 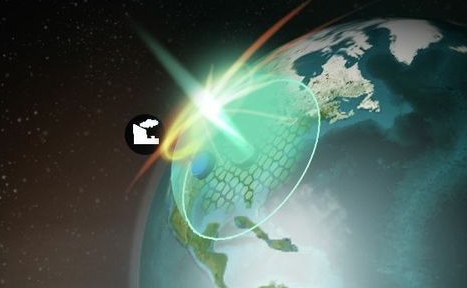 A good old forcefield can handle pesky celestial bodies raining on you.

Random Events aren't always bad. Your scientists might make unexpected discoveries or your mines could strike into a particularly plentiful vein of Material. Bad events for your enemy are also good for you. Even seemingly negative things you might be able to turn into profit by reacting appropriately.

It's the reaction to these incidents that count. If, for example, something threatens one of your cities, you should spare some resources to build some defenses around it. Sometimes, you may even get a clear choice of action in the event report itself:


Workers of Mine No. 7 have gone on strike.
A) Start negotiations
B) Arrest the workers
C) Terminate the workers

Two of these options are extremely bad for Morale. Can you guess which ones?

That's the gist of it. At a first glance, this system may feel a little unfair, but rest assured, there is a balance to everything. You win some, you lose some and it's the same for your opponent. It's just another layer of complexity that gives you things to do, even during the quieter times. See you next time!