Post news RSS Inside Interplanetary: Cities, the Lifeblood of Planets

So, how do you actually win Interplanetary? No need to eradicate all enemy life, just decimate their civilization! 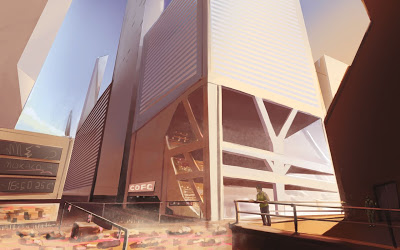 Looks like a utopia, but they're just resources of the war, really.

Hi, My name is Sasu and I'm a game designer. Let's discuss some Interplanetary.

Testing, testing, testing, not much interesting tidbits to tell about. The soundtrack is proceeding nicely and we have some awesome tunes ready for different phases of the game. We're posting the soundtrack bit by bit on our Youtube channel, so take a look if you're a fan of game music, and I know you are!

I can't believe we haven't thoroughly gone through today's subject yet. It's quite a big part of the game. I'm, of course, talking about...

I'm sure some of you have been wondering, how exactly to win a match in Interplanetary. While the exact conditions can change around, the basic idea is to reduce your enemy's civilization to ruins. You do not need to destroy all life on the planet, or demolish every single structure; all it takes is to lower the Population of the enemy's cities enough to make them unproductive.

The Cities house the real life energy of the planet: the Population. The Population of the planet is responsible for generating many resources. One of the main features of Cities is their ability to produce Projects. Each city has a certain amount of Project Slots, depending on the amount of Population in them. You may then assign different Projects on the slots and, once again, the Population amount will dictate on how quickly they will be finished. Projects grant certain bonuses. Some are perpetually active, until removed, and others have a one-shot effect. 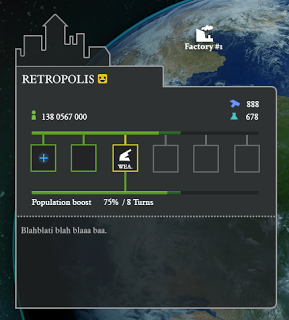 If a City's Population is low enough, all its Project slots are lost and the city is deemed unproductive until it manages to grow back to its former glory. When all the cities are in an unproductive state, it's game over.

Of course, it is possible to completely wipe cities off the face of the planet, but that would require quite a lot of firepower. Still, sometimes it's better to play it safe; the opponent can, after all, try to help its cities regenerate by different means. There's no thrill like overkill.

The amount of Population in Cities can fluctuate wildly, depending on many things: a catastrophic event may suddenly kill millions, but new citizens do get born all the time. It is possible to encourage the growth in different ways. For example, keeping a City connected to the rest of the world and initiating Projects to boost the Morale of the populace are good ways to give some incentives to breed. Then again, if you're so inclined, why not just clone people? Might not be the best for the Morale, but it kind of gets the job done. 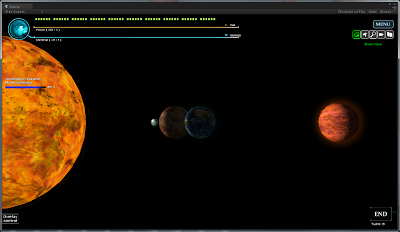 The amount of Project slots, in each city, is shown as a green life bar.

So, to devastate the enemy planet, you need to be ruthless and make the lives of the people as miserable as possible. Persistent attacks give them no time to recuperate and also wreak havoc on the Morale, which in turn affects many things from Production to Population Growth. Even Technologies get developed slower if there are no people to develop them.

There's quite a lot going on there and possibly worthy of a future post, but these are the basics. Just remember to take care of your cities! Don't litter, and so forth.