Details on what I've been doing the last few weeks, including my submission to Indiecade as well as a new tech demo level I've been working on (screenshots included!)

So it's been about a month since my last update. There's been a lot of stuff going on and I've been pretty busy. So here are some of the main things that have happened.

First of all, I submitted BHB to Indiecade (which for those who don't know, is an independent game
festival). BHB wasn't nominated for anything, which was a bummer, but understandable given that it's still in early stages (as opposed to all the completed games that get submitted). But the neat thing is I should have a chance to showcase it there and let people play the latest build (at least I think so, I've never been to Indiecade so I don't know how these things work). But anyways I'll hopefully be there at least Thursday and possibly Saturday. So if you're going to Indiecade, keep an eye out for BHB!

The build of the game that I'm bringing is going to include the level I submitted to Indiecade this past summer (basically what you see in the trailer), as well as two additional levels. One of these additional levels is the current version of Level 1 (basically what you've seen so far in the more recent screenshots). Speaking of which, here are some new screenshots of it! 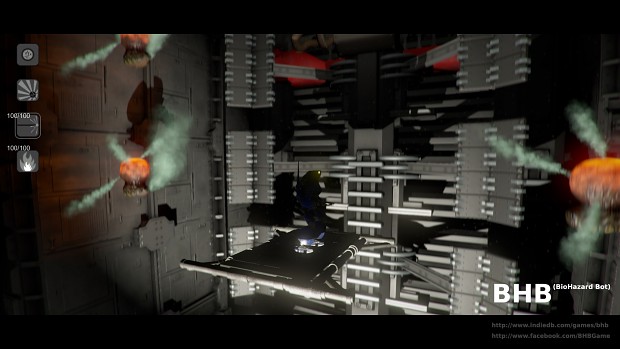 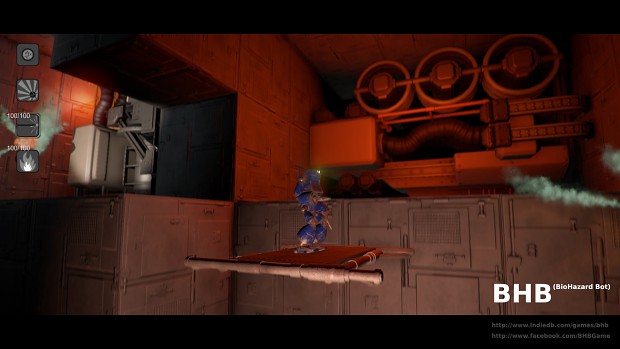 The other level is a brand new one, it's a tech demo level. The tech demo level basically explains how most of the game mechanics work and the philosophies behind them. So for example in the case of BHB's weapons, it explains what each weapon does, how to use them, and their strengths/weaknesses. I'm going to be submitting BHB to the IGF, so this tech demo should be helpful for the judges (and anyone else who plays it) to understand what all I'm trying to do with this game. 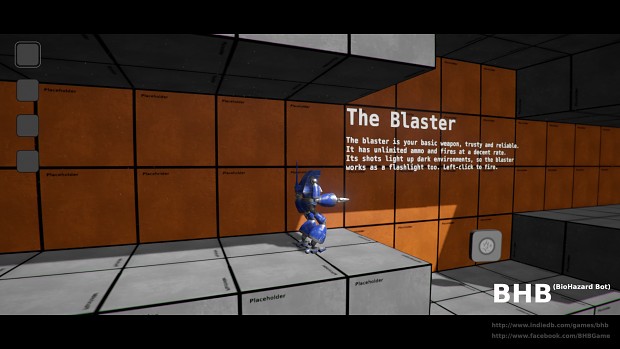 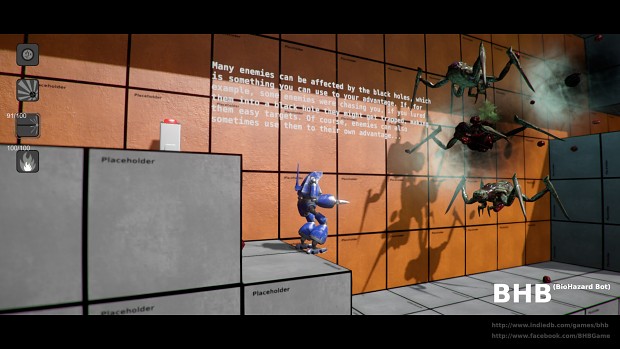