It's been a while... but the new devlog video is up! Sorry for not posting in a long time. Lots of new updates though and a new demo version to play!

Hey, everyone! Welcome to Episode 17 of the Resonant Blade Devlog series! Sorry, it’s been so long, but there’s plenty of new things to show you all and also an updated demo version of the game to play.

For the new demo, I added in the intro area where the Ionian Forces are leading an assault on the Synth headquarters. There’s also the holo hints and some new dialogue to check out that hopefully explain the game mechanics a little more clearly than before. Since it’s been a long time since the last devlog, there’s a lot of updates to get through so I’ll be hitting on most of this stuff kind of quickly.

I worked on some new player abilities or Triads. These moves can be performed by charging up the Resonant Blade by parrying enemy attacks or striking Resonant Stones. The Resonant Stones are a new type of object that provide an alternative way for the player to charge up their blade. 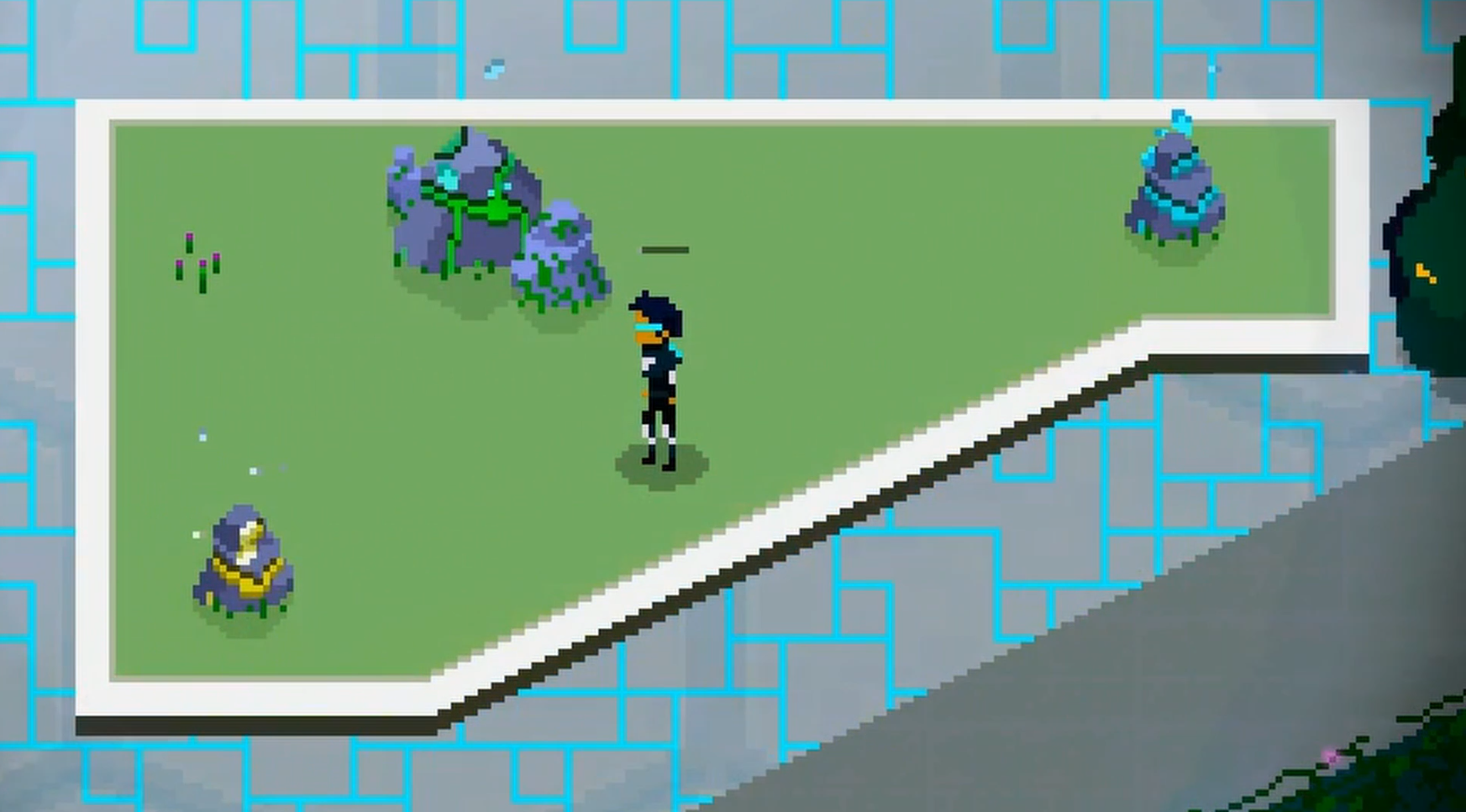 I made a Sonic Pulse ability a long time ago, which has since been renamed to Sonic Slam, but I finally went back to it and added a player animation and more visual effects for it. During the jump part of the animation, time is slowed down some and the player is invulnerable. It will deal significant damage to enemies with a matching or Consonant Tones and knock back all enemies.

The Phase Shifter is a unique ability that shifts the resonant tone of nearby enemies to whatever tone you have equipped making them much easier to deal with.

There’s also a new Shield HP bar added to the Heads-Up-Display. Speaking of the Heads-up-display, I also made it to where the health and energy bars now show movement towards their current value instead of going there instantly.

Another ability that I only started to implement is the Hoverboard. I just thought this would be a cool way for the player to move around the world. It’s just a basic animation and an increase in movement speed for now, but I’ll work on the rest of its functionality later.

I added a lot more sound effects in the intro area and some throughout the other scenes.

I also finished up some new background music for the intro area that adds to the urgency of the scene.

I also made a death effect for the Crawler enemies. They now break into pieces when they’re destroyed just like SwordFighter and Sniper enemies. In areas where enemies spawn, I made a fade-in effect so don’t just instantly appear.

Visual cues and feedback are often very subtle details that the player doesn’t really take note of when they’re there but definitely know when they’re not. I was surprised at how much easier it was to react to the Sniper’s shot just by adding a very short particle charge effect just before they shoot. I also threw in some animations that appear when picking up coins and health drops. These add a little more polish and help let the player know that they’ve picked something up.

I worked on a short escape scene when your ship retreats back to Ionia. The scene will be different depending on if you choose to help the soldier and pilot from the previous scene.

Inventory management and UI design have always seemed very difficult, but I think I finally got the inventory tracking and sorting items correctly when picking them up.

I added controller support for dialogue choices and added some sound effects as well.

I've also been doing a lot on the back end with restructuring code and updating dialogue/inventory functionality that I don't go through in the video. There's some more updates that I'll be posting in the next video that I didn't get to in this one. Thanks for watching/reading, and I’ll see you next time!

I forgot to mention the new website! Check it out here: Resonantblade.com