For PC, Mac and Linux. A game for two people on one computer. Download now!

For PC, Mac and Linux. A game for two people on one computer. Download now! 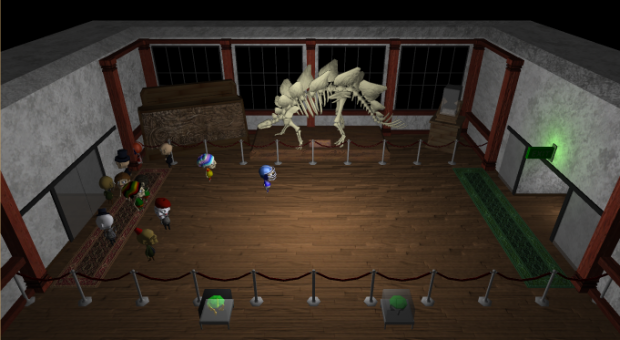 Created in just two days for the 2012 Stealth Jam 48 Hour Game Competition.
One player is the SNIPER, they use the mouse and control a cross-hair. The other is the SPY, they use the WASD keys to walk around the room. When the game starts the SNIPER must look away while the SPY is given his avatar! A large group of characters will start on the left side of a room. They will meander around. The SPY is amongst them. He needs to cross the room alive. The SNIPER must watch them, determine who is the SPY and shoot him!

this game is a rip off of spy party.

If this comment is true then it takes away the best part of the game, the idea. Honestly I think it's a poorly executed game. With some tweaks In both the graphics and gameplay it could be good.

Hi Marksman,
We agree, and so does Chris Hecker, the creator of SpyParty. See his article here: Spyparty.com
This game was created in just two days and was most definitely inspired by SpyParty!

Well I apologize. If it was created in two days then this is a very good game.