I've updated the game quite a lot from my last news post, In this post I provide an in-depth explanation of the latest and greatest updates. Some of which include large scale bug fixes and new game mechanics.

First off I'll start with the implementation of the latest battle system, this got rid of spacebar mashing and added a simple timer to how fast certain tools attack/mine/cut/whatever. The max level was increased from 30 to 100 and stats such as defence were converted from percentage values to raw values, making game progression more fluid. I updated the grass and stone textures, making them more seamless. I added the smelter to the cave which is now used to smelt iron and other upcoming materials, the fire pit also has two new food items. Items are now created randomly on a room restart, along with fixes to the item dropping system. 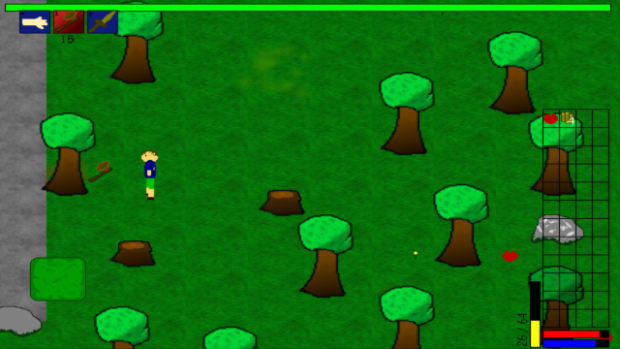 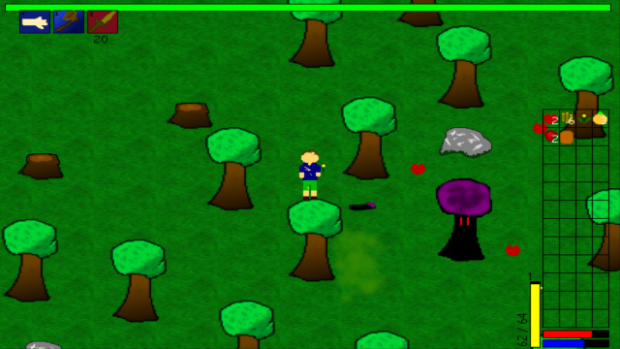 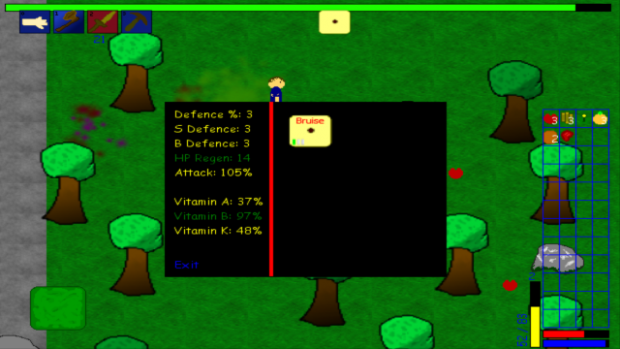 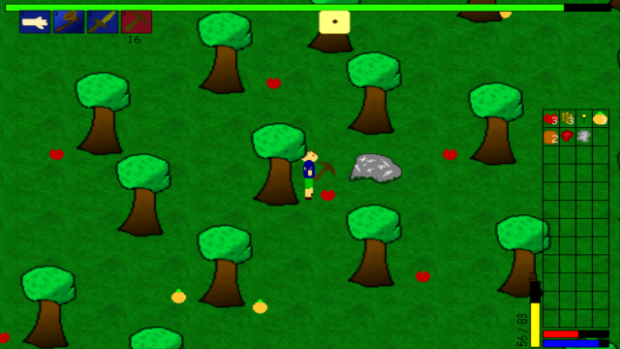 It's all I can remember from now, but I hope this is useful to people that don't really download the latest versions and just want to see how the development of the game is going.