Preview of the improved interface and the research mechanics in Empyrean Frontier.

Since the last update, I've primarily been working on updating the user interface in the game and replacing the old placeholder graphics. At this point, most of the in-game GUI has been updated to a more acceptable quality and in some cases, redesigned to improve readability on lower resolution displays. The major interface elements are all focused around my implementation of the fairly common bottom bar design. The metallic panel on the left displays the player's resources, as well as providing commonly used formation and basic unit control toggle buttons, while the right panel houses the minimap and system data for multi-system maps. An additional popup panel on the left houses production menus when the Command Center or any shipyard is selected, and the digital panels in the center of the screen display information on currently selected units. 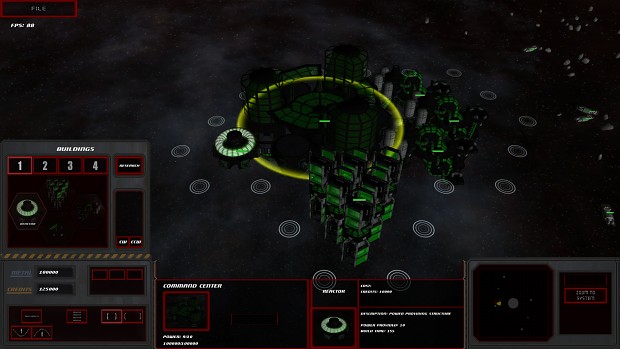 Tech trees and the ability for players to research or otherwise unlock more advanced and more devastating weapons are an essential part of any RTS. The following is an early look at how these mechanics will be implemented in Empyrean Frontier.

In the current design of Empyrean Frontier, all of the research and unlocking of new technologies will be handled directly from the Command Center. Command Centers will share the same tech database, but multiple Command Centers will be able to research separate techs simultaneously, adding an additional incentive to expand to more than one base. Command Centers currently serve as the hub of each of the player's space stations, and are also responsible for constructing new building modules, so giving them the role of researching as well seemed fitting. Additionally, this simplified design eliminates the need for separate tech buildings and lets the player see all available techs in a single screen, which should make the game easier to understand without really losing strategic depth (as well as making it easier for me to finish it.) 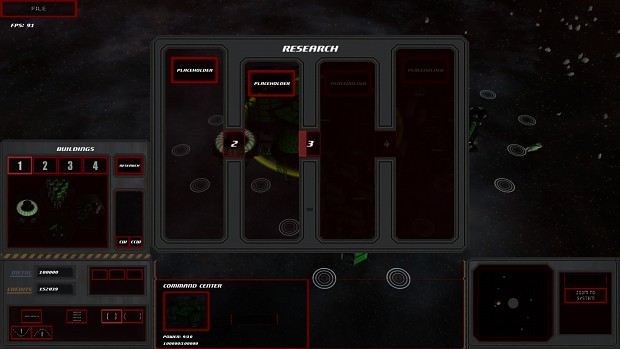 At this point, most of the actual techs are not implemented or even fully designed, however the goal is to include many fairly standard kinds of tech including weapon, armor, and engine upgrades, plus certain unlock-able units and abilities. Currently, the only fully implemented techs are the three upgrades to higher tech levels, which serve as bottlenecks in the tech tree, with each tech level unlocking the ability to purchase all buildings and techs available in that level.

When a player upgrades the Command Center, it undergoes a visual transformation, becoming larger and more elaborate with each tech level. These visual changes are important from a gameplay standpoint in order to allow for some way to scout the enemy's current technological progress. 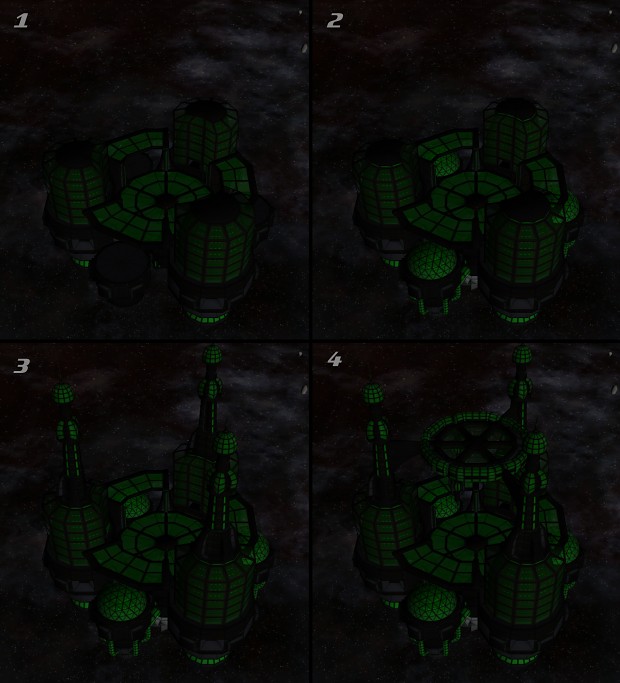