In our next dev blog we reveal more details about wise men and how they can serve your political purposes; joint military campaigns and how to destroy an enemy together with your ally; and trading and how a gesture of good will in a time of crisis can go a long way.

Listen to the wise men

Ancient Greece is not only known for never ending wars and conquests. It is the cradle of civilization; natural curiosity, creativity and wisdom of its philosophers shaped the way we see the world today.

When a wise man comes to your lands and offers his services and loyalty, don’t discard the opportunity with a simple wave of your hand. Sages can be very powerful in their subtle ways. 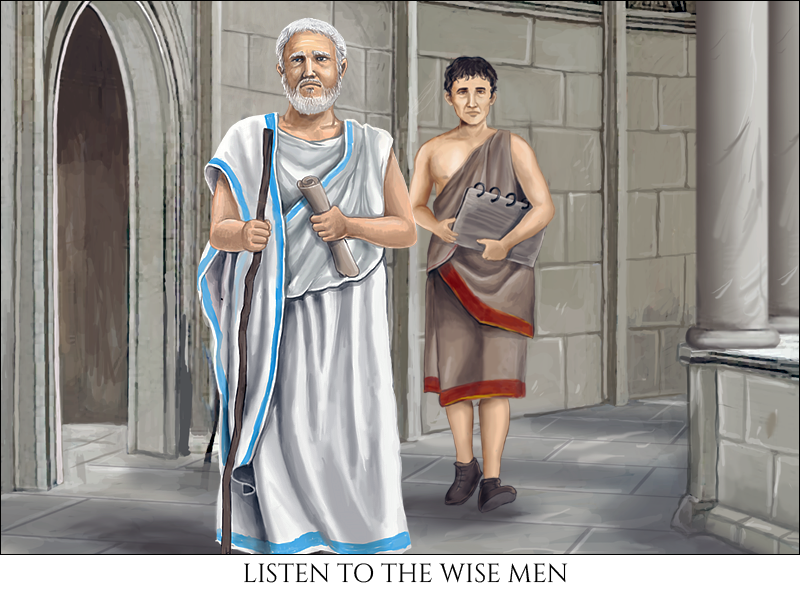 Sages can found new philosophical schools in your cities, thus boost the production of knowledge and influence in your lands, increasing your power base. You will be able to research new technologies sooner, gaining an advantage over your opponents. Your increased influence and prestige might persuade foreign cities near your borders that the grass is greener in your kingdom.

You can also send Sages to other countries to gift foreign scientists one of the new technologies. This inexpensive gesture of goodwill goes a long way in expanding your circle of friends and allies.

Equally, you can send a Sage to a foreign city to build a philosophy school. This new school could be politically active on your behalf or neutral. You could secretly support opposition against the current government in the city or otherwise. Hurting your opponents while actually “helping” him by building a school of wisdom is crafty! A simple but effective gift that will strengthen the bonds between your states, or not, the choice is yours... 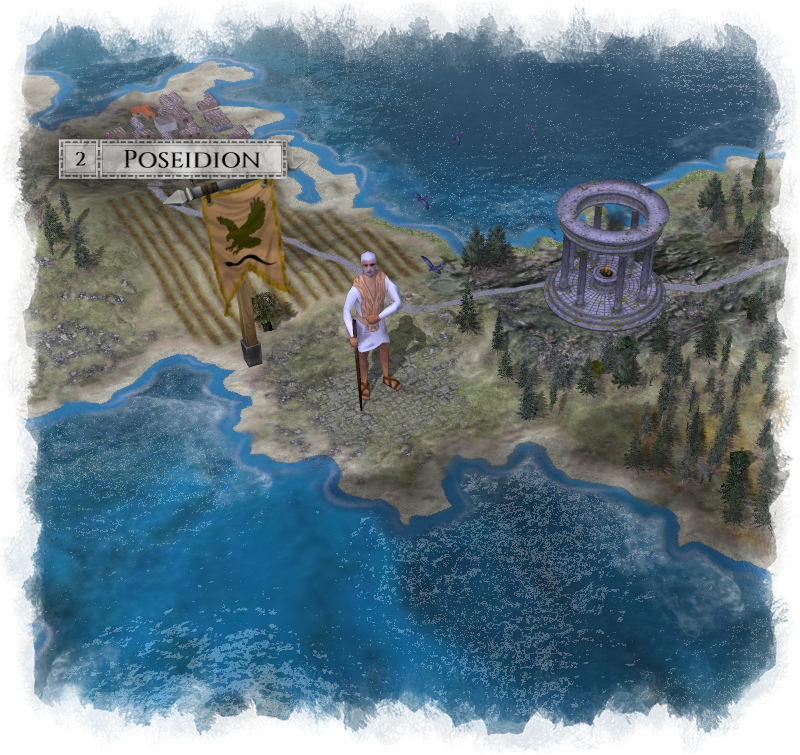 Last but not least, you can use your Sages to build a Seer that allows you to peek through the fog of war for a brief moment, spying on your neighbors through the invisible eye.

Power doesn’t just come through brutal force. Learn to use the Sage’s subtle ways to strengthen your position both on the inside and the outside of your country.

In a world where war is like the daily bread, being able to defeat all of your enemies alone is unlikely. Find friends and allies with common interests and use these bonds to advance your expansionist plans. 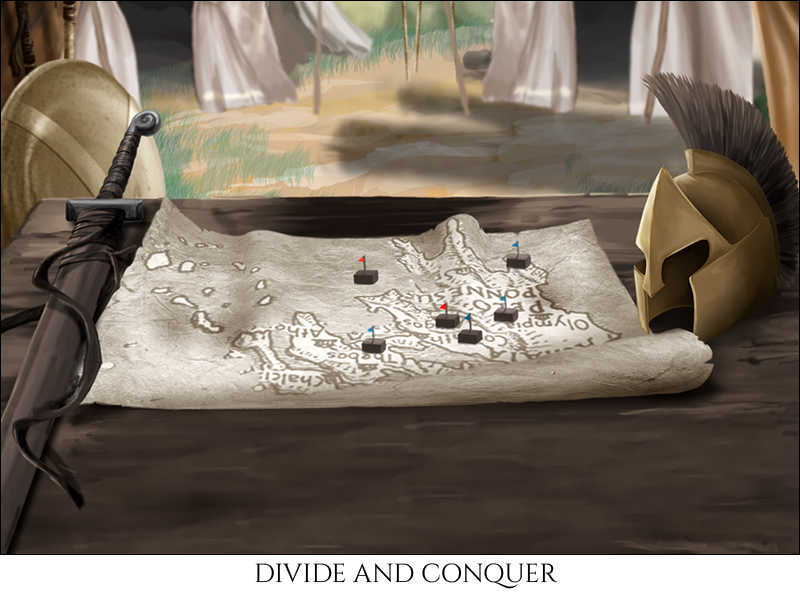 Don’t fall for the beginner’s mistake of feeling strong and invincible, even if everything is going well for you, plans almost never work out the way you want them to. Did you envision a quick assault on strategic positions, mines and cities taken, enemy forces divided and the swift demise of your opponent? Good in theory, but more often than not, you will find yourself bogged down in a war of attrition going nowhere because the enemy simply won’t give up and fights you to the last man.

Rather, unite your allies and partners against your opponents. Let them cooperate in your military plans and divide the spheres of influence in enemy territory between you. With goals agreed in advance and multiple attacks at different locations you will keep your enemy off balance. Also, you won’t have to carry the whole burden of the military campaign alone, war is an expensive and lengthy endeavor and can deplete your resources to the brink of collapse, despite the spoils of war. 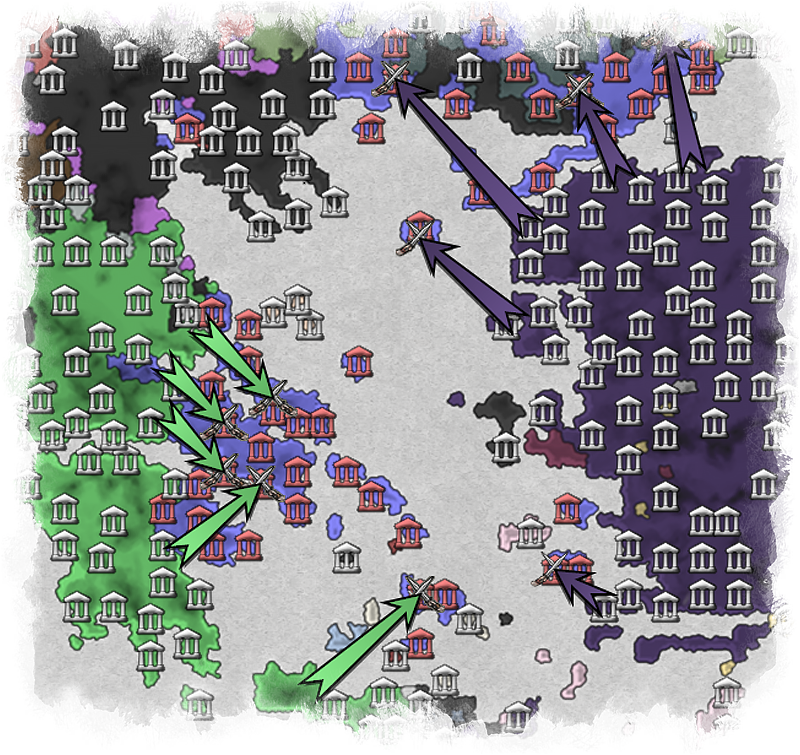 You’ll have to cede few rich cities and strategic locations to your allies to make the dangerous war campaign worth their risk, but it might make the conquest of enemy lands faster, saving precious men and resources.

Don’t be too greedy. The Imperiums world knows no mercy and will punish every one of your mistakes. Divide and conquer .. that’s the motto of victors.

The world of Imperiums: Greek Wars is volatile but with clever politics and side dealing you can outsmart even the great states of Athens, Sparta or Macedon. 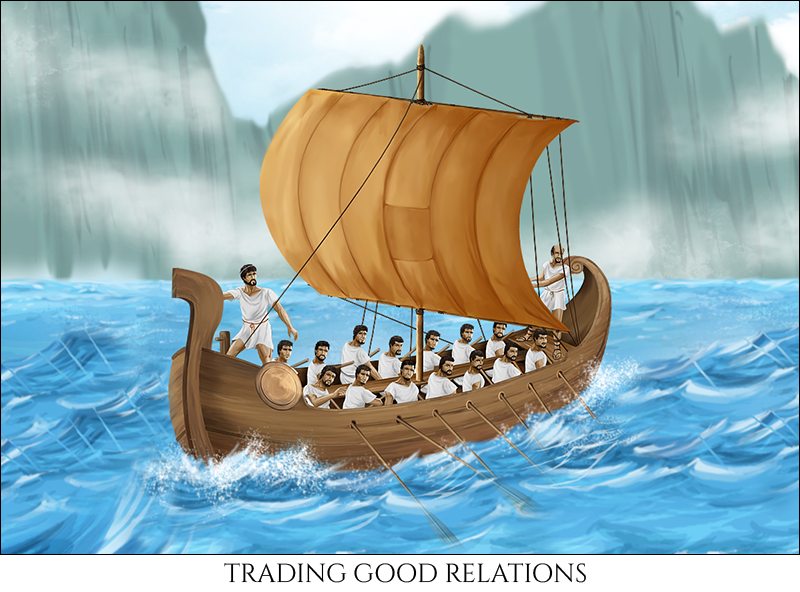 Nurturing good relations with your allies is the key. Don’t think that they will love you for your beautiful eyes, nothing, least of all their reliability comes for free. However, there are a number of little things that you can do to keep them on your side and show them that you care.

Check from time to time to see if they need additional resources, especially those that you can easily spare. Send these resources as presents now and again with no strings attached. Have they just come through a recent war and now need to repair their border cities? Send them wood and stone to help them re-build their settlements. They will appreciate your concern and if you have provided something they really need, your value as an ally in their eyes will increase greatly. It can go further than just improving cordial relationships, you can cement mutual trust and tie them to you with bonds of true friendship. 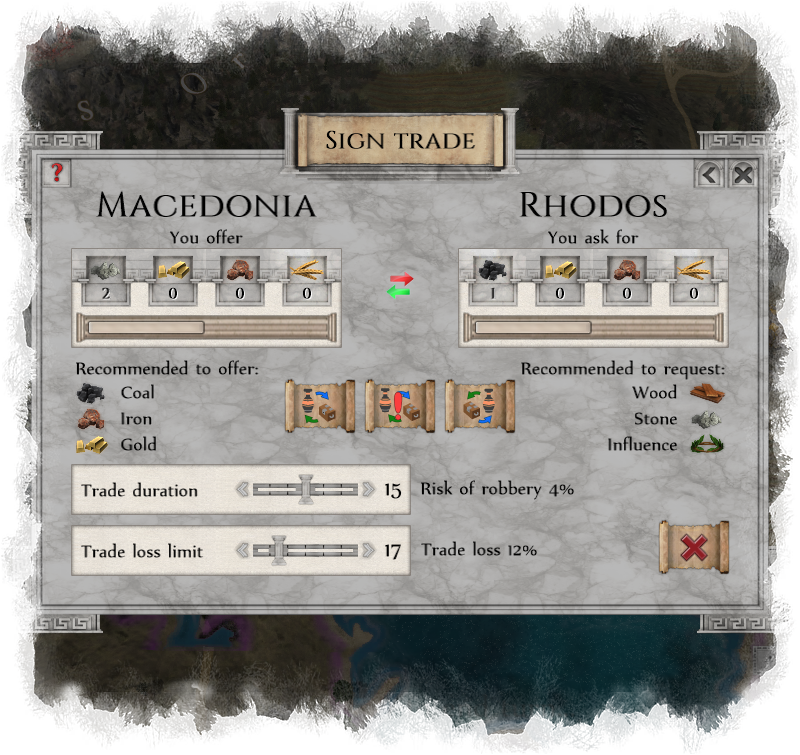 Perhaps it seems romantic but the AI knows all about honor and respect!