In reality spears would impale and embed themselves into soldiers so we've been working on enabling that to occur in game.

We've just created a new weapons detection feature that enables spears to impale themselves into a soldier under certain circumstances, like angle of entry.

The spear will impale where it hits the soldier, from a glancing to major blow.

Take a look at some in game images after we've updated the Zulu's throwing spear weapon.

Some images of soldiers copping a blow from the pointy end of a throwing spear: 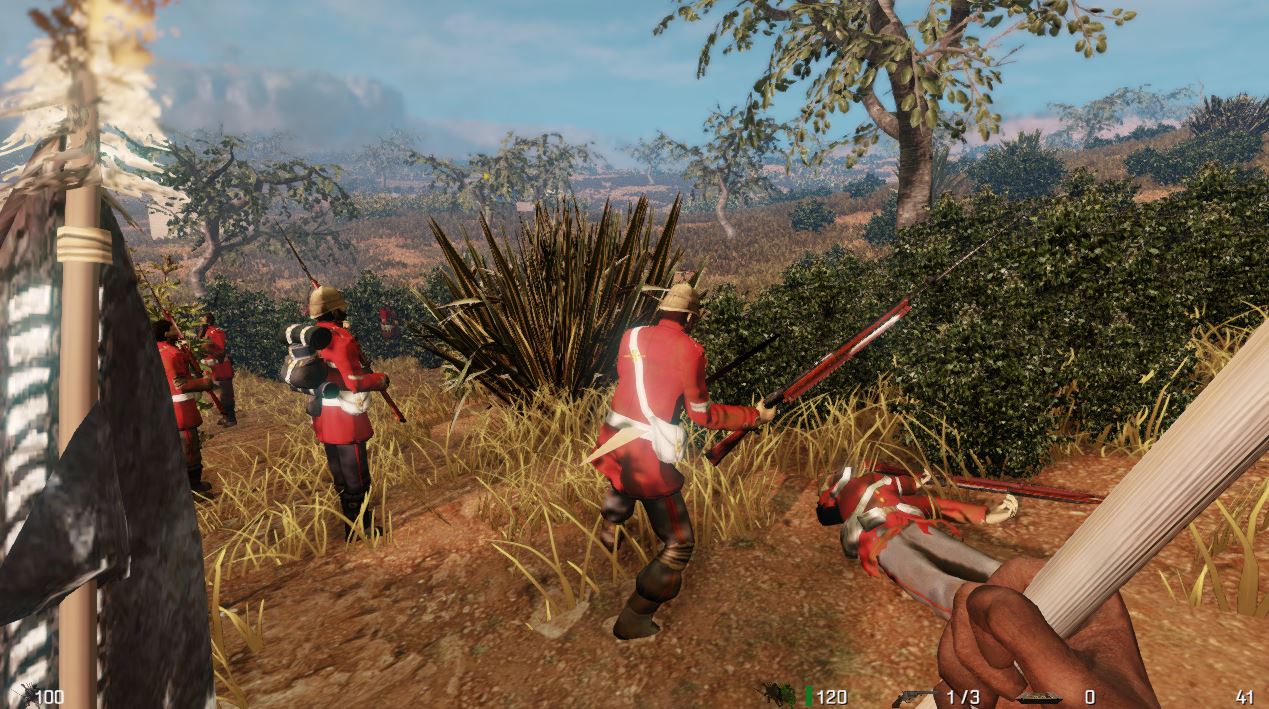 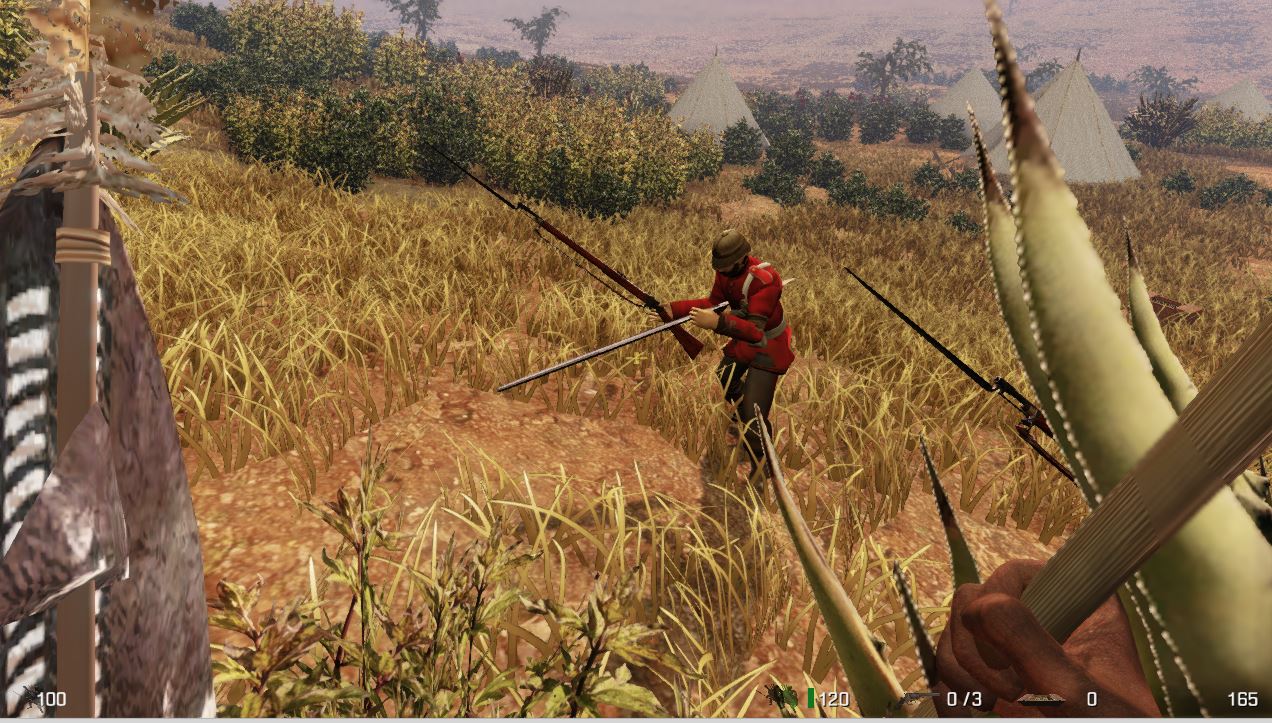 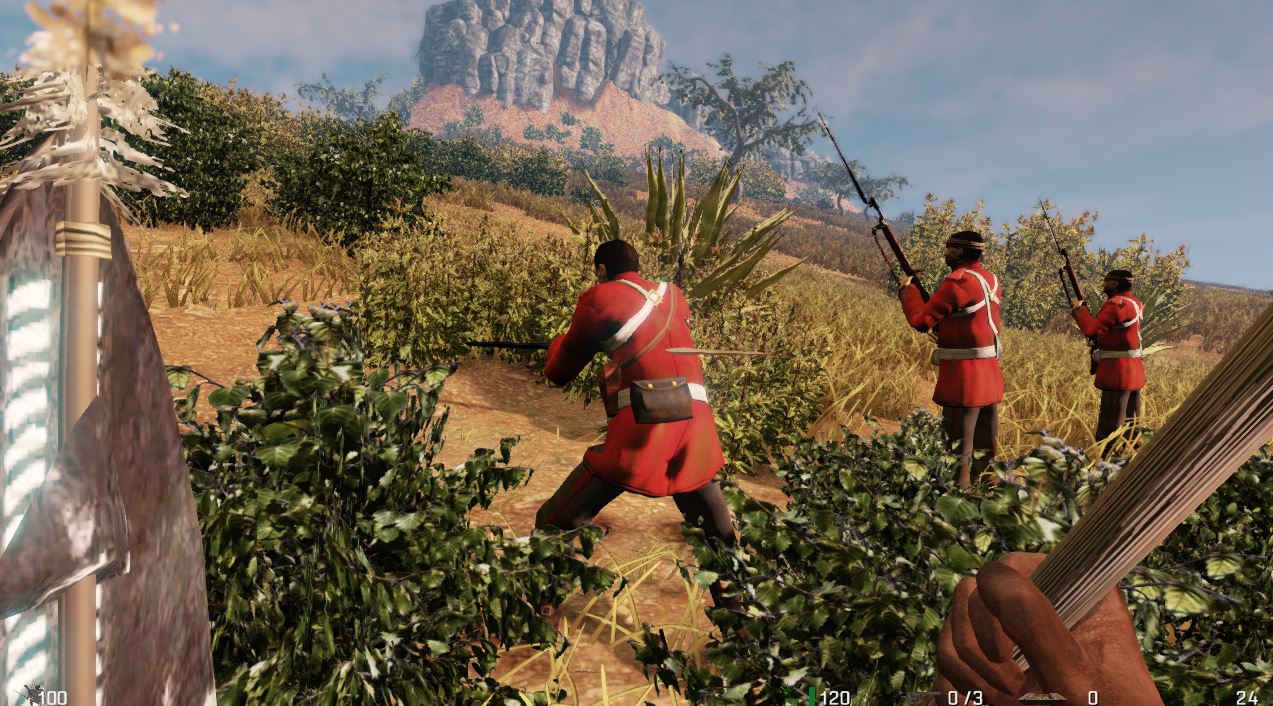 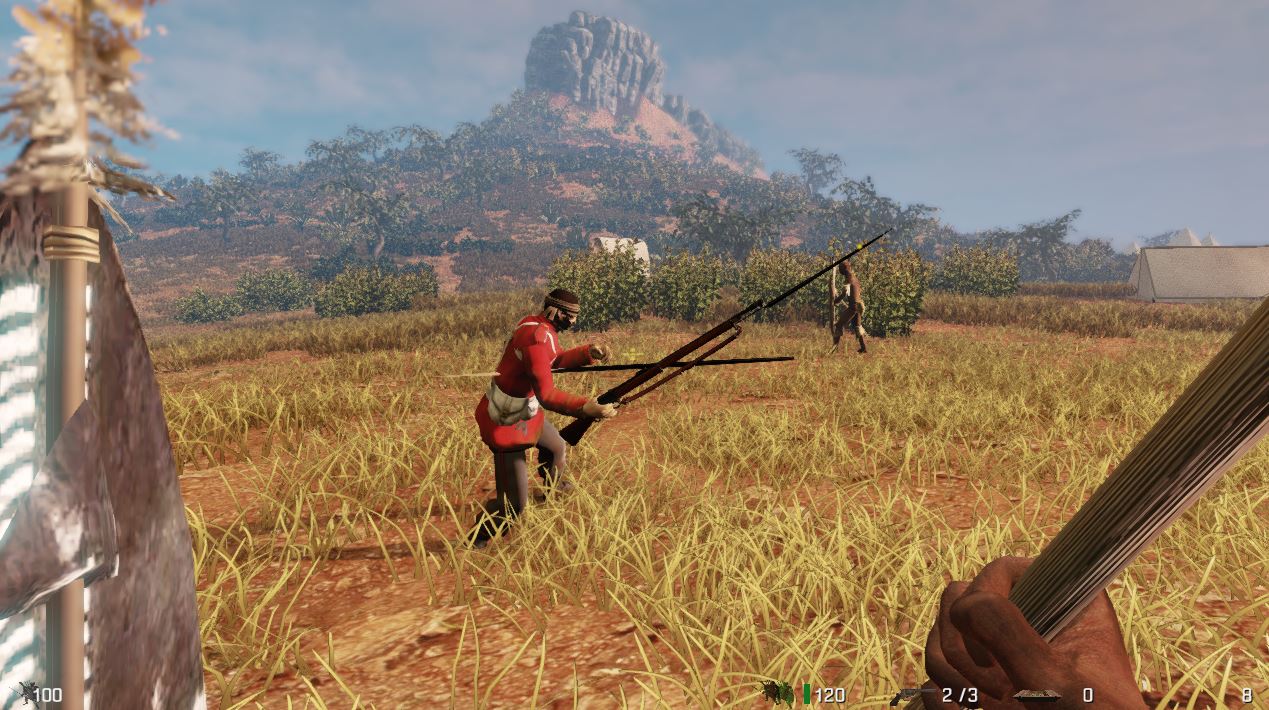 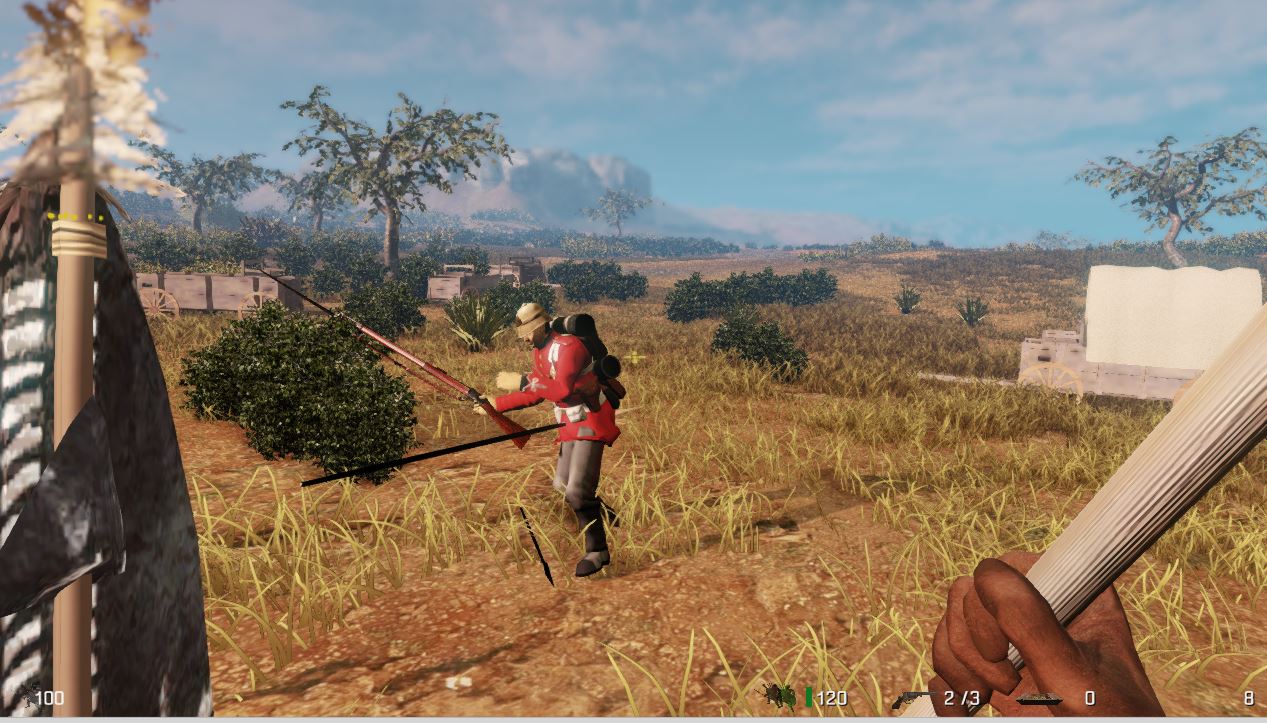 "Stick Around"
"Sir,I think I've got a splinter"
"Why are you running? I wood like to meet you"
"It sure is hot in Africa, I hope I don't get stuck outside all day"