The development of the main campaign is progressing very well, mostly thanks to a framework-like system based on RPG Maker.

I haven't been posting for a long time. Does it mean that Ternion is stopped again?
Well, I've finished working on the battle system and I've started working on the main campaign. I already wrote 441 dialogue lines. So I don't think the development is stopped, considering that I have a full time job and I'm doing this on free time, I think I'm doing well!

The reason why I'm not posting anything is because I want to avoid any type of visual spoiler. Otherwise, once you'll play the game, you would already have seen everything instead of discovering it while playing.
Still, there are a few things I can talk about.

Yeah. If you ever got on this page before, I've talked many times about a demo, and I even released one. That demo, though, was a completely different game.
You can play it, if you want, but since it's just multiplayer the only thing that you can do is create a LAN server and... fool around the map, shooting at the ground or watching trees. Unless if you have another PC and someone to fight with (when I released that demo I was still going to school and we had a very funny "lan party" in class during a free period).

This new demo would be a preview of the actual game, so I'm still in doubt if I should wait until the development is close to the end, or if I should anticipate the release to have some feedback before settling the things down.
If I anticipate the release of the demo, I should also anticipate the voice acting auditions and, most importantly, the marketing phase of the project. Because... I can't release the demo without anyone playing it, if what I'm looking for is a feedback. This game is still very very unknown!
On the other side of the coin, being unknown means that I have zero haste, zero stress, zero expectations. But sadly also zero cash.

I just finished the first part of the game, and now you need to travel to another planet. To do so, you have to take control of your Spaceship and actually travel through the galaxy in order to reach the target star system. What I'm wondering is... is it boring or not?
To make it more entertaining I want to add some random dialogues. Similarly to what happens on Mementos on Persona 5. Eventually, if the feedbacks of the demo suggests so, I'll add a button to skip the flight or a sort of "turbo" like those of Elite: Dangerous or No Man's Sky. 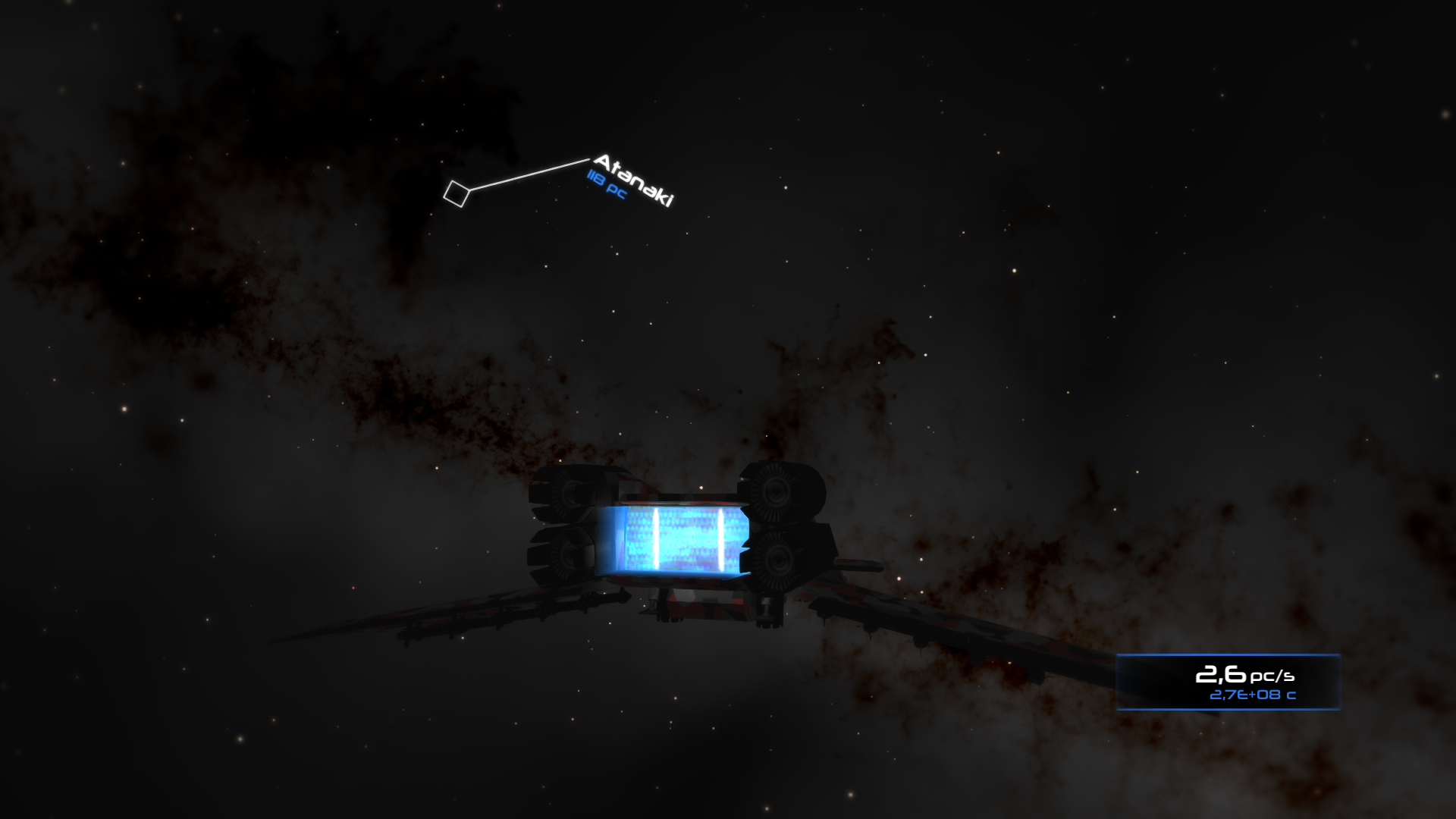 What's the percentage of development?

I would say a fair 20%, in 8 months of development. This mostly thanks to MakeHuman and to the new event system I developed. If you ever developed a game with Unity, or with any other game engine, you know very well what's the most complicated thing to do: it's cutscenes.
Ternion is made for a very big percentage by cutscenes, like every RPG, so I had to come up with an idea to simplify and shorten the development, without spending money on expensive assets.

What's the easiest way to make an RPG game? With RPGMaker, obviously. And what makes RPGMaker so easy to use? Except the fact that most of the stuff have already been made by Enterbrain.
What makes it so easy to use is the fact that you can combine a very simple and linear sequence of pre-set actions to make a modest but functional RPG game.
So what I've done is replicating what RPGMaker does, but on Unity. I created my set of actions, a very complicated and powerful interface, but all the time it took has already paid off in development speed.
Every time I need a new action, I just open the class... and write it. In 10 minutes I have a new type of action that I can also use in the future. Setting the camera in a specified position takes 5 seconds, even because I can take advantage of the Unity's editor free cam and click a button when the framing satisfies me. Teleporting players... two clicks. The hardest thing to do is playing animations and synchronizing them, but I'll slowly find a way to improve that.

With this system I will be able to make games even faster and better, in the future. With a few changes I can adapt this system to any kind of game. This was the keystone, I'm very satisfied of it.

If I'll ever receive some comments to this post I'll reply to you. And eventually write another post. Otherwise I'll try to come up with another idea for something interesting to write.

Thank you for your precious time,
bye!

P.S.: You can also change Outfit. But don't fool yourself, it won't be easy to get these. 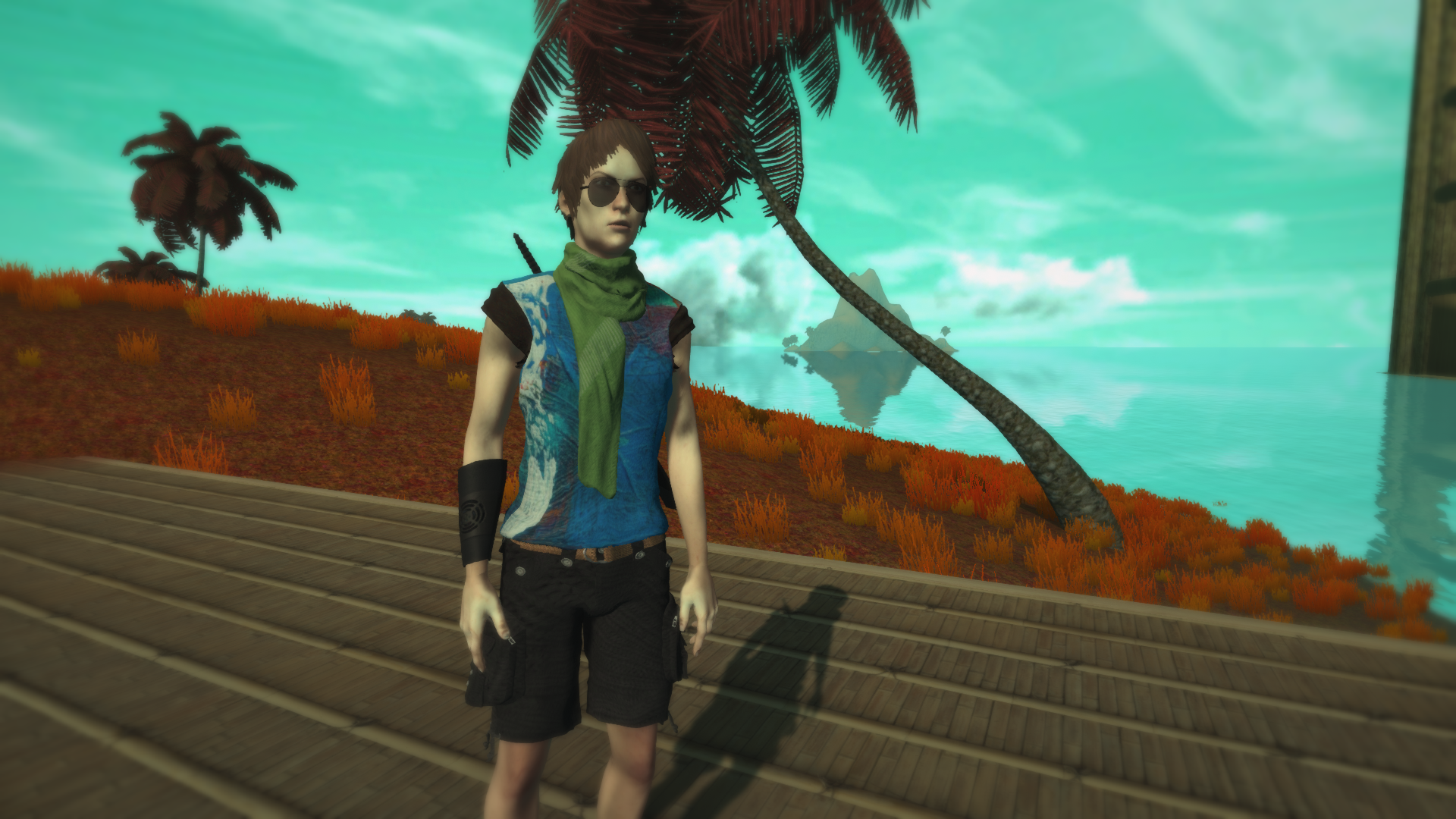