Post news RSS I wish someone would have warned me how hard games design really is.

It has been extremely hard getting the project to the next phase of development. Mostly due to people promising they can deliver things that they can not. It really upsets me...

I wish someone would have warned me how hard games design really is.

It has been extremely hard getting the project to the next phase of development. Mostly due to people promising they can deliver things that they can not. It really upsets me the amount of people that come on board promising the world, people who seem very enthusiastic only to find out they are leading you on and have no intentions of helping out with the project.

Liars and Cheaters
One story I would like to share with you is a chap called Gustavo. He came on board as a concept artist and at the time we even thought he was producing some great concept art. But this chap was just leading us on, not only did we later find out that the concept art had been stolen from someone else, but in fact his real agenda was to extort money out of us for his "Sick Mother in Nigeria, Africa".

Do not worry guys and gals, luckily we never released any of his concept art to the public and doubled checked the source of the images. Here is a tip for anyone else that might also get tricked like we did, check the meta data from images. Its not fool proof but it worked in this instance.

Back On Topic
Let get back on topic, games dev is a lot harder than I thought it was going to be. We have started working on some of the basic game elements such as weapons, animations and collision detection code in Unrealscript. Also a few of the base models such as a tank and the base human model are being worked on.

A quick render of the base tank model. Created by Huy Nguyen. 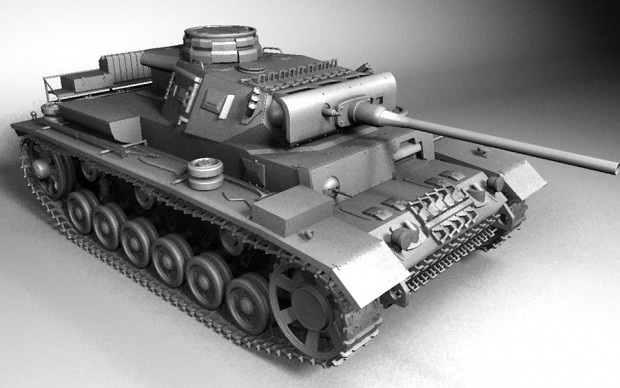 A quick render of a human male head. Created by Dante. 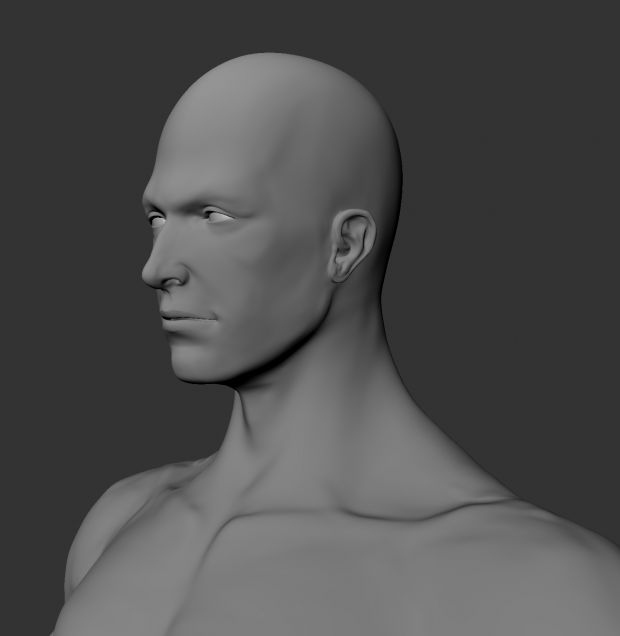 The Big Issue
The biggest issue we have at the moment is finding a concept artist who can help us finish the design document. We really need someone to come on board and help create visual concepts to help bring my textual ideas to life. Once we have a handful of these pieces of concept art produced, we will be releasing a section of the design document to the public every week. So you guys can give us your feedback and let us know what we should change. After that we will start coding a working demo.

If you happen to be a concept artist or know of one who would be interested in helping us out, please forward them our details or send them a link to the following job on IndieDB:
Indiedb.com

Anything worth doing is not going to be easy. Yes, this has become cliche but dammit it is still absolutely the truth!

I could not agree more.
Also I would like to add, it would not be any fun if it was easy.

Encountering the same sort of thing sadly (although not the extortion part yeesh) - keep at it :-)

Theres always going to be scumbags like that fellow, Keep up the nice work!

Keep it up guys ! You are doing awesome work. I wish zou all the best !

Thanks a lot guys, the support really pushes us to see this through till the end.

My name is Gustavo. I'm sad.

lolz I think that is just a coincidence. We are not upset with everyone called Gustavo.

Tank model looks outstanding, now it just needs some color. I think it would look good with like a worn paintjob, maybe some scarring where rounds bounced off the armor cause you know, shoot the tank with small arms and grab the crews attention while your friends with AT get around it to take it out. Been watching this game pretty closely, I love the concept and it sucks that theres so many multiplayer fps's out that focus too much on cool looking weapons and kill counts but not enough on realistic gameplay and teamwork.