Hyperbot is a top-down shoot 'em up arcade game developed by Pixel Interaction Studios. The objective of Hyperbot is to score as many points as possible by destroying microbot-like enemies. The player controls a robot named 5. Enemies spawn in waves then begin moving towards the player to intercept and destroy. Every few waves a new enemy class is introduced that is more menacing than the one before. Battle your way through waves upon waves of enemies, collect power-ups and unlock new stages.

Posted by PixelInteraction on Mar 9th, 2016

The inspiration for Hyperbot came from a love of classic arcade games like Super Smash TV, Contra and Commando. A lot of inspiration was pulled from micro-bots robots, from their movement, to how they execute programmed routines. I kept the robots’ AI simple with three goals - find the player, attack when in range and search if the player moves out of attack range. 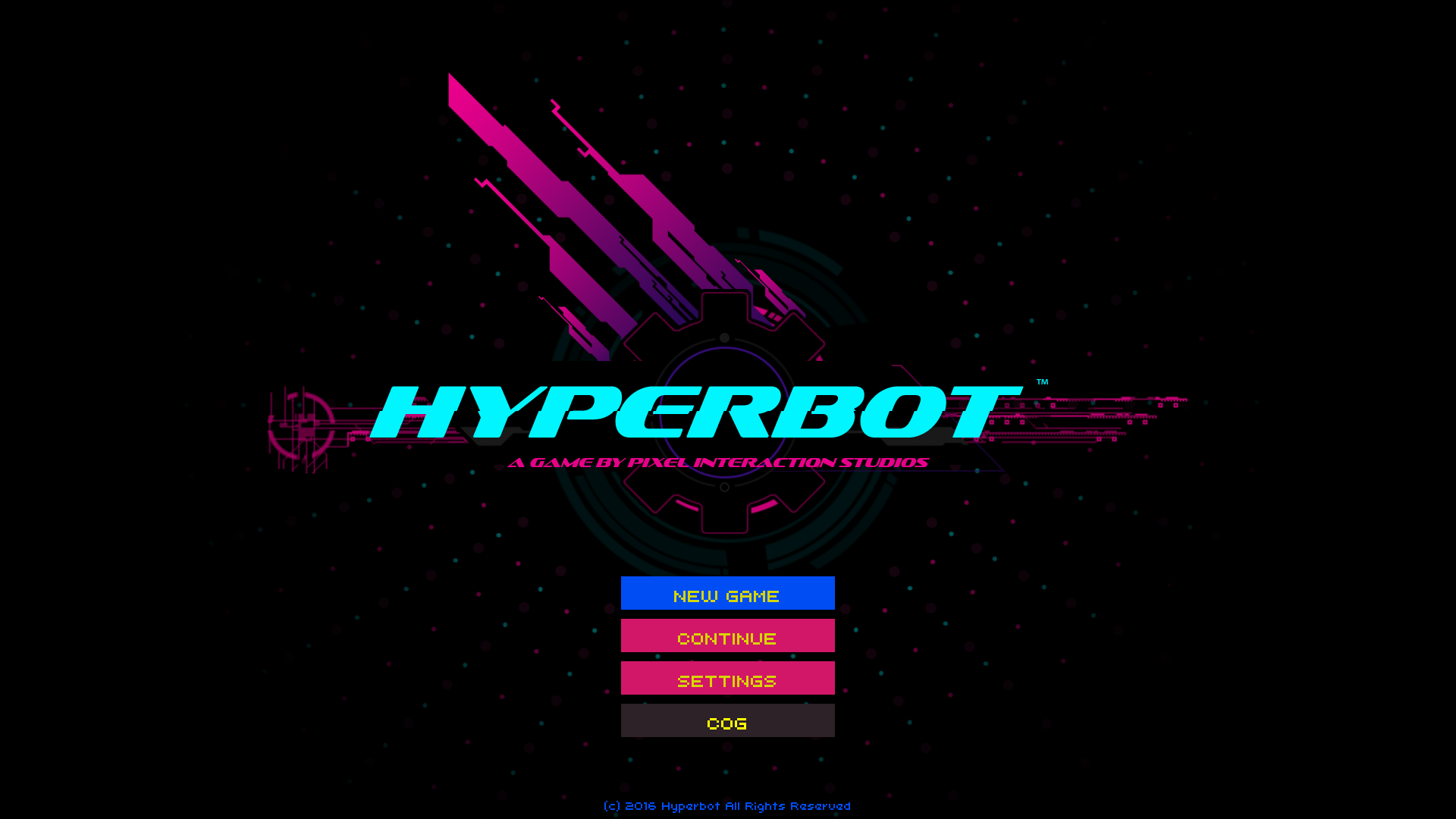 The most interesting thing about Hyperbot is its action packed shoot 'em up and ease of play. Anybody can pick up the game and play with very little direction. It may seem easy to play initially, but you can easily become overwhelmed by waves of enemies coming at you from all angles. With this in mind, you are forced to keep moving and upgrade weapons often. The art is minimalist futuristic look with vibrant colors that come alive on screen. 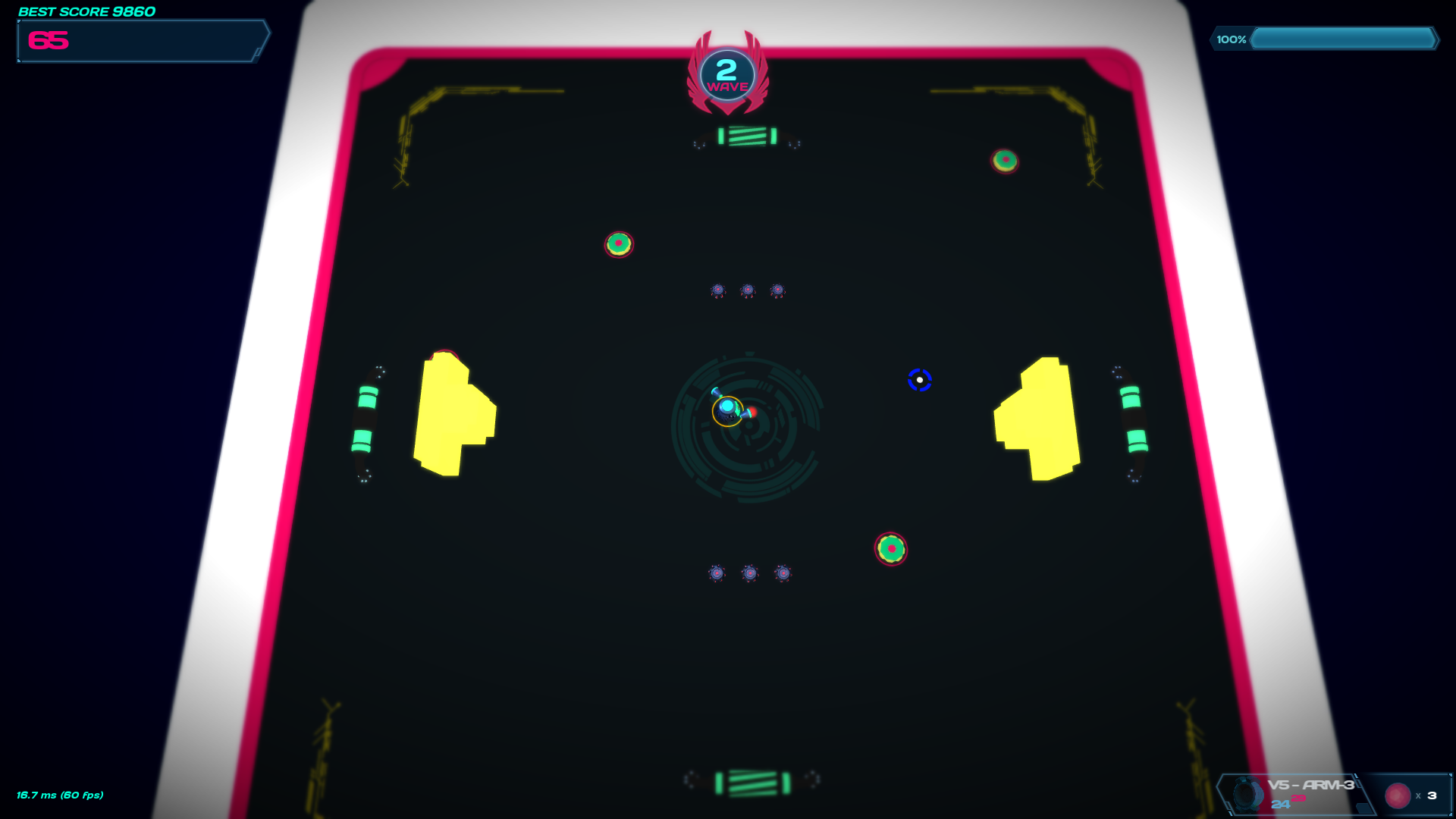 I also enjoyed a great deal of the creative process, from doodling levels of the game, to figuring out interesting level arrangements. You will notice in some level formations, especially the destructible environment, patterns from classics like Tetris and Galaga. 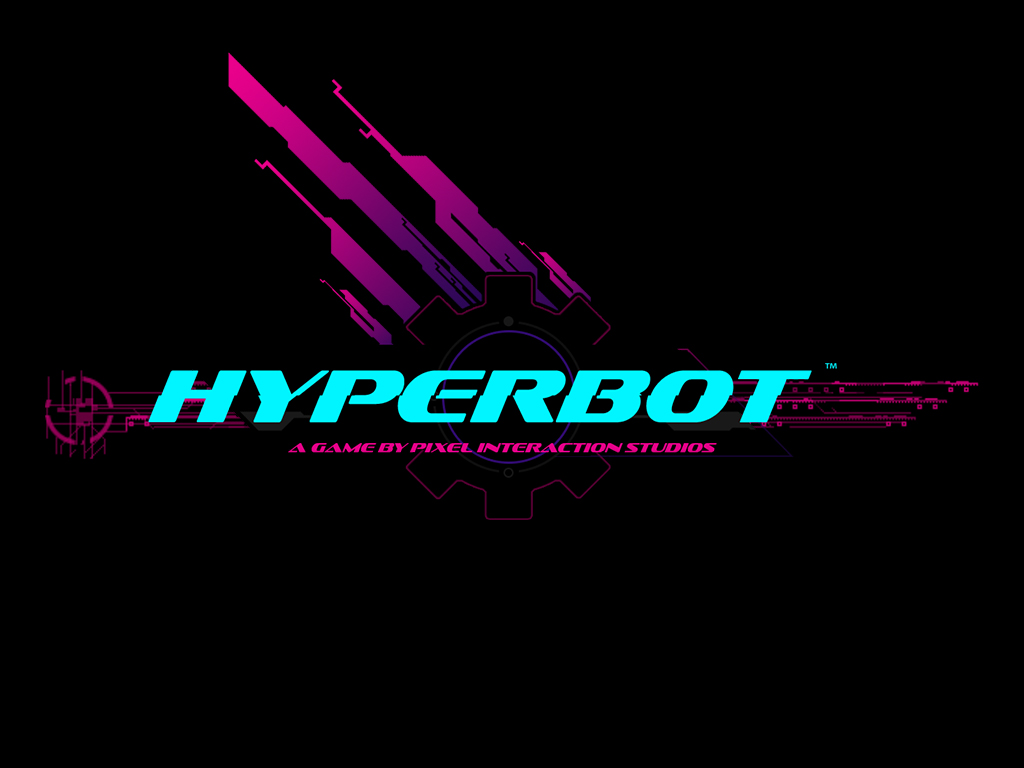 Hyperbot starts out at a nice slow pace and as you blast your way through the levels, you find that enemies get faster, smarter and deadlier. Weapon upgrades in the form of computer chips spawn on the level in addition to health pickups, bombs and other items to help 5 defeat the enemy micro-bots. Hyperbot is be played with mouse and keyboard.

I am creating Hyperbot to challenge myself as a newcomer in the video game industry. Although game development is difficult, the creative process is equally fun. I love retro style games and my goal is to increase my skills so that I can make more games inspired by some of the greats I have played, which have shaped me as an individual.

Hyperbot is coming out very soon and will have Twitch integration for an additional element of interactive fun. You can expect to have sweaty palms and frequent outbursts.