A whole slew of new things have been added this week as I prep the game for its kickstarter campaign!

Hey folks, I figured I'd begin a dev diary as the game is really starting to come along now. This week has been really big as I'm currently wrapping up the first beta build for the kickstarter campaign.

Before I get into what I've done this week I'd like to say that mostly what I plan on doing next week is adding in sound effects to the game. I'd like to go about adding in music but I sadly have no skills in this departments and haven't had much luck in finding a musician for the project. I think that the game is, from a game-play perspective, exactly where I wanted it going into this first internal beta build.

And with that out of the way, what have I done this week?

Well most notably I changed the field of vision within the game. Originally I was going with a fallback to how BYOND obscured objects. Essentially the game would blacken out with a square anything the player couldn't directly see. This method worked well, but felt very jagged.

A friend of mine suggested that I go for a smoother variant of this. Basically a more modern take on the obscuring idea. In order to achieve this I have the game create roughly 500 raycasts in a circle around the player each frame. A mesh is created based on this data and that's how I achieved the effect you see below.

It's a more costly method, but I think the effect was worth it overall. I've also added in a vignette to help further obscure the players vision, but only while it's raining. Speaking of the rain I'v also darkened it a tad and improved the transition from day-light to raining. 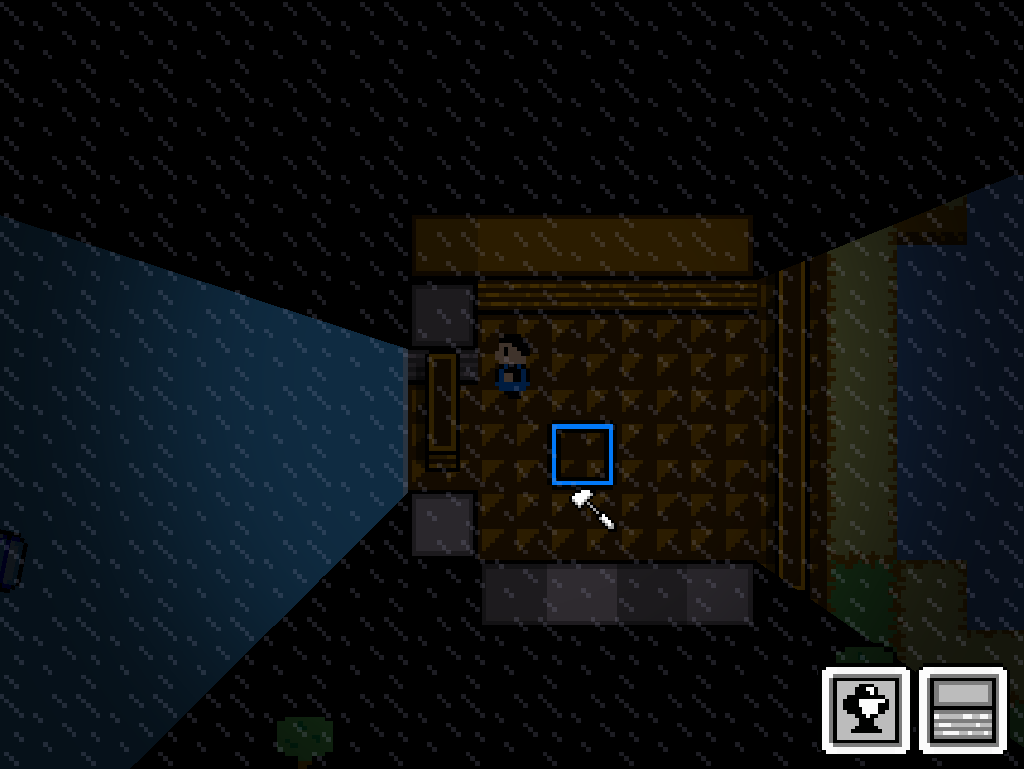 A New Tool Has Appeared!

Next I changed how you gather resources as before the cursor was dynamic and now it's not. In essence you could have the Wall block selected, and if you moused over something like a tree you'd be able to cut it down without swapping tools. I really liked this, but it created a huge issue. Basically if you were trying to be fast and you had, say, the Wall block selected if you tapped the mouse too fast then you'd tear down a wall and immediately rebuild it. 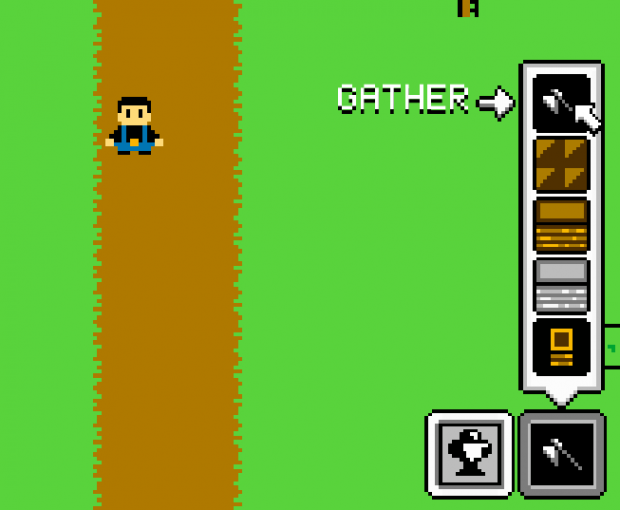 It was extremely annoying. As such I've added in a separate tool for simply gathering materials. It's slower, but had to be done.

The final major thing I've done this week visually is add in apple trees and cherry bushes. Once I get around to adding in the gathering mechanics these will be used to help prevent starvation. 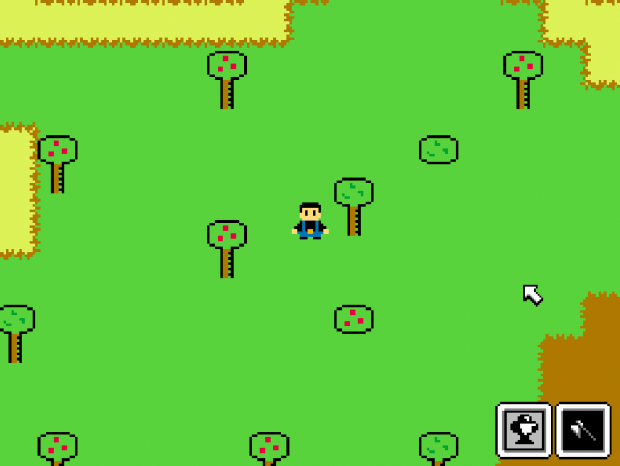 Alright, that's it for this week. Hopefully next weeks Dev Diary is much smaller. As always any questions in the comments will be answered, so post 'em if you've got 'em.

That's an incredible effect. I'm sure that was pretty fun to code!

If by "fun" you mean stressful and headache inducing, then sure! :D

Gameplay is quite nice, but is it the final Artstyle?

I think this is a great idea. Tracking.

looks great! can't wait for the next dev diary

I don't understand what you're wanting the game to do. Could you possibly rephrase what you said?