Delta-G's characters were really unbalanced, and some were always winning, while others were so hard to play that even the devs were rage quitting. So, we have to balance it and change the way we see stats.

Up to now, we had 4 stats (speed, stamina, defense, attack), each with a number between 0 and 6 (speed is for the character's movement speed, and stamina is how long you can use the hook for, and how fast the jump reloads). Our way to balance the character was to have an average of 3, which means a total of 12 if you add all the stats. What I didn't realize, was that defense and attack stats were way more important than speed and stamina.

As an example, Lea only has 3 points of Attack + Defense, while Max has 8. This made Max unfairly more powerful than Lea. 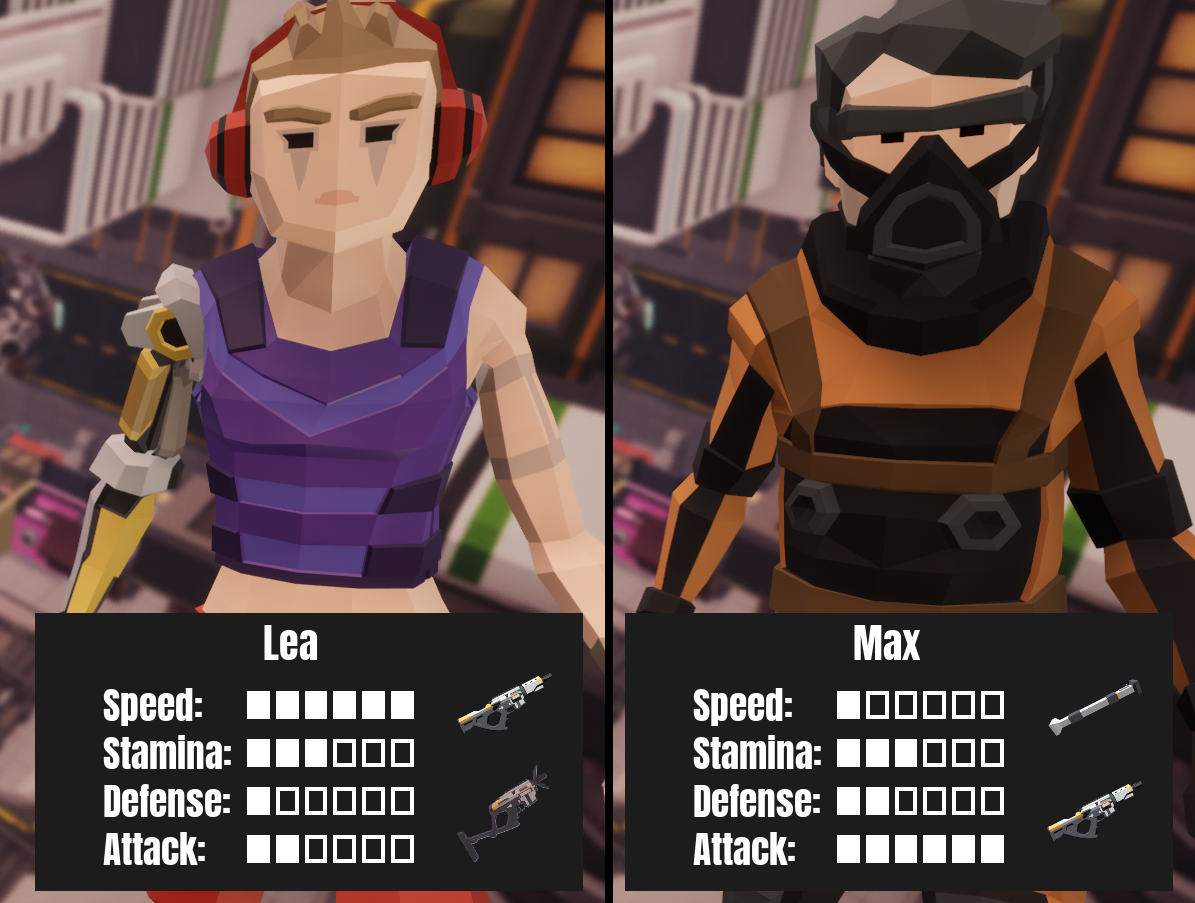 So, I tried to increase the difference between low and high values, for speed and stamina. While this reduced the gap between the importance of Speed/Stamina and Defense/Attack, it made the character so slow for lower speeds that it made the game feel different than what I had in mind, so we decided not to keep this.

Setting the new values of stats

The character’s stats used to be decided up to what the character looks like. As an example, “This guy looks strong, so he will deal lots of damages”. Then, we chose the other stats so the sum would be 12, and we also made sure that two different characters wouldn’t have similar stats.

Needless to say, this wasn’t a good approach. Thus, we decided not to screw things up again (this method led to really weird results). So, I created a Google Sheets (Excel) document and made a weapon chart. This way, we could easily see which character used which weapons. Also, we can see the stats of each weapon, by looking, for each line, if each weapon has all the playstyle we want for it.

I wanted each weapon to propose different stats: one with more attack, one with more defense, and one which was balanced. Also, some weapons are more prone to attack (shotgun and rocket launcher), others for defense (laser and teleporter), or neutral (rifle). This is how we ended up devising these stats. The format is [Character's name] [Speed]/[Stamina] [Attack]/[Defense]. 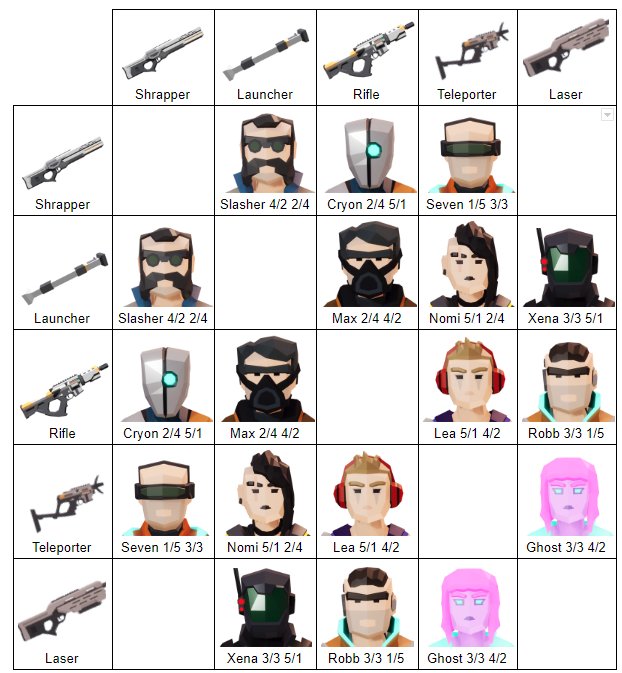 So now, you know everything about how we conceived Delta-G’s characters’ stats! Thanks for reading!