We announce the first version of our interface to you after numerous disputes, discussions and radical changes. It will be significantly improved in accordance with the results of the first stages of the closed beta testing. So this is not the final option (sorry for russian language)

Today we have an important topic on the agenda, such as interface. The interface is a player’s guide to the virtual world. Any game with inconvenient ugly interface will immediately turn into nightmare.

We announce the first version of our interface to you after numerous disputes, discussions and radical changes. It will be significantly improved in accordance with the results of the first stages of the closed beta testing. So this is not the final option (sorry for russian language) 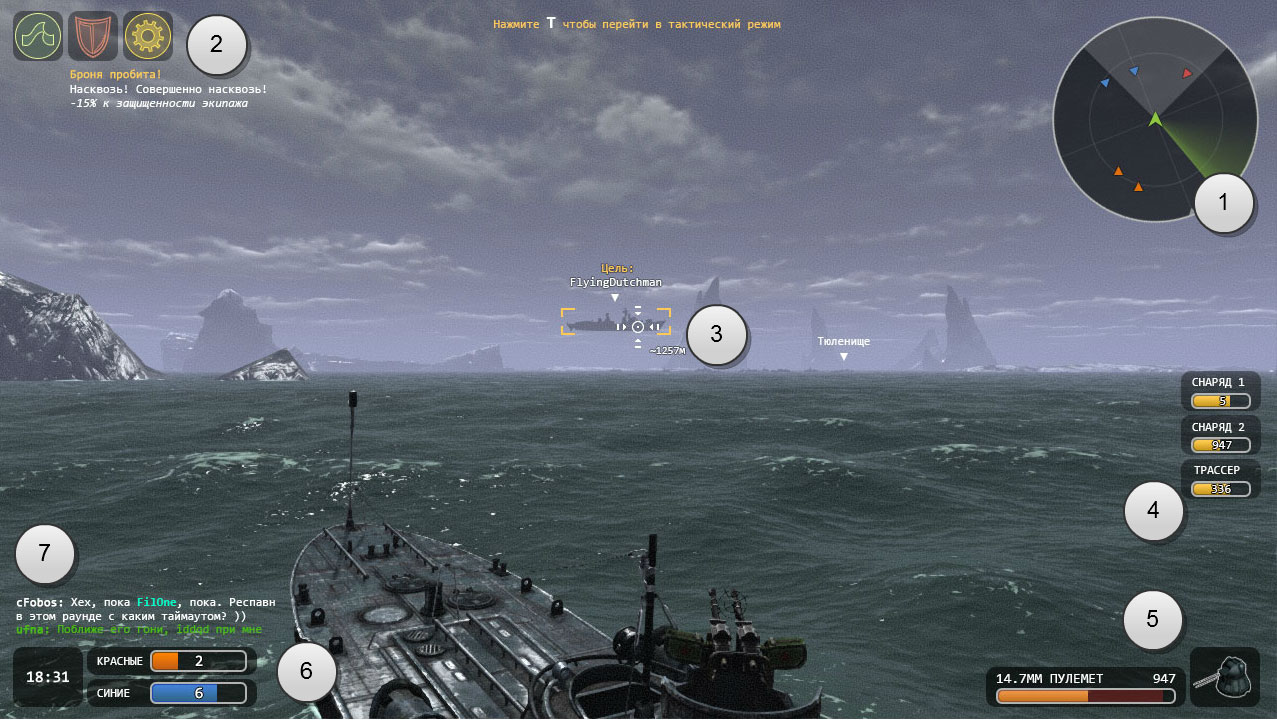 This interface for above-water vessels is relevant for artillery duels, visual detection of the enemy, antisubmarine tasks… However it is completely useless for long range missile combats. This is why we have also created the Strike Interface. While offering its concept to you, our shamans integrate it in the project. 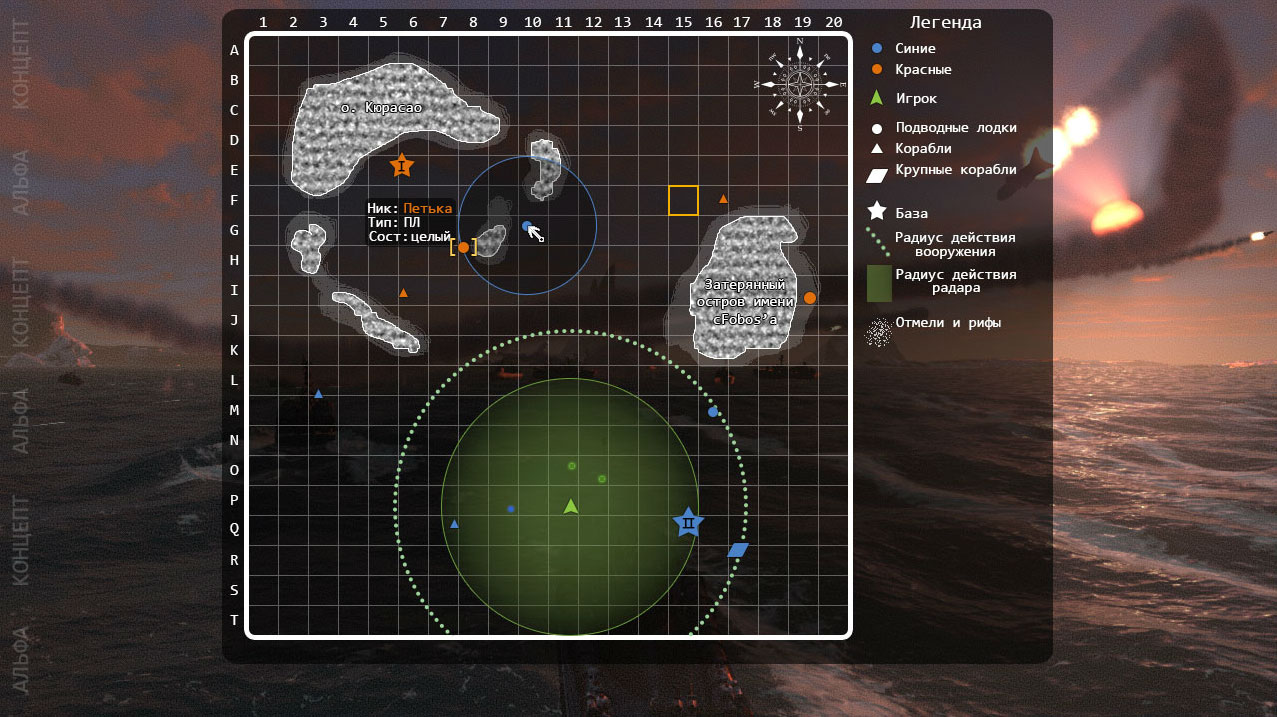 The Strike Interface represents the game map with specified radar ranges for our and allied ships (at pointing a mouse cursor on them), terrain, shallow water, detected enemy ships, missiles, submarines and helicopters as well as the efficient range of the selected weapon. This interface is used to launch cruise missiles, fire long-range artillery, torpedoes. The missiles can be launched at any place on the map (in this case they will search for targets automatically) or against a specific enemy using targeting from the ship’s systems or friendly vessels and helicopters.

You can always carry out efficient combat on any working distance of your vessel and remain aware of all main events within the battlefield, respond operatively on combat changes and participate comfortably in battles using all types of weapons from torpedoes and automatic canons to huge cruise missiles.

All mentioned components are timely for the upcoming beta-version and will be significantly modified in accordance with the results of the tests. The current interface is aimed on a general run-in test and does not seem to be polished and visually attractive.

This is all for today. We will be glad to hear your preliminary impressions. Stay with us and you will discover much interesting about the Seacraft project.

What's that in the top center between the radar and system status?
Other than that question it looks really good, nice choice of colors and arrangement of everything. You manage to display a lot of information without it looking cluttered.

Also looking at the image full size the Flying Dutchman is really living up to his name, he's actually flying.

He is indeed flying.

There is help/status messages in the top center (f.e. on the screen is says "Press T to switch into Tactics mode".

Flying Dutchman is our "special ship", which played helicopter role for few days :)