I've been hard at work at the House Update, introducing shelves of musty old books, torches, tasteless china dogs, and many more weapons. 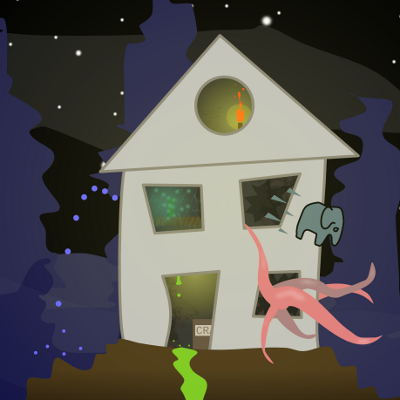 The environment Patent Blaster's played in came together somewhat haphazardly. I wanted to keep the graphical focus on the creatures and the particle effects, and chose a bunch of muted wallpapers as a background. From this the idea evolved that the game is set in a rather oddly and tastelessly furnished mansion.

The House Update will flesh out this setting: shelves of musty old books, torches, tasteless china dogs, and, yes, even crates! You can smash them! They may contain things! Just be careful of the acid dripping from the ceiling and some of the more... unusual volumes in the library.