Post news RSS Hotfixes and other things about the new update

A new blogpost about the problems the new update caused, an some final things added to it.

Hi everyone! Last Tuesday, I managed to implement the last things I wanted in for the new update. Wednesday evenening, Desura had accepted, and one server was updated, so I invited a new group of testers. The largest group so far: 60 players. I saw the new players coming in, so I was pretty happy with everything and wanted to go to bed... but then came the crash reports. Turns out that I accidently broke something while refactoring some of my code (which means that I rewrote it to be cleaner and smarter, making it easier for me to add new stuff): everytime a new player entered a server, the server software crashed. This is not really a problem for personal servers, because once you restart the server and log in again, you're no longer 'new', but it is fatal for public servers. These poor server volunteers have something better to do then restarting the server everytime a new player logs in.

Can you imagine how incredibly frustrating this is: you just invited the largest playtester group ever, and then the latest build turns out to have a huge bug which makes it impossible to play on public servers. I think I'm a pretty civilized person, but the sound I made when I realized what was happening must have sounded like some sort of primal scream. The only thing I could do is find the error, which went relatively fast with the help of playtester Noahz0r (thanks!), and upload the hotfix as fast as possible. As I write this, I'm still waiting for Desura to accept it. I can't help but worry about all players that tried to connect to Testserver1, failed, and gave up after that, while they might have really fallen in love with the game otherwise. Sigh... When did this calm hobby of messing around with some code on a free Sunday morning turn into this incredibly stressful thing? I really hope to have access to my own Virtual Private Server one day, so I can patch and restart the server software without being dependent on others.

Okay, enough complaints for today. The new update was described in detail [here] and [here], and these are some final things I added: 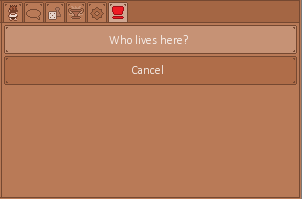 UPDATE: the hotfix doesn't seem to have fixed the problem. I'll look into it.