An update on the progress of the mod, as well as new Highlanders and Bavarian troops.

Firstly, an update on the mod's recent progress. Art wise everything is steaming along, with the uniforms nearly completion and more work on scene props being done. Soon enough will be done for heavy work on scenes to start.

Multiplayer, too, progresses excellently. The basics of gameplay are complete and Wolfstar (who's doing the multiplayer coding, remember) is now working on a brilliant new system for selecting your class, where you'll be able to simply choose your faction, class, regiment and different uniform items and weapons all on one screen.

Now we have a somewhat eclectic mixture of new units to show. First is the new Highlander uniform. The old Highlanders were simply using the Foot Guard coat before, so when it came time to make the Highlanders a proper coat I realised that the old British equipment (which was one of the first things I made for the mod) would look like rubbish next to the fancy new Highlanders. I also figured if I'm redoing the everything I may as well knock out a new kilt, too. So all of the Highlander's uniform is new, save for the hat, down to the canteen and haversack.

Also shown is the Bavarian Leib-Regiment, the senior most infantry of the Bavarian army. During the War of the Fifth Coalition they fought extensively during the Bavarian phase of the war, forming part of the 1st Division under Crown-Prince Ludwig. In the mod they represent the most elite line infantry available to the Confederation of the Rhine. 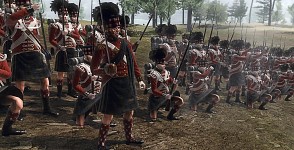 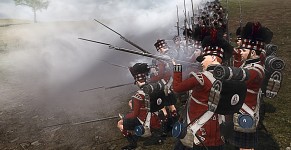 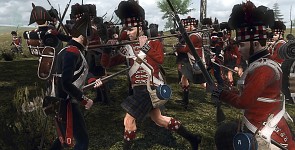 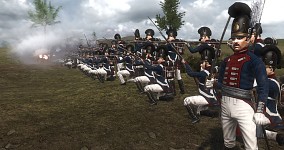 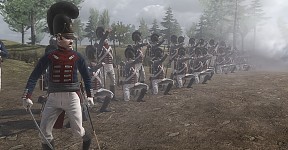 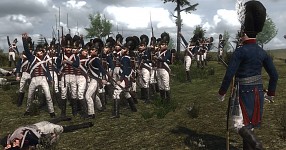 Thanks for reading. In hope it was enlightening. You may also notice I've linked my new twitter account to the mod. I'll be posting some exclusive updates and bits of information from time to time, in addition to whatever stupid things I feel like sharing with the world. So, follow me if you'd like.

Now it's back to the dungeon for me---I've work to do.

Those are some of the most detailed, high fidelity models I have ever seen for Warband. The work you guys are doing is unbelievable, keep it up.

i might just boot up the the old warband and give it a spin again!

Can't wait to play Multi-Player congrats to the development team

I still want to play as Duchy Od Warszawskie

You'll have to settle for a Księstwo instead.

Amazing work as always. This is how Napoleonic Wars should have been...

Your work is amazing and this post just made my day.

Such an extremely high quality mod is very pleasing to see. Is there any chance of us getting a release by the new year?

There's a chance, what kind of chance I don't know.

Is there somewhere I can find a troop tree, love the mod