Hi! I'm the developer of “JunkerBot” and i wanted to share some info about the game itself and it’s near future.

I'm the developer of “JunkerBot” and I just finished working on some basic menus and UI elements, and then i just realized, i haven’t been updating this page as much as i wanted to, but I'll take that as a good sign.

Anyway, I wanted to share some info about the game itself and it’s near future.

I want this game to be mostly a single-player experience, and that’s where all the important progression elements will be.

But everyone knows that playing with a friend more fun, so i was thinking in adding a simple 2 player co-op mode in it, since this mode will be a bit more simplistic, and a learning experience for me, that’s what i have been developing first, so i can test out and tweak basic driving and combat mechanics and such.

The idea is that, in single-player, you build your base and vehicles, explore the world and conquer mining outposts to get resources constantly and destroy any opposition along the way, and in co-op you go to fight and unlock unique vehicles.

the first “co-op area” is filled with enemy convoys from the airBurn faction, from packs of a few light vehicles to convoys with with up to 8 vehicles of all sizes mixed in. 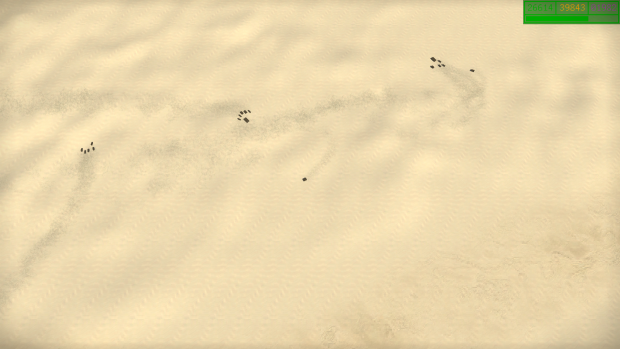 Convoys react to your presence and engage in combat.

You can also collect scrap from rocky surfaces and recycle them into materials, or use them to repair your current vehicle 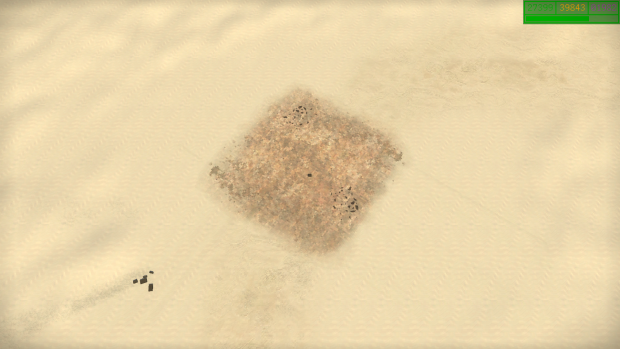 “And now what, Steam Greenlight?”

Soon, first i want to make sure i have everything i need for an Alpha Demo!

Yes, i want to release a free Alpha Demo, right here, featuring this first “co-optional” area (since you can play alone), with a few bugs maybe, but fully playable and with a placeholder of a progression system, since it will lack the single-player component (where all the actual progression will happen).

That way i can get feedback on the most important aspect, vehicle combat.

If you're interested in the game, feel free to track it, leave a comment, or send me a PM!