The game has been in development for several months, now it finally has a name. Here she comes, miss Hell Denizen.

Hell Denizen is a retro styled third person action / fantasy / horror game running on FTE engine. The name of the game refers to the player character who is a powerful demoness in Hell. She's on a conquest for more power over her rivals.

Goal is to get the game ready / released in Steam (and elsewhere?) in about a year and not have too expensive price. Currently the game has 1 player character, 6 monsters, some generic weapon set (that's about to change) and some textures for levels, but no complete levels yet (and level design is my favourite part). Have done some sound effects, but all the monsters are missing sounds, so now the videos are gifs instead. 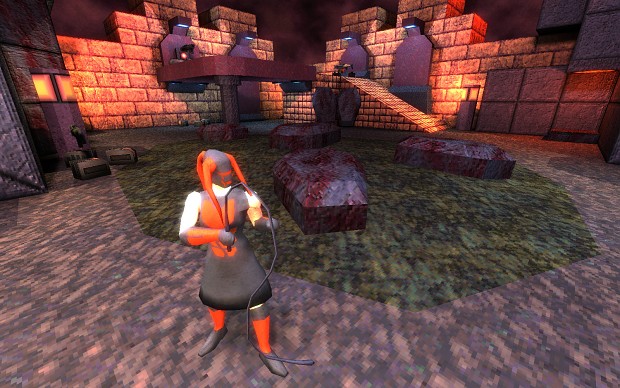 Here she is, ready to open up some graves?

Equipped with a flaming whip.

Just some movement and turning around. 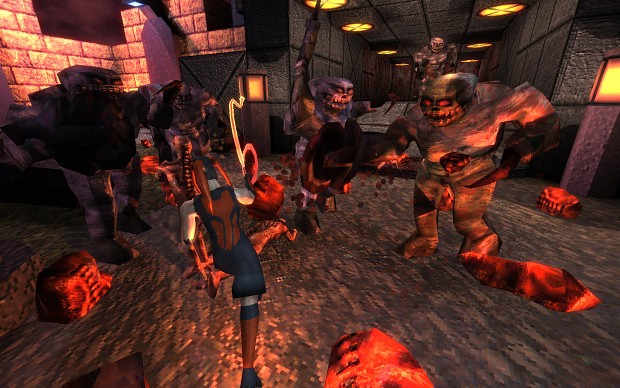 The big Brute Butchers are ready to slice you up. 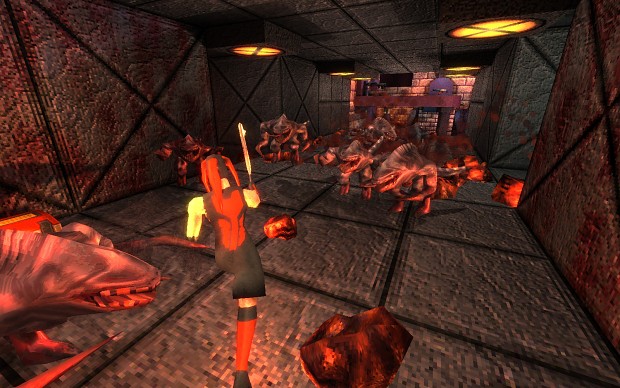 Trying to fend off a group of Demon Spawn.