Heathen Engineering’s Terran is on Steam Greenlight and needs your support! Terran is the first full-featured title from Heathen Engineering. A sci-fi themed game, the player takes on the role of a Terran, a cyborg-like evolution of human. Sandbox by nature, the game includes action, RPG, population management and even real-time strategy elements.

Terran is the first full-featured title from Heathen Engineering. A sci-fi themed game, the player takes on the role of a Terran, a cyborg-like evolution of human. Sandbox by nature, the game includes action, RPG, population management and even real-time strategy elements.

Terran is being built for Windows, Mac and Linux and will support a variety of VR headsets right out of the digital box. Having been under development for the past few years, the game is now looking for community support to find its way on Steam. 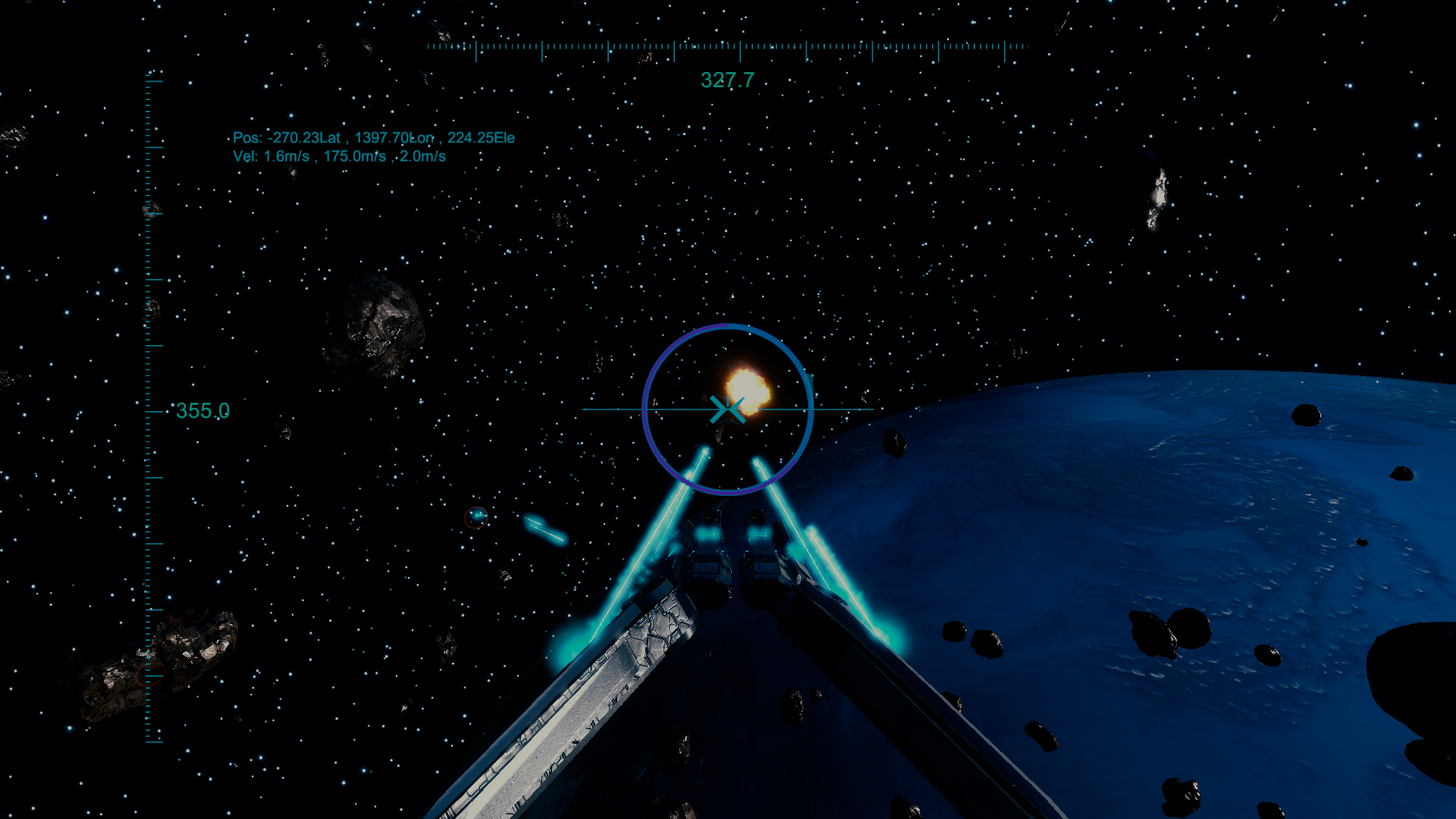 Capital-class Ship Combat is one of the game's key features. As a Terran pilot you are literally part of your ship. You can view your ship from one of its orbital cameras, or manage events and factions from your OS, a desktop-like screen. The OS concept replaces the traditional start/main menu with various ‘programs’ or ‘apps’ that you can use to learn about the galaxy and embark on adventures.

The demo gives a trimmed-down set of apps, but includes a test function to let you try out your newly crafted ship in simulated combat. Ships can also be saved as templates and exported to share with friends, although this feature isn’t yet available in the demo. 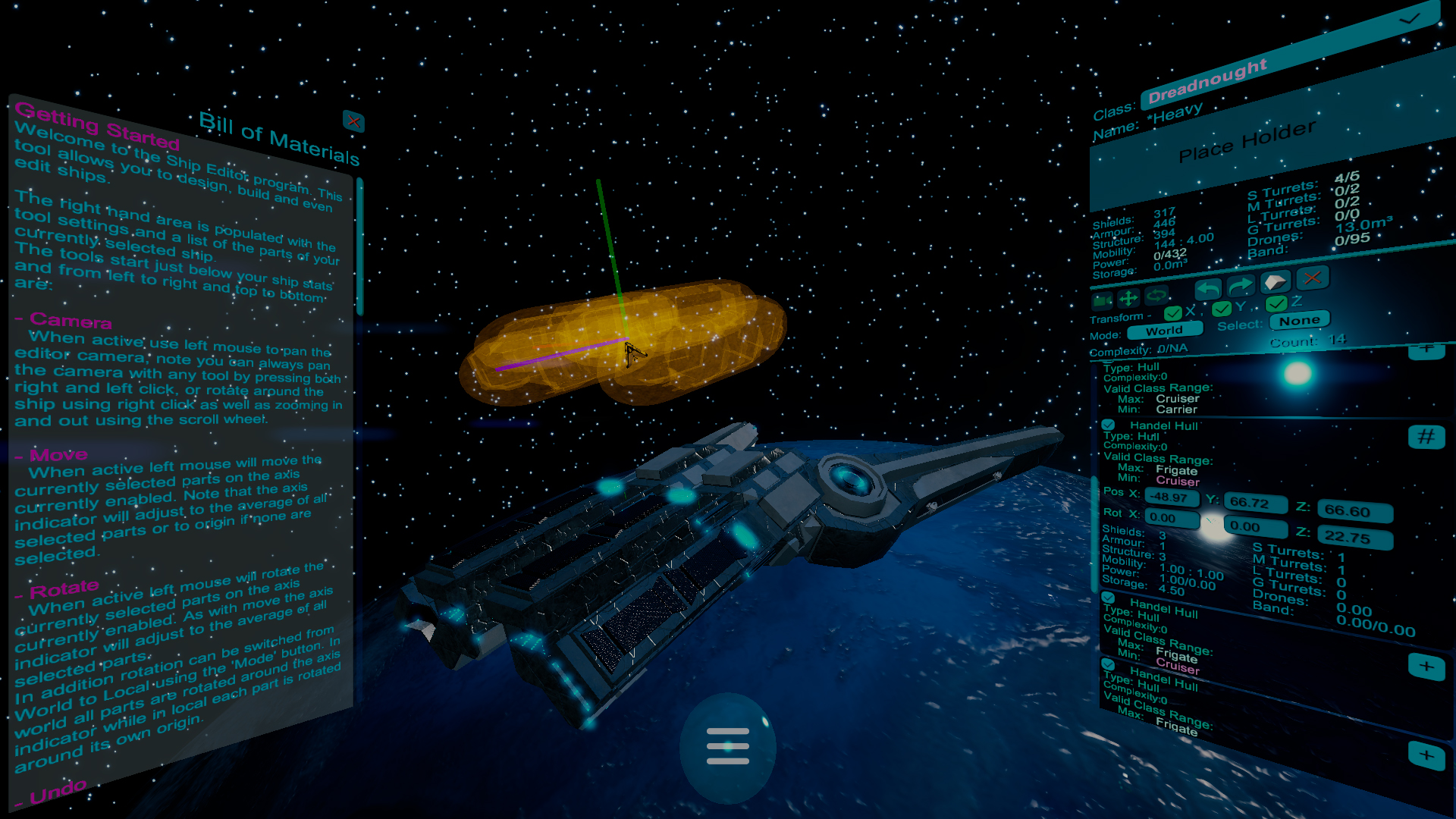 A more advanced form of modding will be supported with a planned ‘SDK’ to let modders make custom ships, parts, factions, new regions in space, races and even events for other players. Time will tell if this gets hooked up to communities like Nexus and Steam Workshop, but expect Heathen Engineering to focus on this area as the game approaches completion.

If building, fighting and modding with massive warships wasn’t already enough for you, you’ll be happy to know that Terran has more in development that is slated to be ready for release:

Another dynamic game feature is Population Management. You can choose to join or form your own faction, crime syndicate, corporation or even a bounty hunter gang. Bounty hunters don’t include civilians, but your team comprises NPCs with a culture, persona and their own ever-evolving goals.

Developing and maintaining these relationships is especially important since the game's command system is based on military structure. Orders or objectives are handed to a person or group and that entity then determines how to execute them.

The relationship with the commander naturally impacts on how orders are followed, but the individual persona and cultural factors of the NPC also play a part. For example, you may find it hard to get subordinates to fly a suicide mission, or they may refuse if it conflicts with their morals.

The loyalty system can also work for you – if you are in command of a flotilla or some other small group within a fleet, you may choose to switch sides; if your subordinates are more loyal to you than to the faction then they may cross over with you. 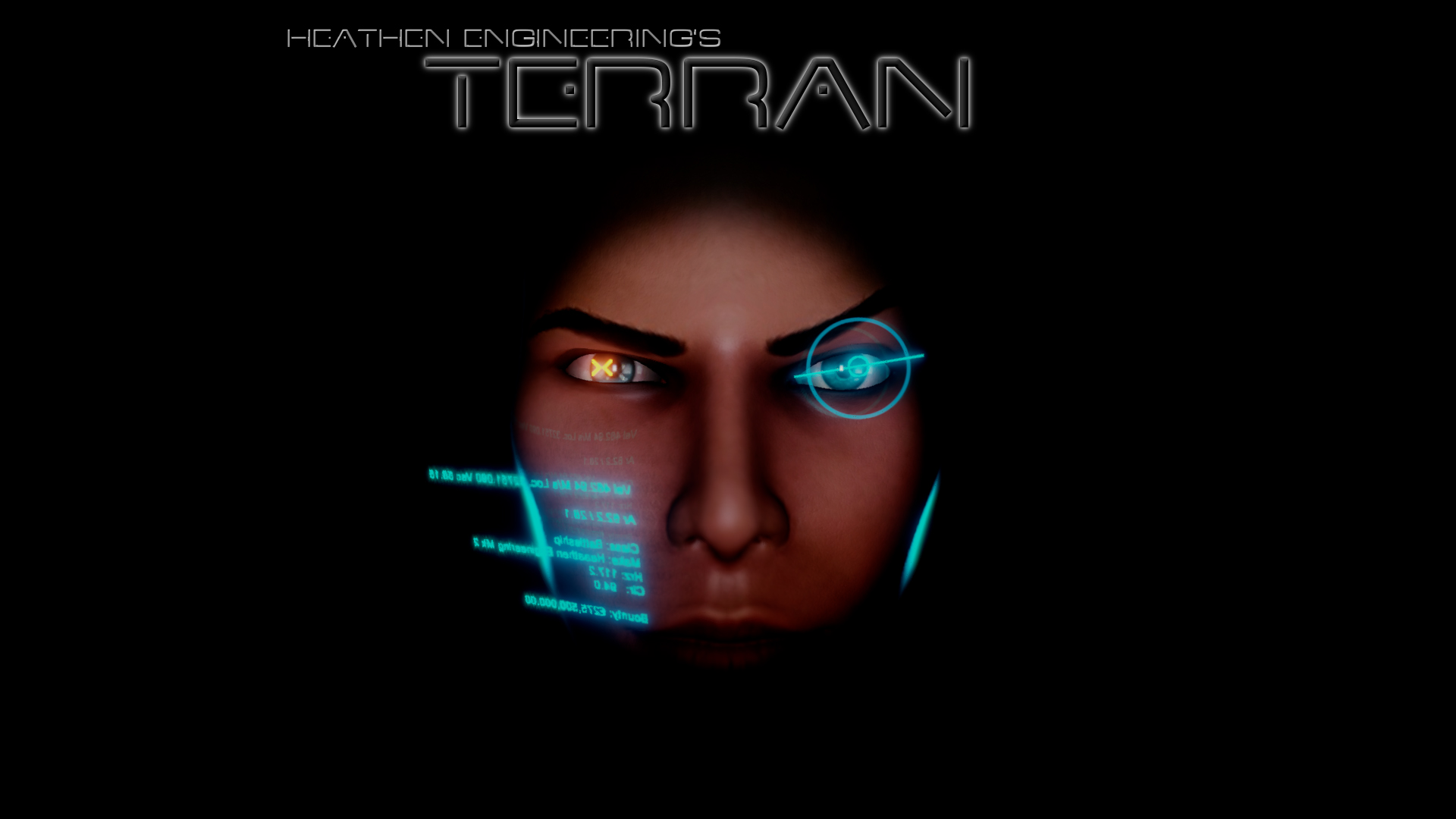 Population management doesn’t have to always involve conquest by military force. Terran also has many non-combat modes of play. Political, economic and even cultural domination is possible.

Populations are divided into ‘stellar assets’ like planets, stations and even asteroid fields. All the assets within a system fall under a leadership group. Systems in turn fall under sectors, sectors under regions, and if you’re really ambitious you can achieve galactic control.

Managing so many layers can be challenging; the leadership system allows you to personally manage any or all of the groupings. You can also assign NPC leaders or allow the populations to choose their own leaders. Leaders don’t have to be a single person; you can assign a structure such as a monarchy or counsel and then assign positons within that structure or fill them yourself.

Populations also require commodities and infrastructure to survive and prosper. Managing this aspect of the game can be left to your leadership groups, or managed directly at different levels.

Terran crucially plays how you want it to play. You have the ability to change your mind and try different things. The game keeps track of what you do and reacts to how your behaviour changes.

There are many other features not shown in the initial demo release, but the demo will be updated throughout the final stages of development to give players a feel for each evolving area of the game.

Heathen aims for a late Q1 2016 release, assuming the Steam Greenlight campaign goes well. At launch it will support Windows and VR platforms, with Mac and Linux available shortly thereafter.

Demo available for free download on IndieDB ... see the link below and don't forget to vote it up on Steam Greenlight!