Greetings everyone on this spooky day. Here's what we've worked on this week and previous- 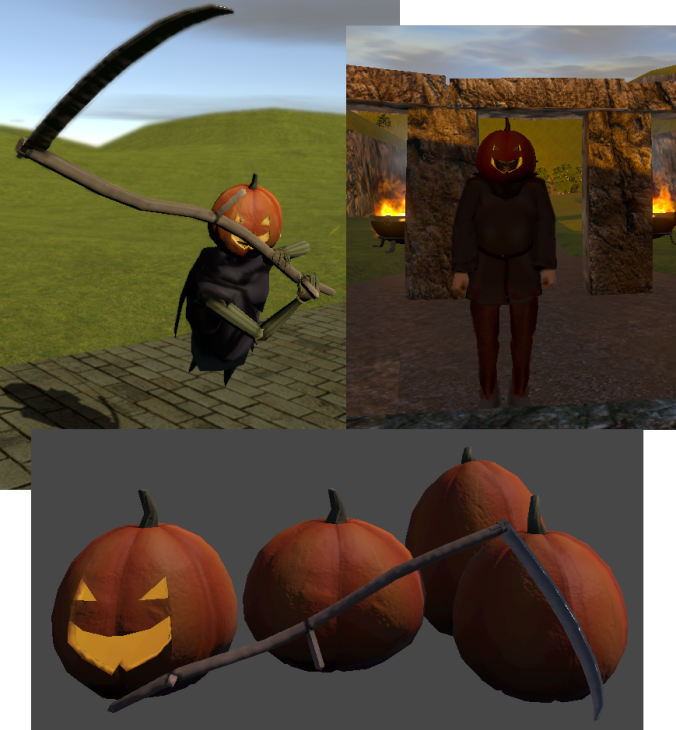 • Autumn/Halloween themed props: pumpkins, jack-O'-lanterns, and even a pumpkin helm.

• Bat animations! They now flap instead of spinning around wildly. Video below:

• Additionally, work has been done on building the Homestead Cottage.

• A modal dialog window for various menu actions, like a confirmation menu, has been started (”Are you sure?”). This will be expanded and used in various ways including a slider menu asking for an amount, when purchasing or dropping items, “How many?”

• Save files now record the game’s version number they were saved from. This will allow for some discrepancies to be addressed in save data of earlier and later releases, down the line.

Jon has also started working on some big projects and overhauls. Primarily, the NPCs state machine and networking.

Progress so far: NPC movement has been improved, as there's now less visible sliding (or in other words, animations now match their speed more accurately).

• Lastly, quite a few bug fixes and optimizing, more specifically making a pooling manager for re-using object instances. This has a ways to go, but is being used for one instance in-game already!