Nameless: the Hackers, an indie RPG based on hacking culture, conspiracies and anime is coming soon to the iOS AppStore! The game features over 12+ hours of gameplay, 30+ original music tracks, and 10 original anime drawn characters! The game also has a unique battle system that requires strategy and skill to defeat most bosses!

Hello Everyone! My name is Steve and I'm proud to announce that Nameless: the Hackers is FINALLY COMPLETE and has been submitted to the Appstore!

So far, we've been pretty hush about the project with only slight leaks here and there. It's just because a majority of the time, we've locked ourselves inside our little studio and cranked out massive amounts of content! So please allow me to give you the scoop on our humble game.

Nameless: the Hackers is a modern-day RPG based on hacking culture, computer science, anime and conspiracy theories! We made a game that we hoped would be interesting, fresh and not your typical RPG! 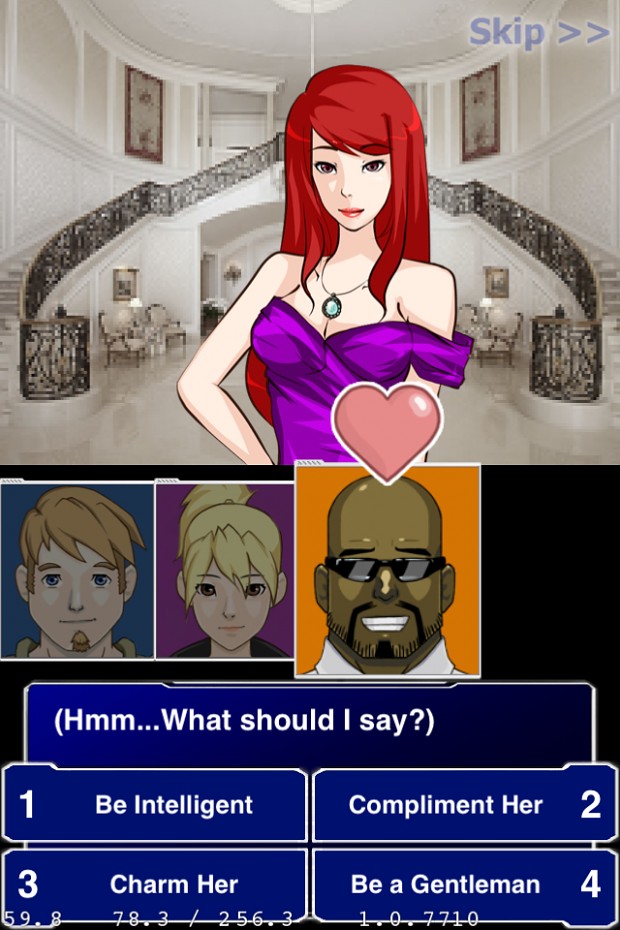 Story Teaser
We start the game off with two hackers who have no idea what they get themselves into. The hackers seem to then keep getting deeper into a massive conspiracy theory, until it dawns on them... they are the only ones who can save the world!

Jayden and Hannah on a Mission 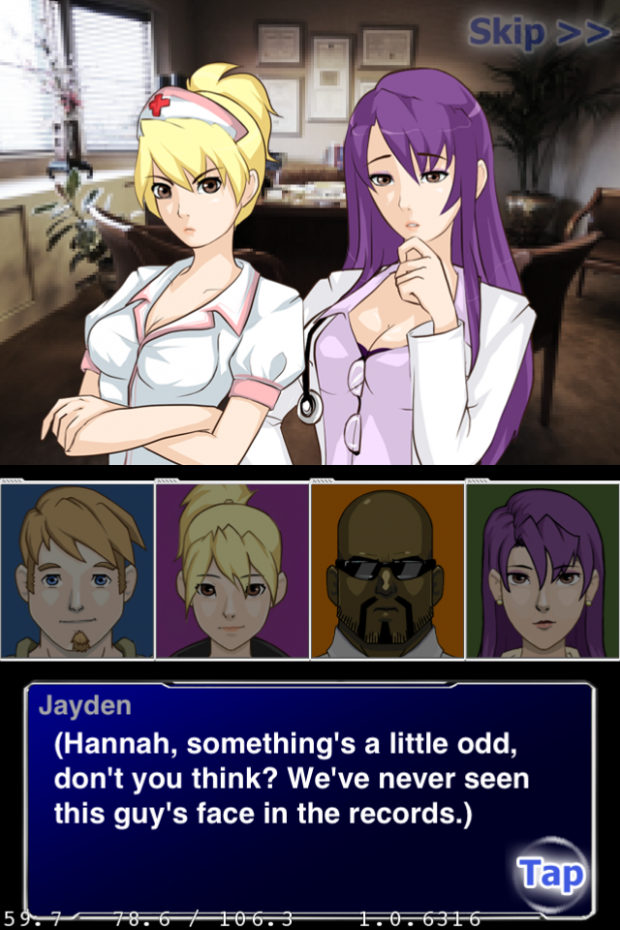 Game Features
The game has over 12 hours of gameplay content! And it's not just mindless grinding as you expect in some rpgs. There are over 10 cities to visit, 45 cutscenes to view, 12 bosses to beat, and 65 cards to collect! Also there are 30 original music tracks that fit the scenes and keep the mood going!

Game Mechanics
The game mechanics work in this way: You progress through the story collecting "infocards" which increase your stats and unlock skill limiters. The stats help you in battle as you are able to deal more damage, dodge more shots and survive more battles! 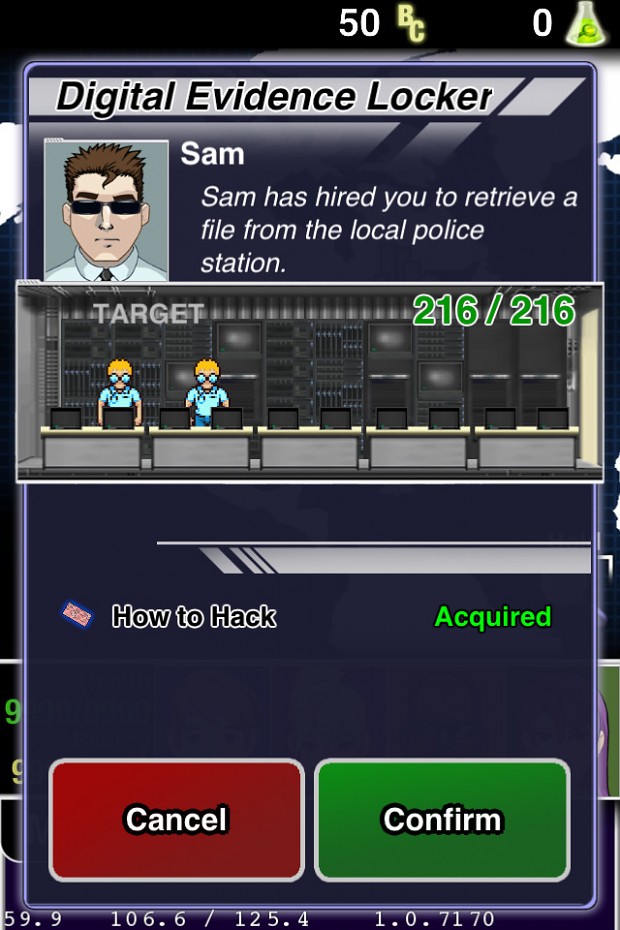 You accept missions that you find on the "WORLD MAP" which are either random assignments or story driven quests / missions! You are able to get missions from towns and the story!

There is also a decision system involved with dialogue resulting in new and fresh play over and over again. 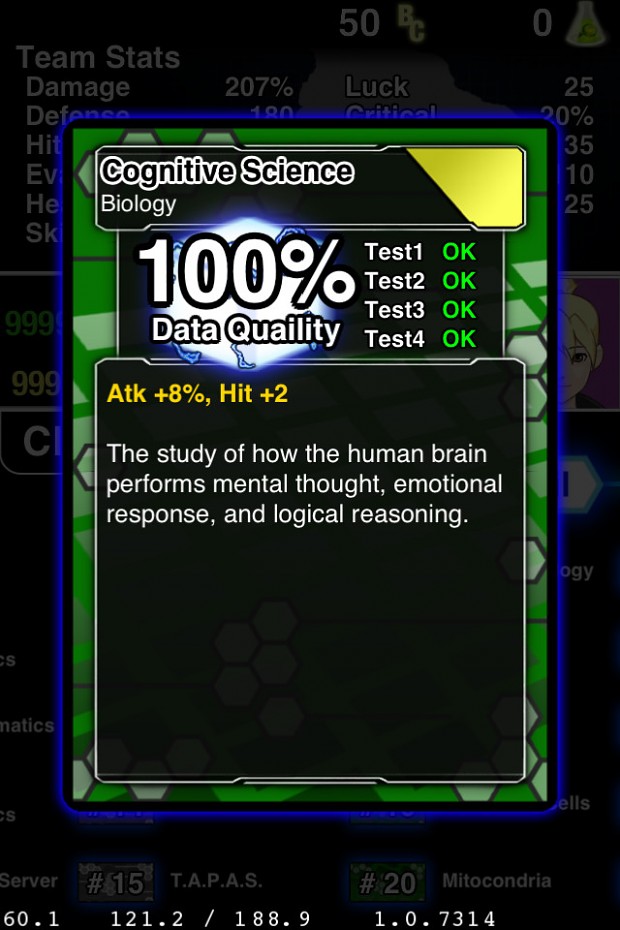 The Battle System
The battle system includes 20 unique skills that you can choose in a turn-based battle. However, everyone takes their turn at the same time! You are able to cancel the opponents move or gain the advantage by predicting what the enemy is about to do! The battles are not extremely easy and only the correct tactics will lead to battles with the most gain. 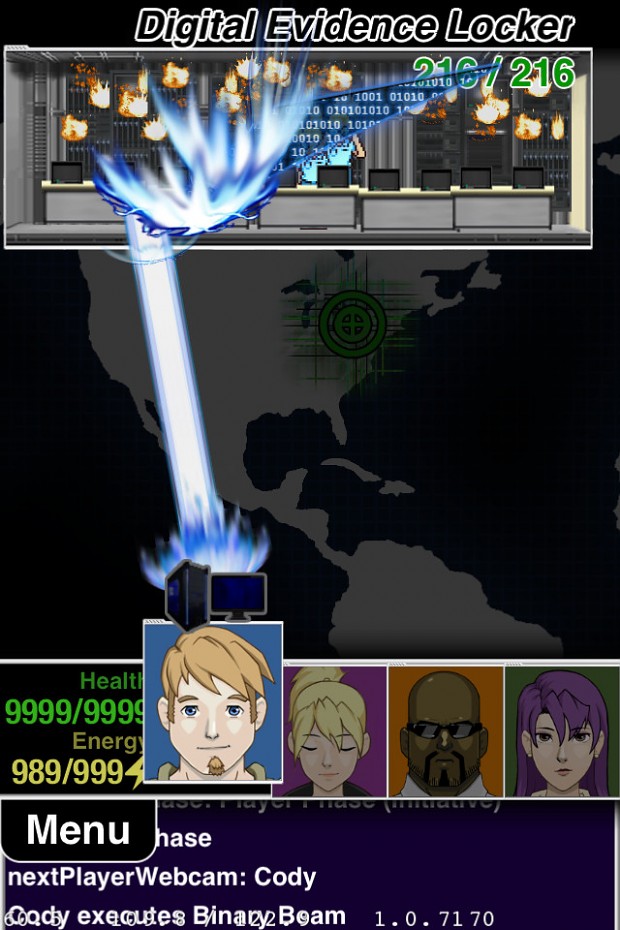 Anyway, you can check out our trailer here. If you are interested, please come visit our INDIE DB page and leave me a comment! I'd love to hear from you!


Hope you enjoy our game! We worked really hard on it!

I'm also giving out free copies when the game comes out! So please stay tuned!

Thank you for your kind words. You are a gentleman and a scholar!!!