Posted by ValiantInteractive on Mar 3rd, 2016 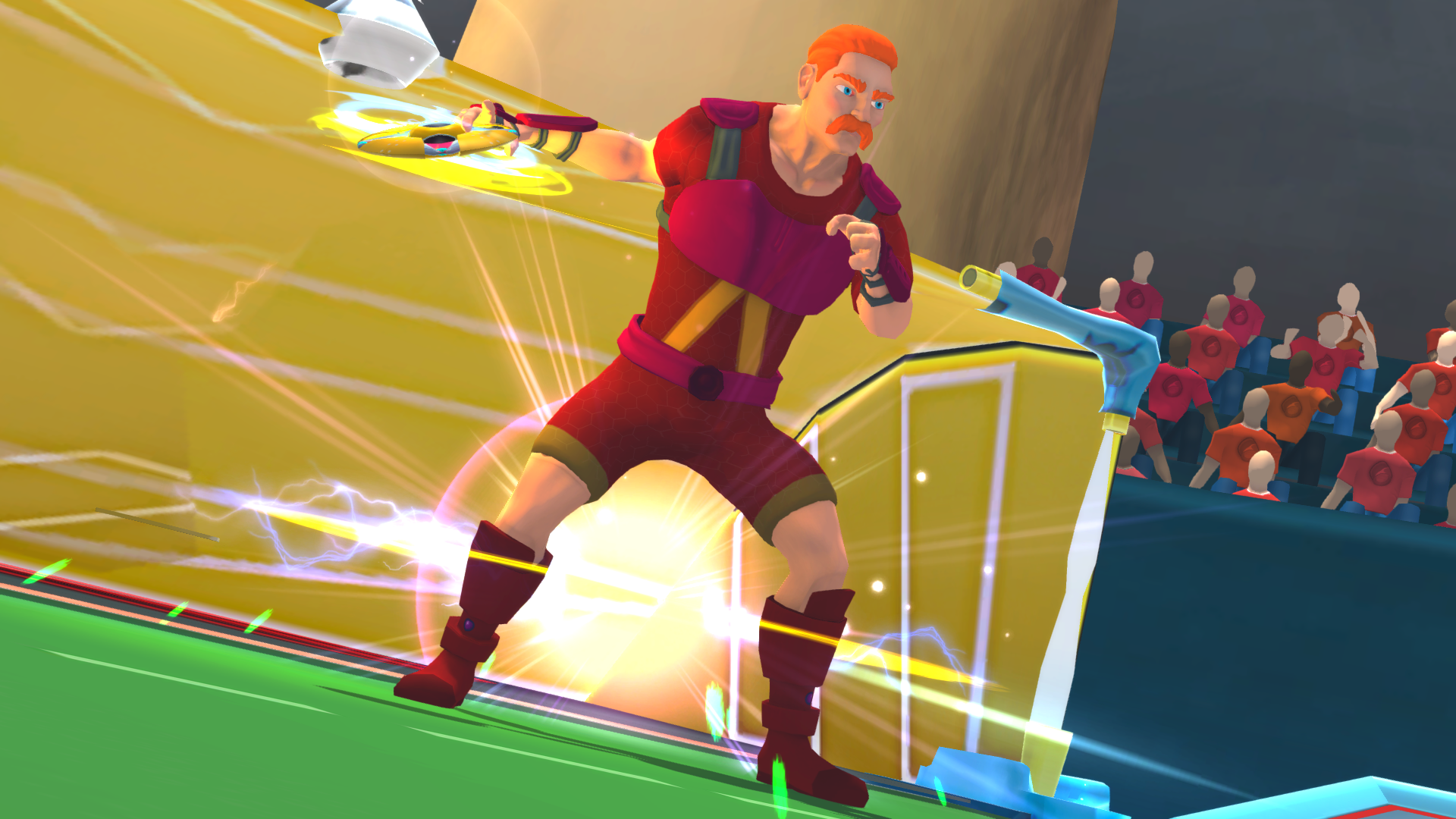 John Gyrodski gets a makeover!

Brother to the current Gyrodisc Super League champion and stern-faced curmudgeon, John Gyrodski now has an updated look thanks to his new 3D model. There was a bald-headed moment where he resembled Charles Bronson, but once his signature thick eyebrows and moustache were returned along with a new, snappier haircut he has turned back into our familiar John. We also took the opportunity to update our character shader to use normal maps, and his moustache is all the bushier for it. 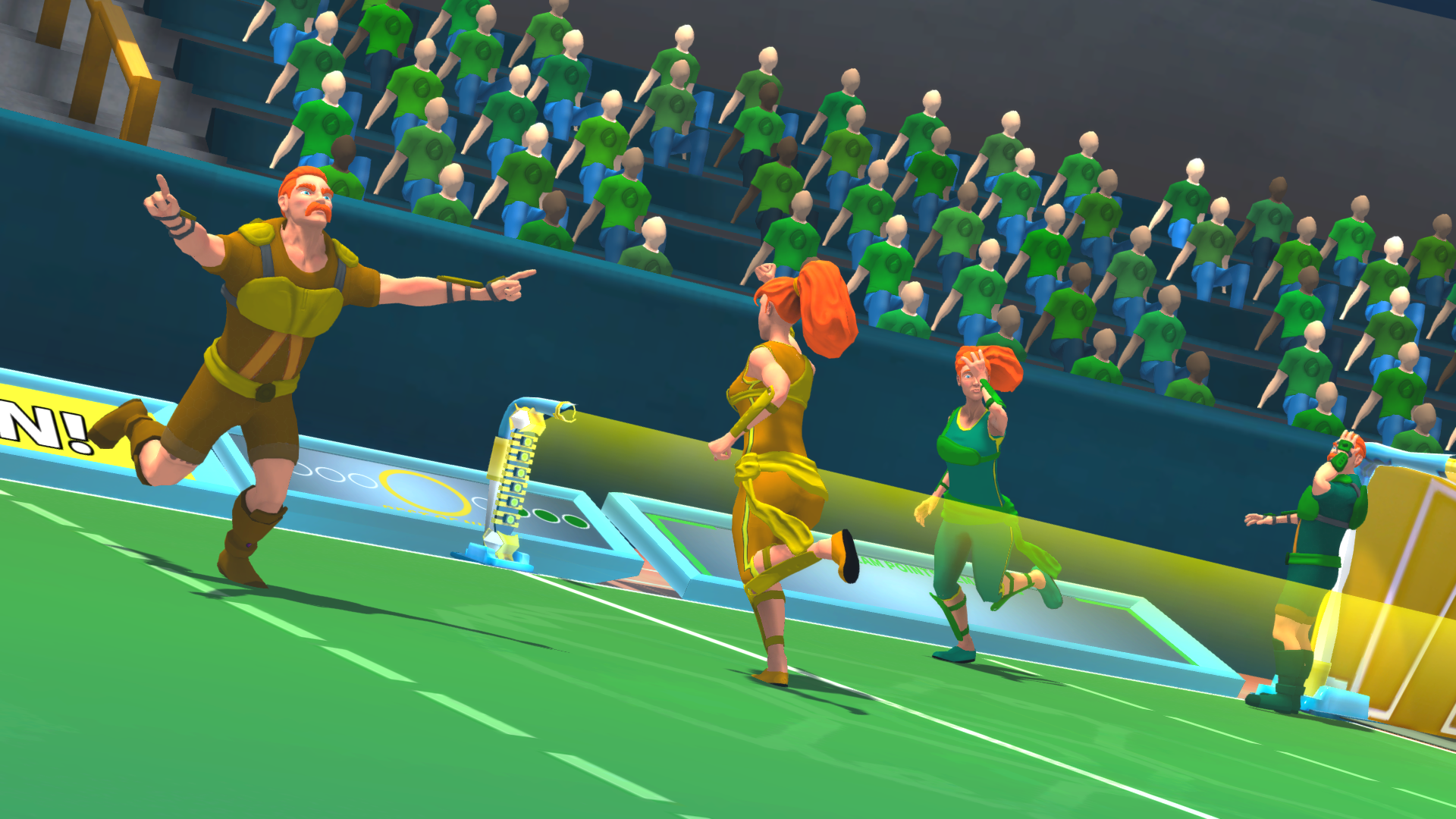 Following the addition of our new player models, we’ve spent some time working on our pipeline for animation development. This involved creating low-poly T-poses of our characters to export the animations onto. The first result of these changes is our new celebration animations! 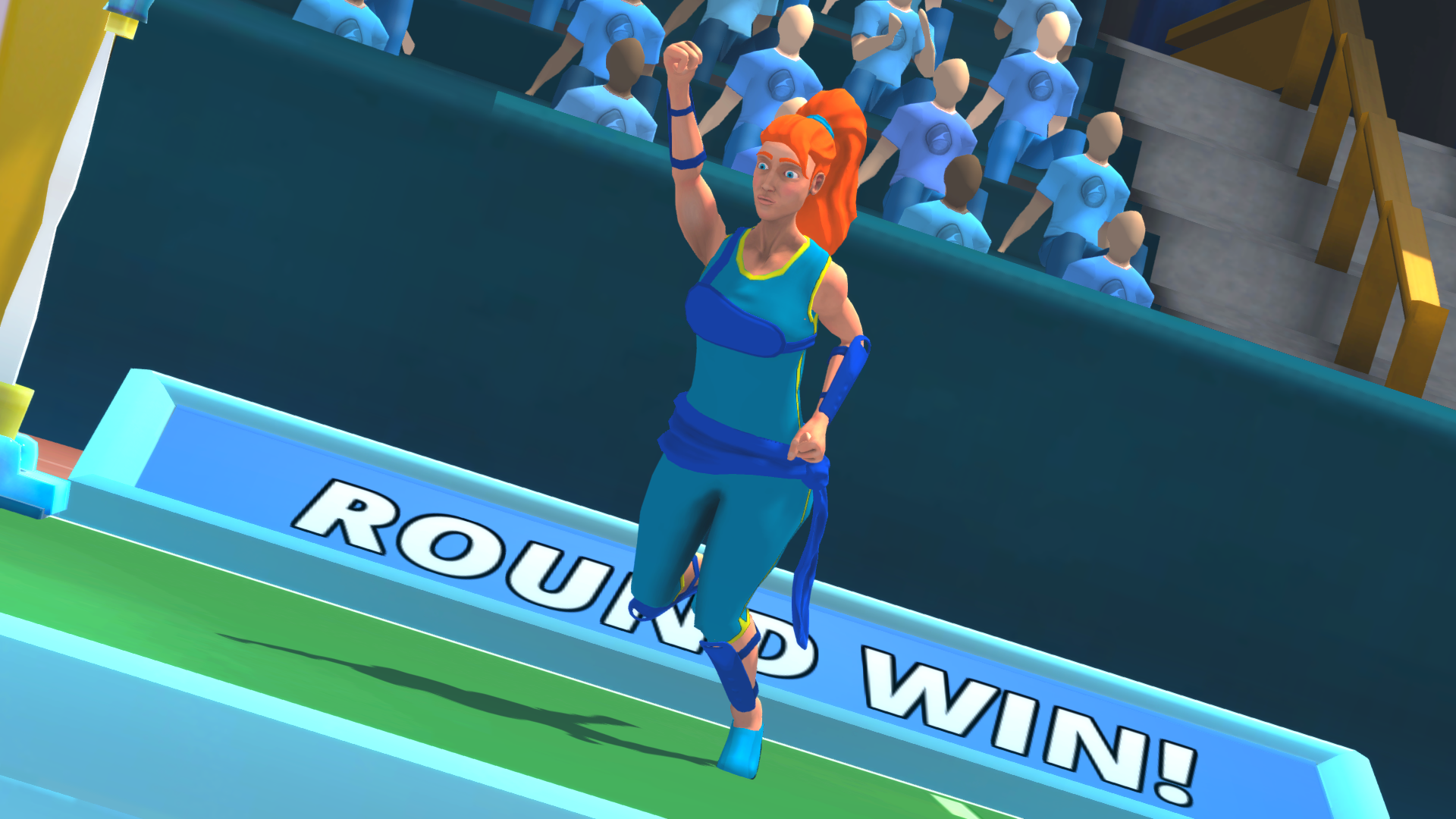 Following a rally, players can now celebrate or lament their win or loss respectively. They can hold different inputs to strike different poses, ranging from smug finger-pointing and flexing in victory, to woebegotten-hands-on-head or fistshaking in defeat. 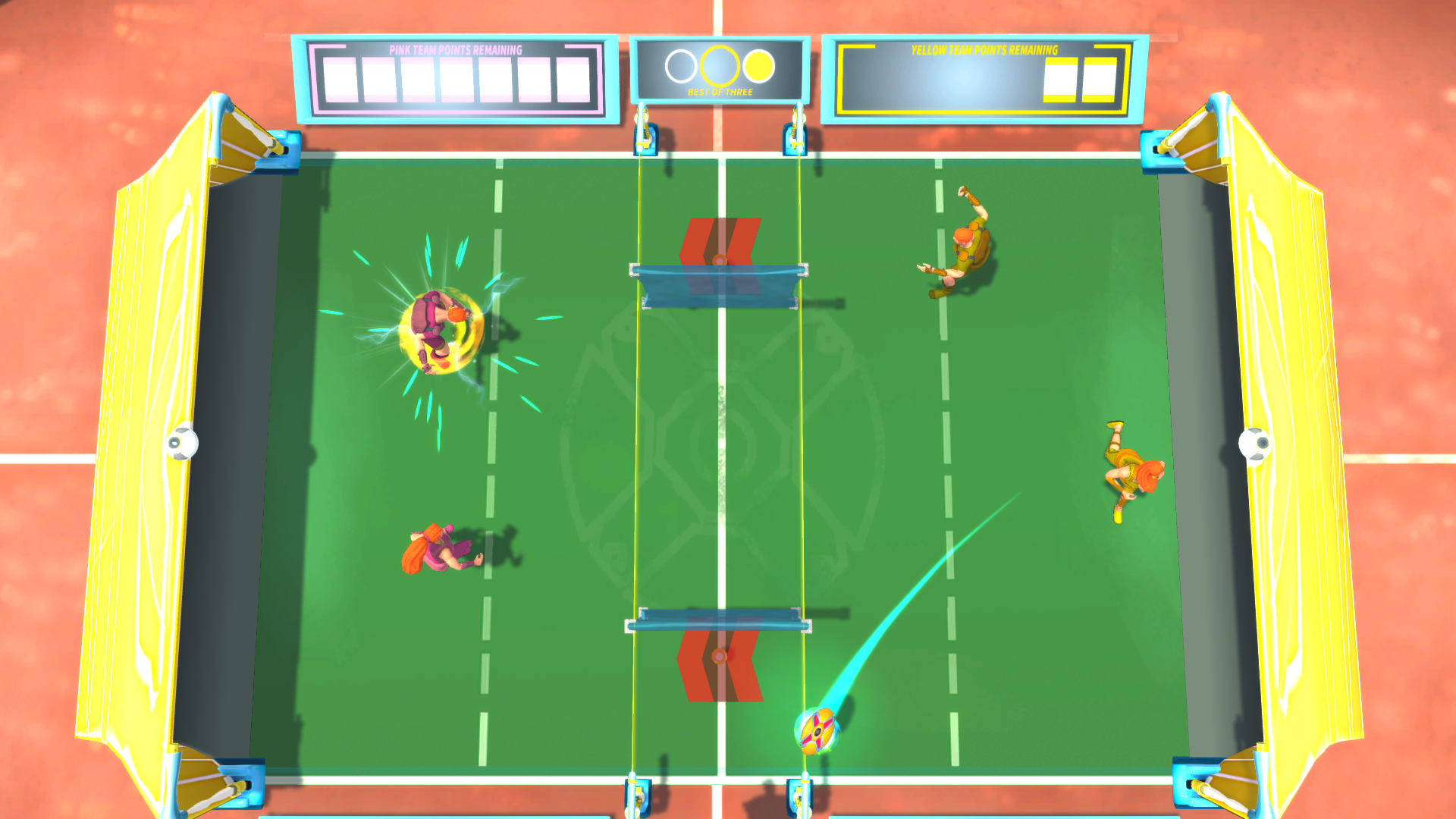 Our old AI had a problem with either being ridiculously incompetent or terrifyingly accurate. We have added some new AI behaviours to try and mimic the mistakes human players make when playing Gyrodisc Super League:

All of these behaviours are on easily-modifiable curve graphs allowing us to create different AI profiles that are fun to compete against. 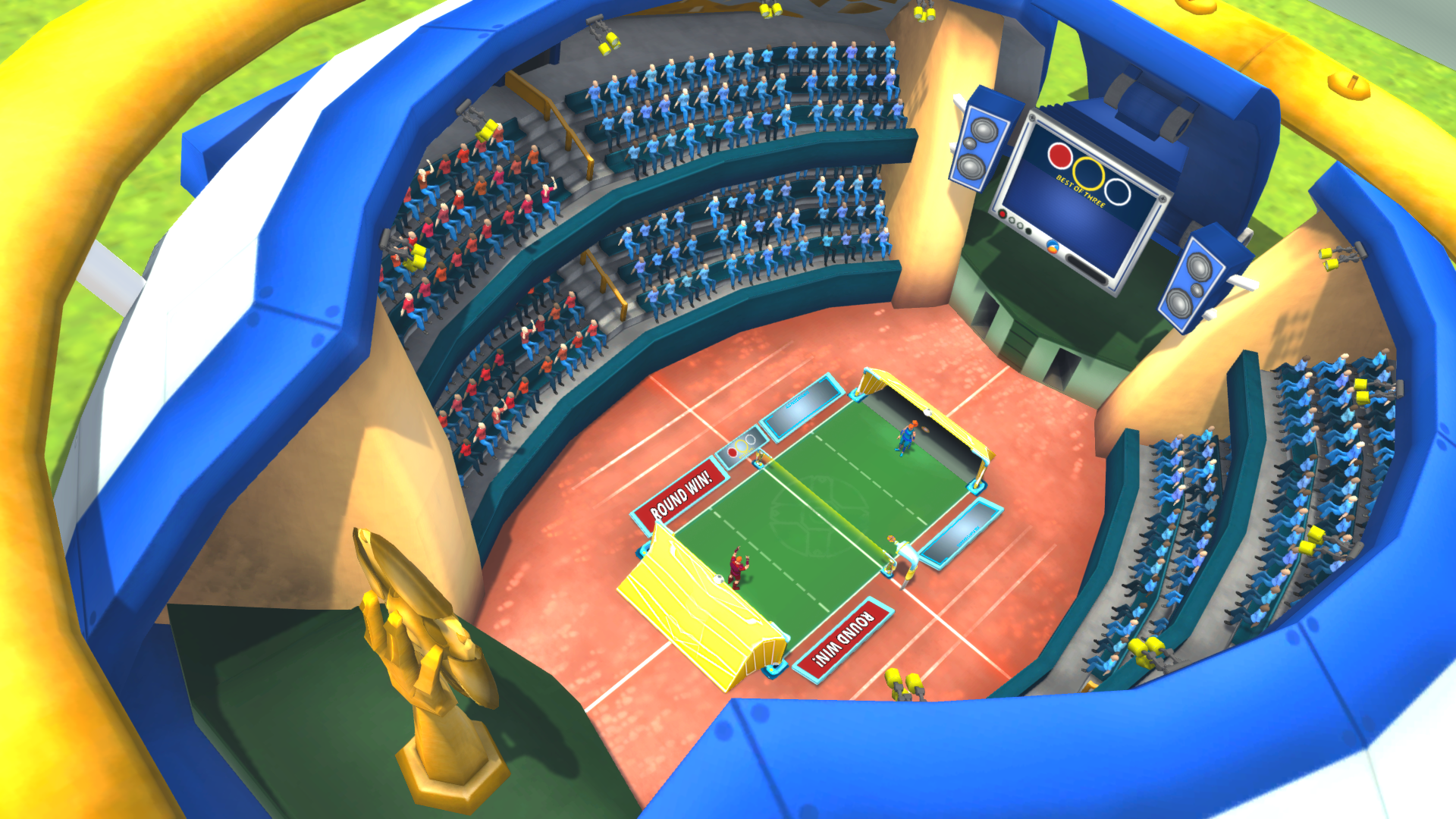 We have added a new audio feature called “sound effect sets”. These allow us to set weights of various sound effects within a larger group of effects, creating an ebb and flow from one state to another. The first of these sound sets is our audience, whose voices now rise up when a player scores or wins a round, and then slowly quieten back down as the match continues. Turns out having a audience cheer your success makes things far more rewarding! 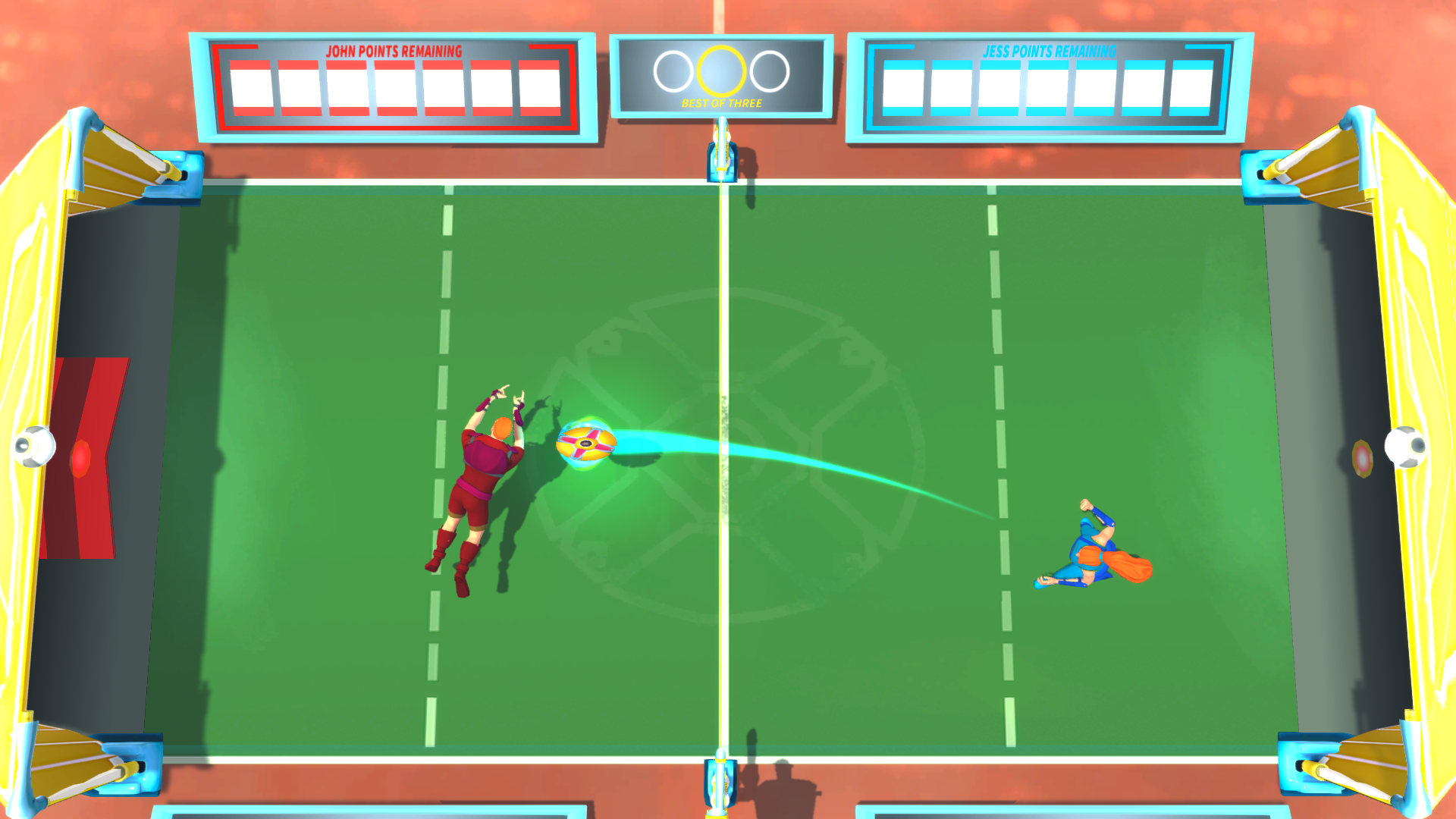 Set up controls to play how you want!

Players can now define their input method in our new Control Setup screen. Each player can define what input device they wish to use and what buttons should be mapped to each in-game action. Players can choose between two different styles. Precision style requires a button for every in-game action individually. It allows the player to be concise with what action they are trying to perform. Arcade style maps several of the actions onto a single button. It is far more accessible, but runs the risk of the player not getting the action they expected in certain situations.