As we approach the end of our Kickstarter for Adventure Mode, we'd like to tell you why we're worth backing.


This is Joseph Lieberman, one of the guys here at Muse Games and Guns of Icarus Online. Today Guns Adventure Mode is closing on the final days of its Kickstarter and the final few weeks have been a whirlwind. First, some background. Guns of Icarus Online: Adventure Mode is a PvE expansion to the existing PvP co-op steam punk airship combat game. It is the first game to use Kickstarter to fund a DLC for a previously Kickstarted game. That plus our regular content updates had put us firmly in the good graces of a great many people, including our fans and the staff at Kickstarter.

With a combined effort to get the word out about our Kickstarter at Kickstarter.com, being a staff pick, and the all important asking friends and family for money, we managed to pass our goal with 34 days to go and continue to go strong towards our first milestone stretch goal. There's now about a week left and I wanted to take a moment to tell you why you should part with a few dollars and either buy our game or back us on Kickstarter... and best of all- I'll do it in 3 bullet points by comparing us to others you could back.

1) We aren't like "some" companies out there who make simulation games about cities or stuff like that who promise things and then don't deliver and don't listen. Due to a recent promotional success we shattered our online user count and caused our lobby & matchmaking servers to grind to a halt. Did we just ignore the issue while working casually on the problem? No! We literally had staff and volunteers working around the clock starting games MANUALLY to make sure our players, new and old, could continue to enjoy the product while the programming team worked themselves sick getting a temporary fix up so they could take care of the root of the problem without disrupting the players.

2) Unlike other companies, we've produced games via Kickstarter funding twice before and for most of the tiers you'll get immediate access to the current game as well as future access to the expansion, Adventure Mode. How many of those backed projects will never produce a final product, let alone one you can see the quality of beforehand? How many wealthy companies are using Kickstarter to eliminate their risk at the cost of the consumer's money? Compared to many we're a safe bet and you can sleep soundly knowing you're helping someone do something they couldn't do before.

3) Ok I will admit the quantity of our tiers for Kickstarter is a bit daunting. Compared to some though, we've put a lot of thought into this campaign. We actually delayed launching the campaign for two months to make sure it was good for the players and good for us. Frankly, we blow the competition away when it comes to cool swag, like our new silver and classic bronze USB sticks, one of the most stunning art books I've ever seen, and a HUGE signed print from our concept art as a poster, just to name a few. We've got something for everyone, from the collector down to the guy who "just wants the game." 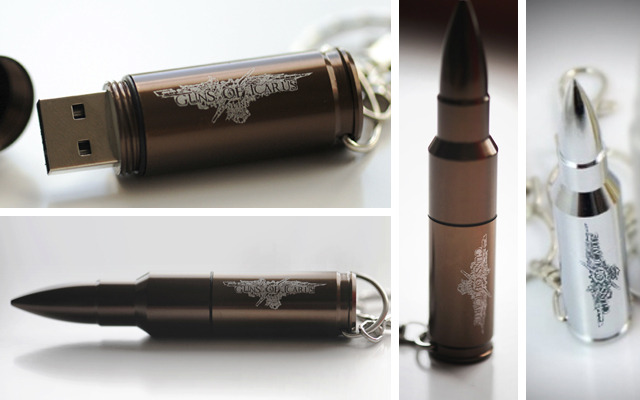 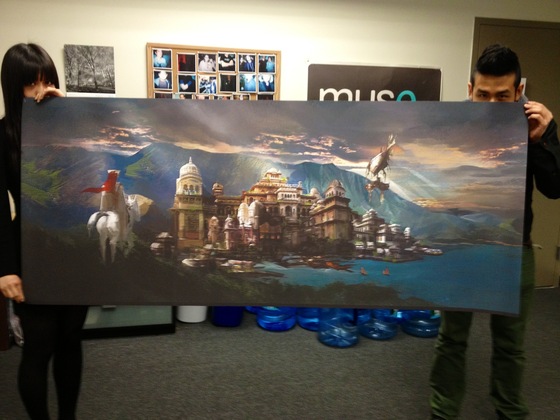 Now THAT is a poster... and they'll all be signed!

Basically we're indie, we're real, we love our game and listen to our players and we're asking for your support in the last week of our Kickstarter to help us bring a true PvE experience to our PvP airship combat game. Buy the base game, back us on Kickstarter, donate a dollar, or just tell your friends. Every little bit helps us continue to innovate and create new, awesome, co-op experiences!

More info at Kickstarter.com and Gunsoficarus.com.

There goes more of my money. Damn you game developers and your good games, along with my inability to give a **** about money. ಠ_ಠ

Well, I'm proud to say that I just blew more money on that kickstarter than I have on anything else so far this year. Keep up the great work!

Star Citizen, Planetary Annihilation, Cyanide & Happiness(couldn't resist the plushy), this game—we're going to have so much **** coming our way over the next two years or so.

Never mind other games between now & then... my bank account is doomed. O.O

Yeah I've backed so many great looking games lately, when they all start to come out I won't know what to play first!

o.O How the hell
Your using one of my online names
IMPOSTER

Excuse me good sir, but I have little respect for such riffraff who has the audacity to possess multiple names and then accuse others of stealing one of their many!

I AM THE EGGMAN
THEY ARE THE EGGMEN
I AM THE WALRUS!

Thanks for all the support guys! We really do appreciate it!