After 42 days on Greenlight, GunHero was Greenlit!

GunHero was Greenlit after 42 days over 2300 unique site visitors! The game got a little over 730 votes, which was enough to get the game into the patch of games that were lit today! 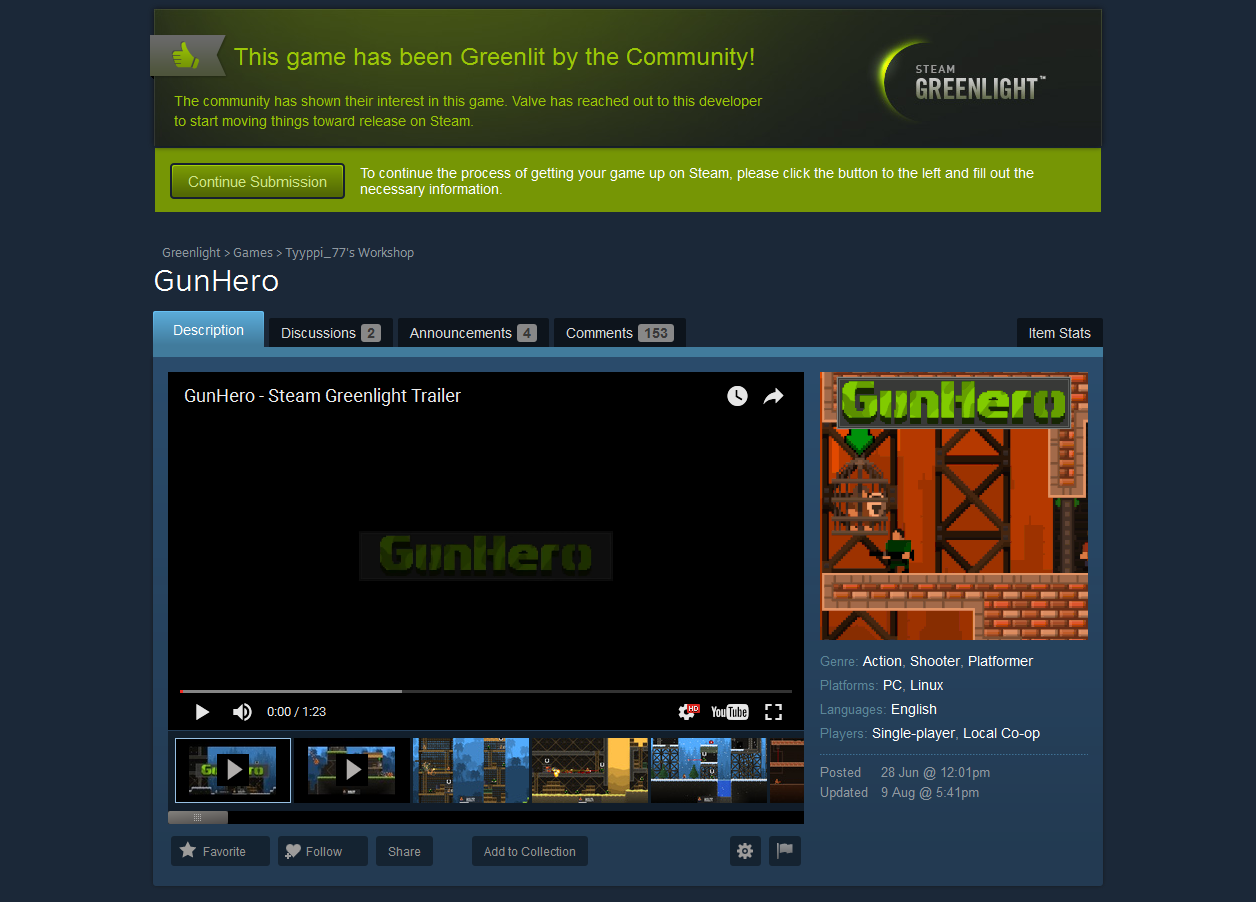 There's obviously a lot to do still in the game, but this definitely provides me an extra bottle of that precious motivation! I'll try to write a post about new content at the end of this week.