We basically dug into the WHOLE ENTIRE guts of the game, ripped them out, polished them up, and stuck them back in. The previous inner workings of all the game's web technology had taken us just about as far as they could, so it was time to give them a viking's funeral and start fresh.

This patch took us an extra couple of days to get out, because we basically dug into the WHOLE ENTIRE guts of the game, ripped them out, polished them up, and stuck them back in. The previous inner workings of all the game's web technology had taken us just about as far as they could, so it was time to give them a viking's funeral and start fresh. So, what all happened? LET'S TAKE A LOOK!

We've been trapped inside tiny level cards for too long. Frequently our players have asked us whether they can do this or that with their levels, and our answer has always been, "We'd like to add that feature, but WHERE WOULD WE PUT THAT?" Well, now we have an answer! EXPANDABLE LEVEL CARDS!

You can now click a convenient button on any level card to pop it open and see a whole bunch of new information about the level. We can show stats that previously would have crowded the card, and we can even show a full leaderboard! Oh, and with all this extra space comes room for more buttons.

One of those buttons is a new "Like" button, so you can give props to a level without necessarily keeping it in your favorites list forever! "Likes" were something that wasn't possible given our original infrastructure, but with this new rebuild, IT'S LIKE CITY! And while we were in there, adding new buttons to the level cards, we thought... HEY! Why don't we add...

With the new "Clone" button that can be found on your level cards, you can duplicate any old level you've made back into your workshop! 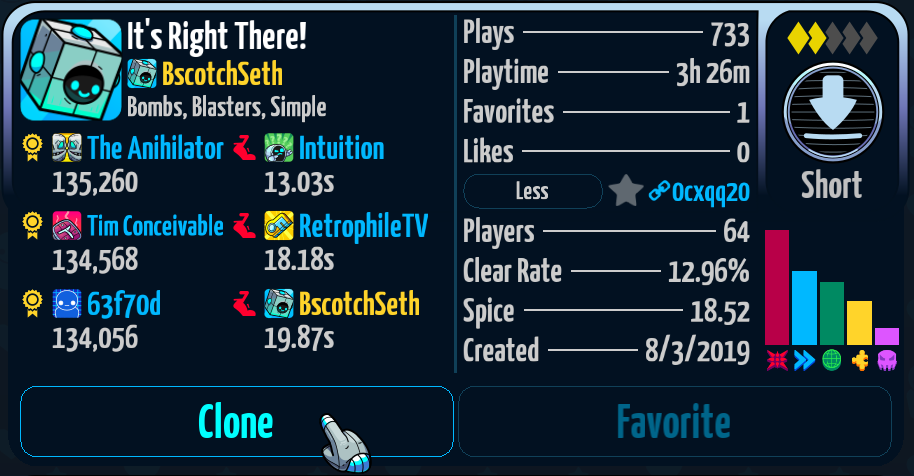 Maybe you had an old level that broke due to a physics change, or perhaps you built a castle-themed level before Spookstone was added to the game. With cloning, you no longer have to sit back and wish you could fix the mistakes of the past! You can copy any of your old levels, and then update their visuals, make sequels, add new concepts or sections, or even add new items that have been added to Levelhead since you last published the level. Do whatever you want! It's your level!

Then, you can publish the clone as a fresh level into the Marketing Department and get all those DELICIOUS PLAYS!

Oh, you may have noticed that there are icons on the level cards! WELL YOU NOTICED CORRECTLY. While we were updating the level cards to have more information, we also wanted to take this opportunity to give creators more expressiveness. So now, in the level details page, you can choose an icon for your level! 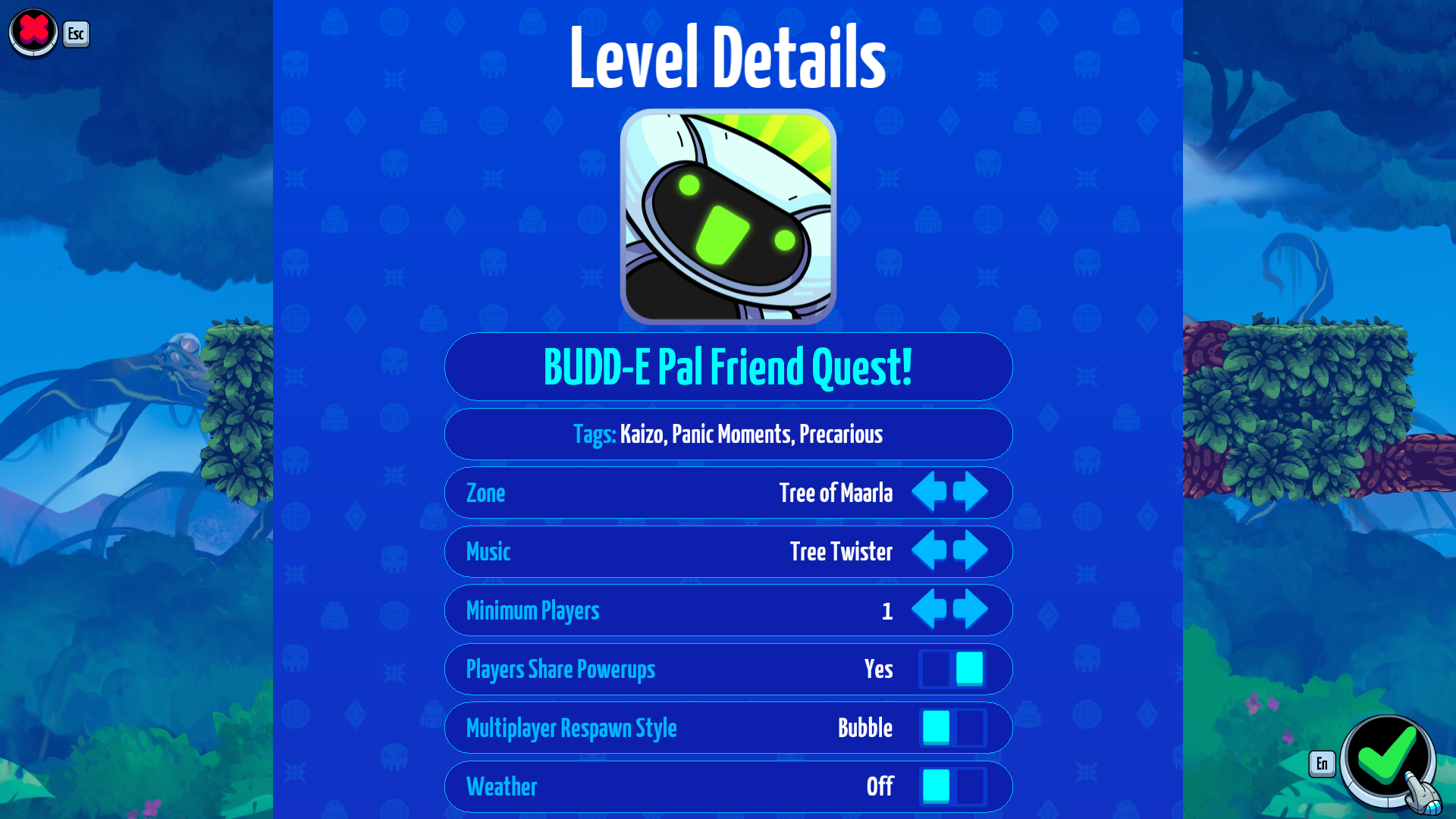 We wanted to make sure you could maximally express stuff about your level using these icons, so we made player avatars and level icons pull from the same pool, and we also added a whole bunch of icons to that pool! 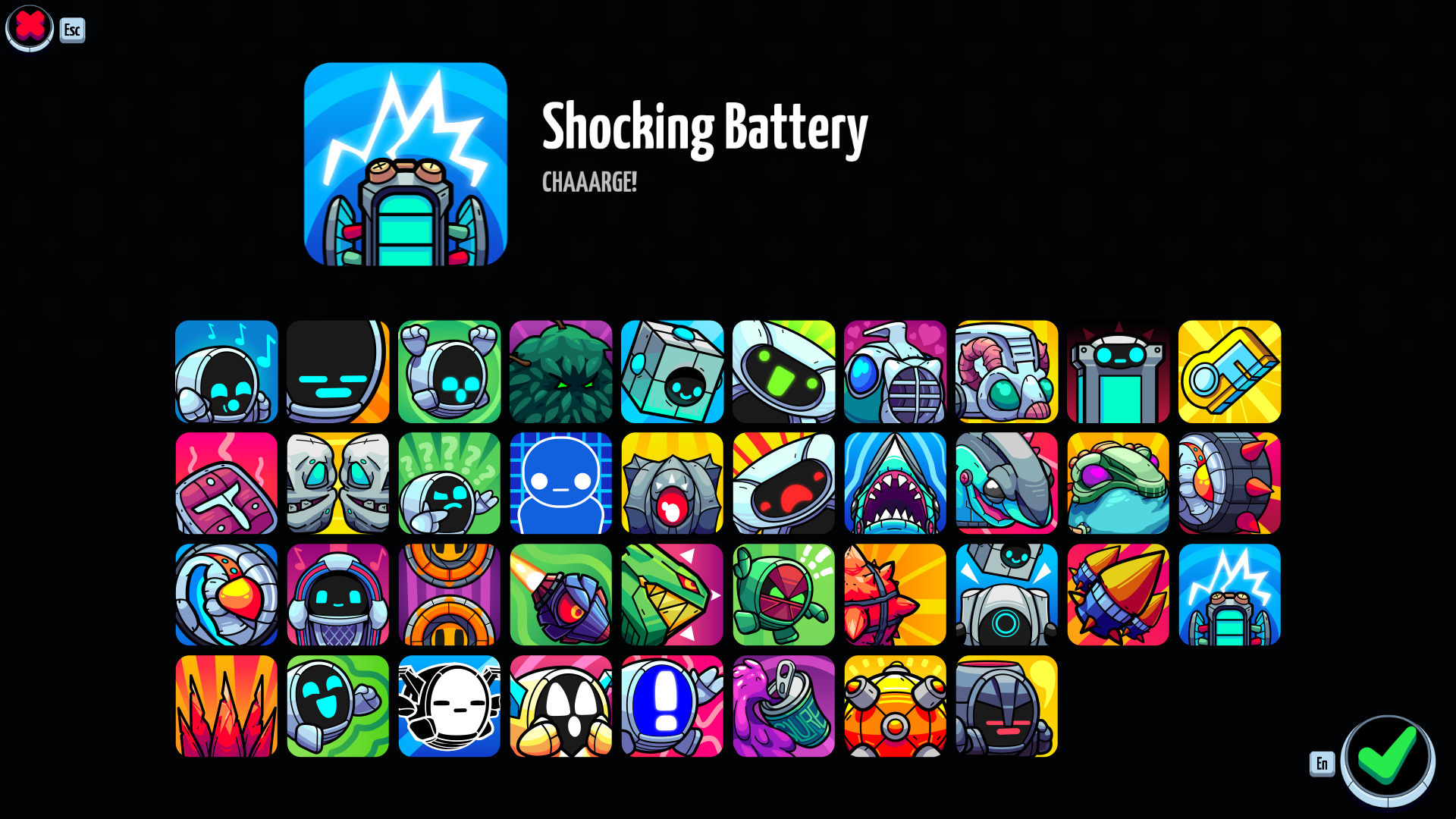 Over time, we plan to also add a bunch of unlockable icons to this set, but we think this is a pretty good starting point! Oh, and all old levels have been given random icons. Will those icons make sense for each level? No. No they will not. But they look nice!

Before I get into this feature, I want to talk a little bit about this big web infrastructure change. Here's the deal! There used to be a whoooole bunch of stuff that only lived in your save file. Stuff like your favorites, what levels you've beaten, and who you are following. Basically, big lists of stuff. With this new patch, we've built systems on the web to handle all those lists. And when you log in to Levelhead, your lists will be pushed up to those new systems, and will no longer live just in your save file.

One of those lists is the list of people you are Following. Because that list will now live on our server, we can also reverse-engineer it and ask our server this question: "Whose Following list am I in?" In other words, who is following me? 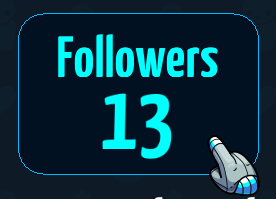 YEP, THAT'S RIGHT. Your number of followers isn't just a statistic anymore. You can actually see the list now!

Last but not least, the notifications page got a facelift! And a back-lift! 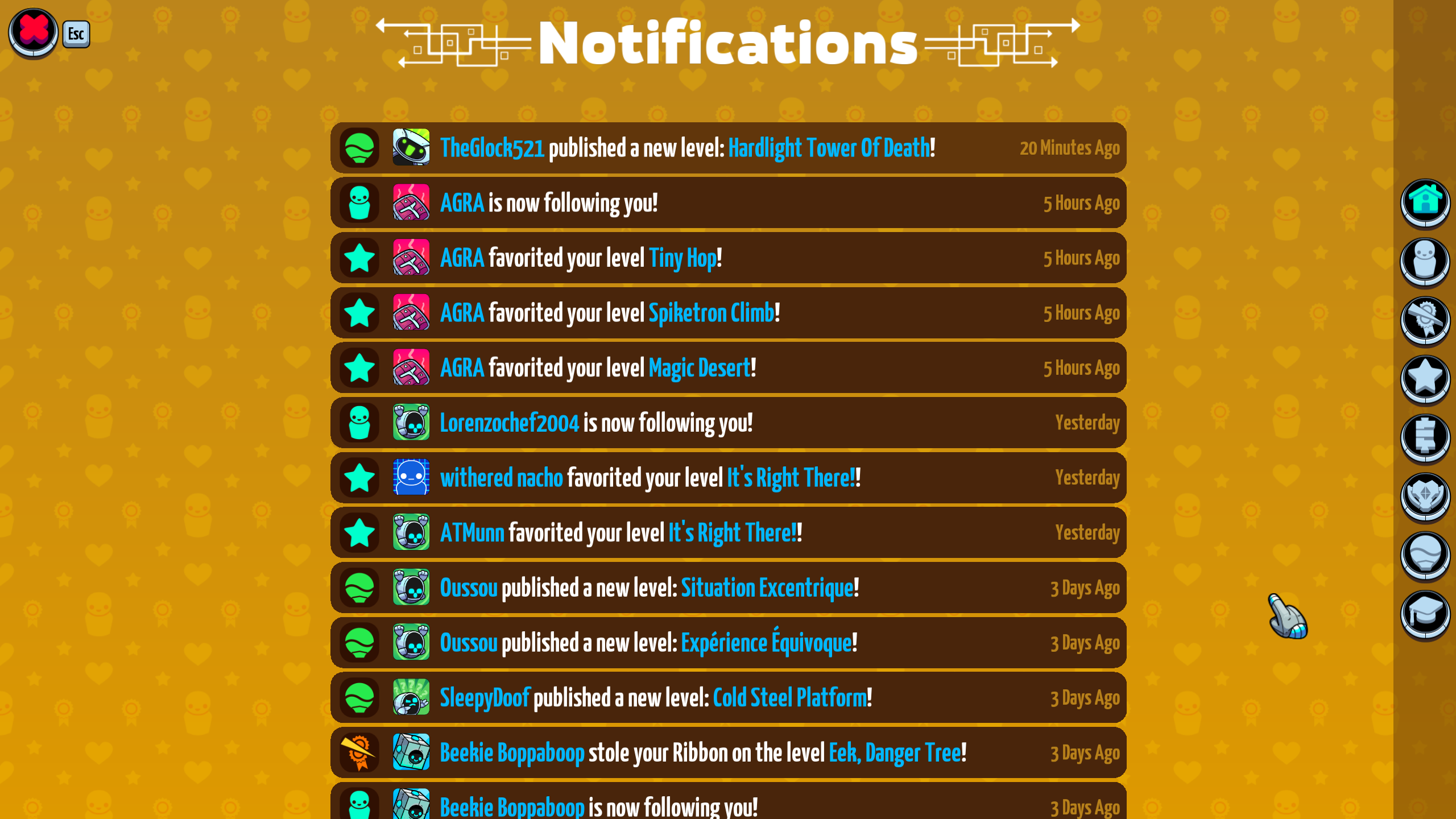 There is a quirk here, though -- the filtering system only applies to new notifications that were made after this patch. So when you click those filters in the first few days, there may be very few or no notifications in there. Don't worry! It'll all work itself out in the end!

There Will Be Weirdness

This update involved taking a lot of information that the server didn't previously know, and moving it all to the server. That means you're going to see some pretty wacky numbers on certain stats for a while. You'll probably see the number of favorites on your levels drop down at first, as well as your number of followers, and some other stuff, too!

Don't be alarmed! You didn't actually lose any followers, and your levels didn't lose any favorites. Once those people who have favorited your levels or followed you log in after this patch, their data will get synced with the server, and they'll be added back into the counts.

We have also updated how the Level Feed is handled on your profile, so that you can follow as many people as you want. The feed will now only show you new levels published after you started following that person, and after this patch is released. Although this is slightly less cool than having your feed populate with every level of all time made by every person you're following, this change does allow us to totally remove the cap on how many people you can follow. So it's a worthwhile tradeoff!

This kind of huge back-end update is the exact type of stuff that Early Access is for, and we're grateful that our community is so understanding in letting us do this kind of stuff with minimal fuss. It has truly been a blast working on this game up to this point, and it's all thanks to the support our community has given us. You're all the best!

See the full patchnotes. Also if you have not bought the game yet, grab Levelhead over on Steam or download a free demo on Itch and make some levels :D